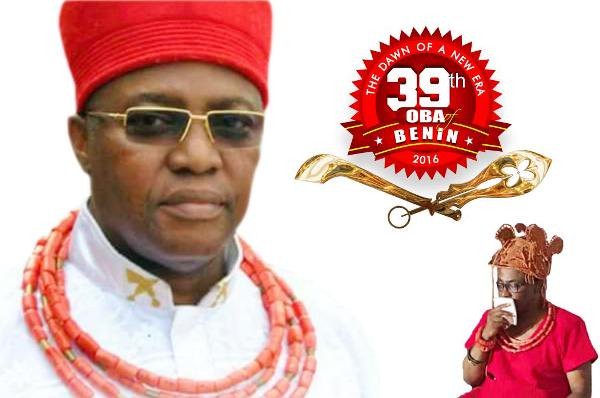 Pa Aghaku was suspended and stripped of his traditional duties as Odionwere for allegedly violating the cultural, traditional norms and practices of Benin Kingdom, according to a statement by the Oba’s Chief Press Secretary, Mr Desmond Agbama, on Saturday.

He (Aghaku) had during an open mediation held weekly at Ugha-Ozolua in the Oba’s palace been accused of allegedly operating a community development association, which had been outlawed by the state government.

He was also accused of allegedly “splitting the village into two”.

‎Not pleased with the development, Oba Ewuare II directed the second in command in Evbiekoi, Pa Airenmwinkiekie Imasuen, to assume the position of Odionwere.

He also stated that the Oka-Ighele, Monday Odigie, would perform the traditional rites of Odionwere in Ogue-Edion, in line with the culture and tradition of Benin kingdom.

The Oba, therefore, warned youths still parading themselves as CDA members in villages and towns and within the Benin Kingdom to desist from such or ‎risk being handed over to the Private Property Protection Committee, led by the immediate past Inspector-General of Police, Mr. Solomon Arase.

In related development, the monarch urged property owners, who houses were affected by a court judgement delivered in favour of one Pa Samuel Emokpae over a disputed parcel of land to approach him (Emokpae) for settlement.

The monarch resolved that since the court had already delivered judgment in connection with the piece of land located in Ikpoba-Okha Local Government Area, the palace had no other resolution to make on the matter.

He, however, urged Pa Emokpae to show mercy on the house owner by accommodating them and accepting to settle the matter amicably.

The Oba also advised the affected parties to report back to the palace in order to brief him on the outcome.