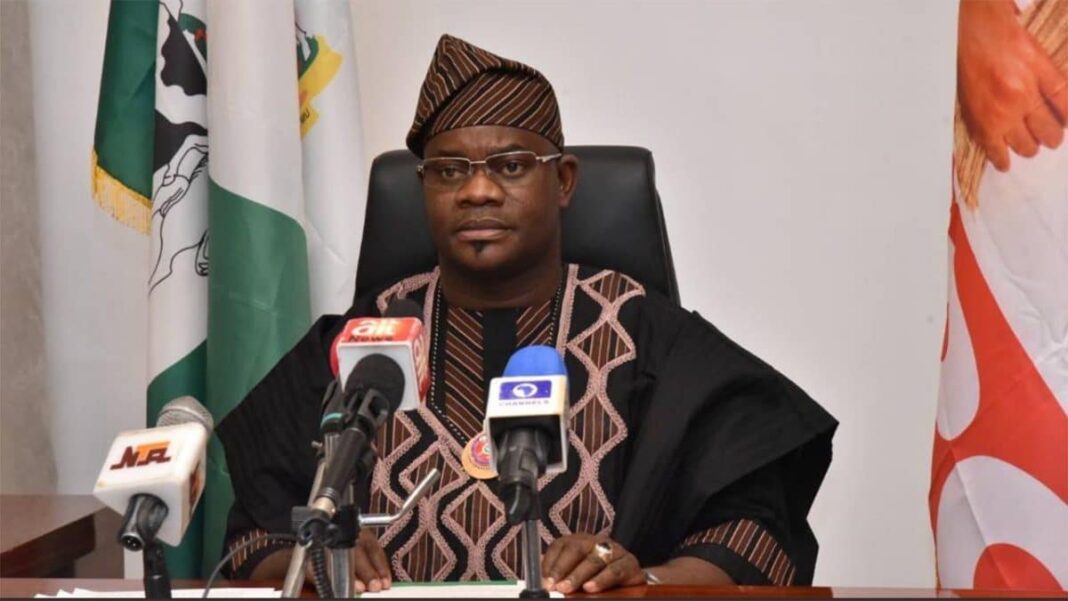 Nigeria news : Yahaya Bello govt reveals those funding attacks in Kogi State, The Kogi State Government has warned that “stern measures” will be taken to “neutralize those behind the attack on defenseless citizens of the state.

It said the state government was working hard to unlock “strong suspicions of external sponsorship of terror against the people of the state by people who wants to swim into 2023 in the blood of Nigerians.”

Speaking with newsmen in Lokoja, Saturday, the Special Adviser to the Governor on Information and Communication Strategy, Evangelist Kingsley Fanwo, said the Tawari attack has further exposed the fact that some powerful individuals in the country were “striving to play politics with blood by discrediting the much-credited security Architecture in Kogi State”, assuring the people that those behind the attack will be “apprehended and made to face the music.

“There are certain individuals who thought we did not know the roles they played in the build up and even during the November 16 Governorship election in the State when they worked against the party because their second eye was already on the 2023 Presidential election.

“The Governor of Kogi State was recently re-elected to pilot the affairs of the State, the mandate which reaffirmed the confidence of the people in the Governor. One of the biggest positives that worked in the Governor’s favour was his success at securing the state.

“Governor Yahaya Bello is committed to serving the people in justification of the overwhelming endorsement by the electorate. His focus is Kogi State and the well-being of the people. Those who don’t know what will happen in January 2020 are already looking at 2023.

“We call on the security agencies to dig deeper than normal to unravel the masterminds of the Tawari attack and their sponsors. The Government of Kogi State will do everything constitutional to
protect her citizens. Our people should keep working with security agencies by giving information timely to prevent crimes.

“On the part of Government, efforts will be reset and refocused towards maintaining peace and order in the state,” he stated.

Fanwo also reassured the people of Tawari and its environs that Government is “staunchly in solidarity with them to keep them consoled and safe from further attack”, saying efforts are in top gear to step up “the tempo of surveillance and patrol across the State”.

He said, “there is a need to step up surveillance across the State and the Security Committee will soon be meeting to open up more conversations in that regard. We are also looking at injecting more technology into our security architecture to combat the new strategies of the enemies of Kogi State”.

He thanked President Muhammadu Buhari and the security Chiefs for their reaction to the “unfortunate incident sparked by unseen hands who do not want peace in Kogi State”, saying the Government and the people of the State will continue to work together to defeat criminals and their sponsors.