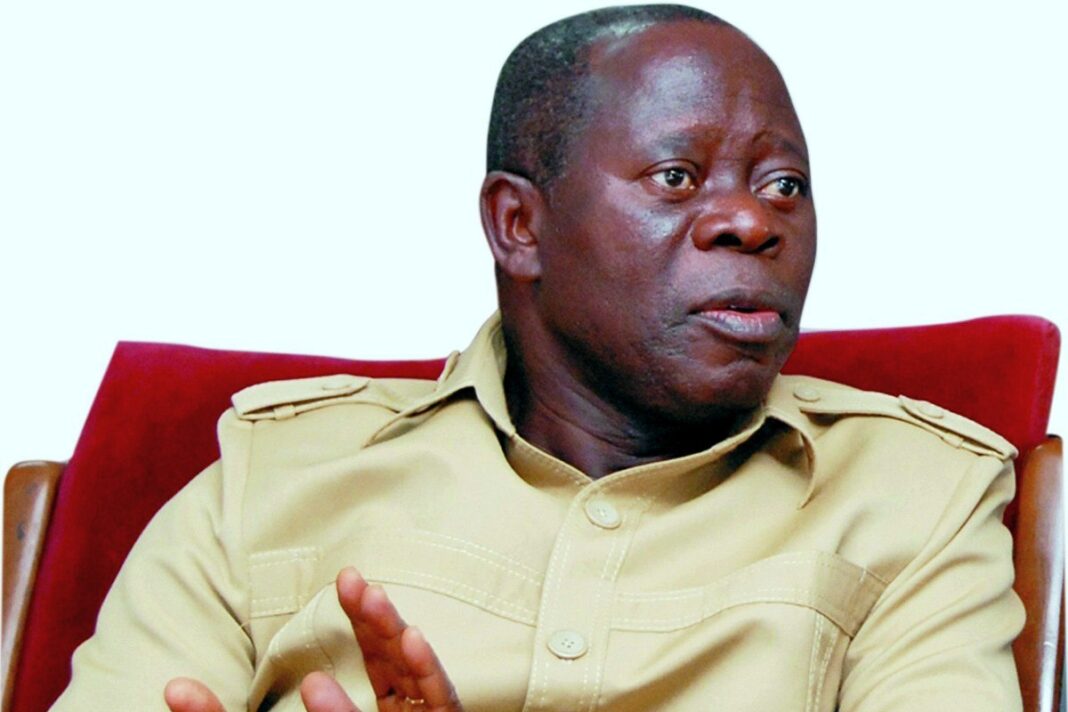 The National Chairman of All Progressives Congress (APC), Adams Oshiomhole, has commended President Muhammadu Buhari for approving a reduction in the pump price of Premium Motor Spirit (PMS) also known as petrol from N145 to N125 per litre.

This was contained in a statement issued on Wednesday in Abuja by his Chief Press Secretary, Simon Ebegbulem.

It quoted him to have described the President’s decision as “a product of a progressive mind driving the machinery of a responsive, responsible and compassionate government.”

The statement reads: “On behalf of the National Working Committee of our great party, the APC, I commend our dear President, Muhammadu Buhari, GCFR, on his decision, which received the approval of the Federal Executive Council (FEC), to reduce the pump price of petrol from N145 to N125 per litre.

“This clearly shows how progressive-minded the APC administration under President Muhammadu Buhari’s leadership is.

“It is also indicative of how compassionate the administration is in the desire and effort to align with the current global economic realities foisted on us by the fall in crude oil prices.

“Without a doubt, it is also, very largely, a measure of the administration’s responsiveness to the need for accountability in public finance management and openness in governance.”

Oshiomhole noted that since there is a crash in global crude oil prices, the APC-led Federal Government ensured that it did not toe the path of some previous administrations by not responding to the obvious direct effects of the crash.

He blasted that it would be the eternal credit of the APC-led Federal Government on the watch of Buhari that the unprecedented decision was taken to ensure that Nigerians benefit from the reduction in the price of Premium Motor Spirit.

“We doff our hat to all members of the President’s team in the FEC for thinking this decision through and quickly announcing it to palliate the burden that the crash would have had on Nigerians if this decision had not been taken to reduce fuel pump price to N125 per litre”, the statement concluded.