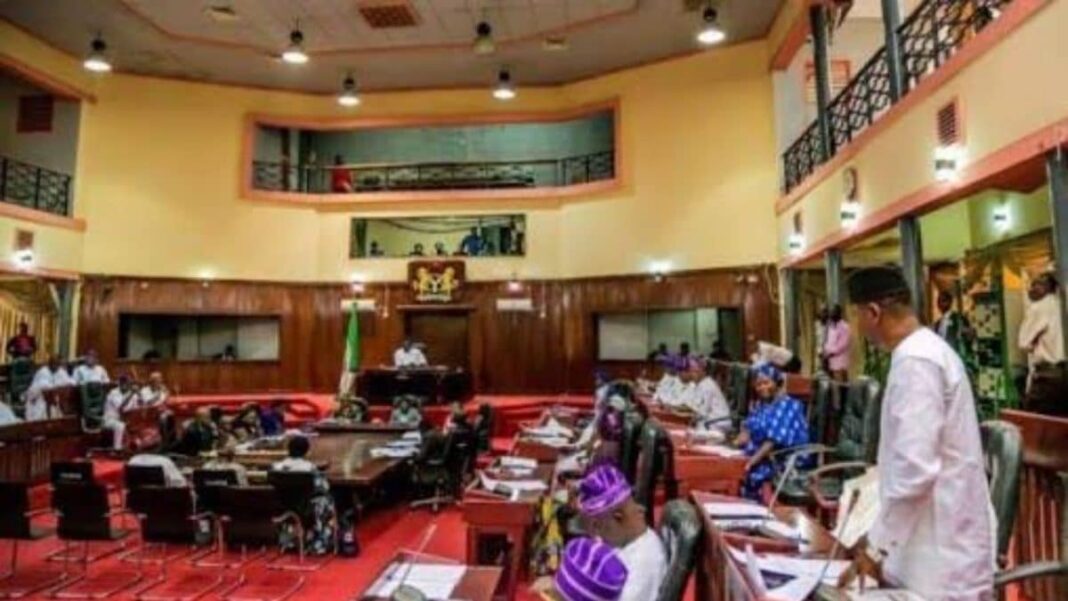 The bill, which is an executive bill, was brought to the House by the state Governor, Mr. Seyi Makinde in July this year.

wowplus recalls that Makinde had in June, while promising to set up anti-corruption agency said he was ready to surrender his immunity if found guilty.

Makinde while speaking during a two-day induction programme organised for members of the 9th Oyo State House of Assembly insisted that his administration will establish an anti-corruption agency, “Oyo State Anti-Corruption Agency” that will tackle all forms of corruption in the state.

The bill, DAILY POST reports was however, passed by the House during its plenary presided over by its Speaker, Adebo Ogundoyin on Tuesday.

The passage of the bill followed the third reading and presentation of the report of the Committee on Public Account, Finance and Appropriation.

The house Committee had earlier conducted a public hearing where opinions and submissions of stakeholders were received, collated and thoroughly scrutinized and considered in October.

Chairman, House Committee on Public Accounts, Finance and Appropriation, Kehinde Olatunde while speaking said the establishment of the anti-graft agency became necessary due to the fact that the Economic and Financial Crimes Commission and Independent Corrupt Practices and other Related Offences Commission (ICPC) are overburdened with too many cases.

Ogundoyin, while speaking on the bill said the anti-cortuption agency was aimed at controlling and regulating finances as well as preventing corruption among not only among the political office holders but also among public servants and other residents in the state.

He said when fully operational, the anti-graft agency in the state will assist in attracting more local and foreign investors to the state.

He added that the new law will also help in presenting Oyo state Government as a transparent administration and one with zero tolerance for corruption.

“The law establishing the agency has been so designed in a way that will not hinder or duplicate the activities of federal ant,-graft agencies including the EFCC Abd ICPC but will further complement their activities to completely rid Oyo state of corrupt tendencies and practices.

“If Governor Seyi Makinde could promise to present himself for probe by putting aside his immunity in case of allegation of impropriety, then the people of Oyo state and indeed Nigeria should be convinced of the readiness of the PDP led Government in the state to run a transparent and corrupt free administration.”

He added that the bill was in line with the promise of the state Governor, Mr. Seyi Makinde shortly after taking oath of office as the Governor of Oyo state to domesticate the anti-graft agency and wage total war against corruption and financial impropriety.