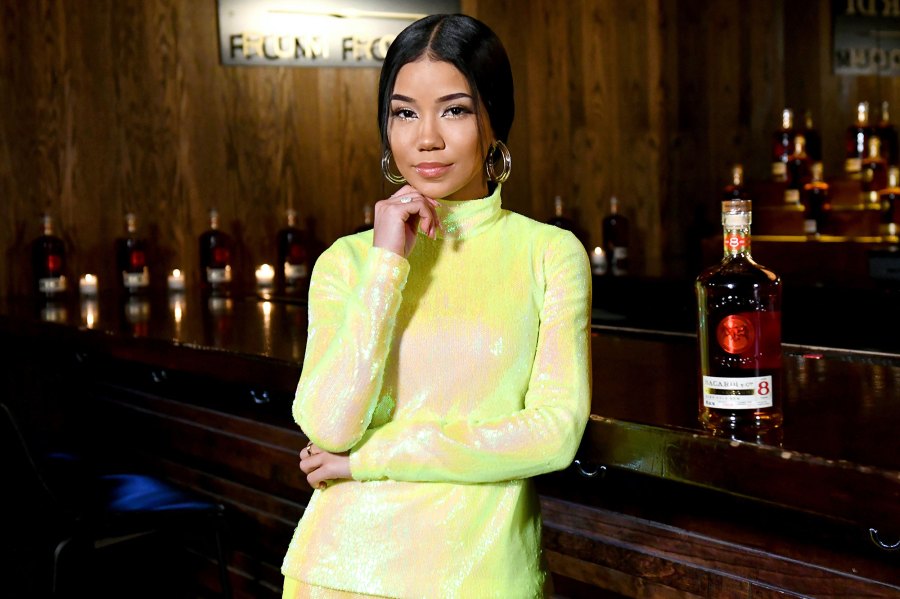 Jhene Aiko Says She and Big Sean Are Just ‘Close’ Friends
Just friends? Jhené Aiko and her ex-boyfriend and longtime collaborator Big Sean see eye-to-eye when it comes to making music, but romance-wise the two are in the friend zone.

“We are, we’re just so close, I don’t know,” Aiko, 31, told Us Weekly exclusively at the Bacardi Rum Presents the Rum Room event in New York on Thursday, November 21, about her relationship with the rapper. “I don’t know. None of your … Yeah, none of your concern.”

The two artists recently collaborated on Aiko’s single, “None of Your Concern,” and according to the Los Angeles native her ex is still an ex, although they are very similar.

“We’re definitely, we’re actually a lot alike,” she said. “We’re a lot alike, so it is really easy for us to collaborate.”

“None of Your Concern” isn’t the first time the two former flames joined forces musically. Following their breakup in December 2018, the pair teamed up for Big Sean’s “Single Again” in July 2019. They also worked on a joint project, Twenty88, back in 2016.

“We’re constantly just feeding off each other, or, giving each other little ideas, little bars here and there, and like, ‘Oh, maybe you shouldn’t say that. Maybe you should say it a little more like this,’” the “Triggered” singer told Us.

She continued: “Sometimes we listen to each other. Sometimes we’re just like, ‘Ah, that’s a good idea, but I think I’m going to stick to this.’ So, I think it’s just, we’ve been friends for so long … that it’s just easy for us to work together.”

When it comes to her next album, the “Sativa” artist is ready for her fans to see her growth and how hard she worked.

Stars Who Have Surprisingly Never Won a Grammy

“Amazing collaborations on there,” she said. “This one, it was, like, I just had — yeah, everything at my disposal, so I was just, I got everyone that I wanted. So, I’m excited for people to hear that.”

Aiko and Big Sean, 31, began dating in 2016 and called it quits in December 2018. Us confirmed the breakup news in February after a source said, “I wouldn’t say it was amicable. But now they are civil towards each other.”