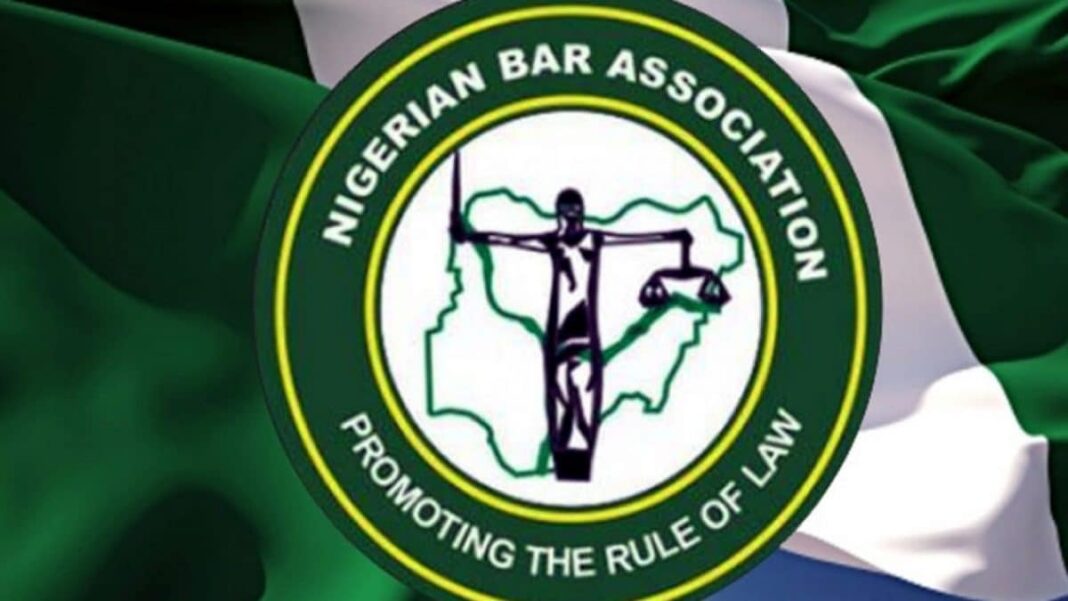 The Nigerian Bar Association, NBA, Owo branch has described as barbaric and recklessness the killing of a haulage truck driver by a policeman attached to the Ondo State Police Command.

According to the NBA in a statement issued on Tuesday by the branch Chairman, Tajudeen Olutope Ahmed emphasized that the act was an act of bestiality which negates the right to life as entrenched in the constitution.

Recall that DAILY POST had reported how a policeman at Uso checkpoint shot at the driver who was on transit through the state at close over argument of N50 bribed demanded by the trigger happy police.

While stating that the unprofessional conduct of the policemen at the Uso checkpoint is unbecoming, the NBA Chairman berated the police authority for allegedly turning a blind eye on the embarrassing attitude of its men who he said are found of harassing citizens who they are to protect.

The statement reads, “NBA Owo branch condemns in strong terms the dastard act of the police officer that led to the untimely death of a citizen. As far as the Bar is concerned, the killing of the truck driver by the errant policeman was barbaric, gruesome, unwarranted and condemnable. It was an affront on the constitutional rights of citizens to life and freedom of movement. It was a most despicable act of bestiality.

“As an organization whose major focus is ensuring the promotion of the rule of law, NBA Owo branch has always been concerned about the reckless, arbitrary and naked display of brutality by the policemen on Uso roadblocks. In some cases, members of our branch have had cause to intervene whenever policemen on Uso roadblocks are out to harass, assault and dehumanize commuters. The killing of the innocent truck driver by the lawless, reckless and tactless police officer was the crescendo of the unsavoury acts of the policemen mounting roadblocks at Uso.

“While saluting the timely response of the Ondo State police command to the ugly and unfortunate incident through a press release issued by the Police Public Relations Officer, Mr. Femi Joseph; the Ondo State police command should take a step beyond the mere condemnation of the uncivilized act of the police officer by ensuring that only police officers with confirmed stable psychological and mental status are allowed to man police checkpoints. The attitude and behaviour of most of the police officers at police checkpoints calls for serious concern, worry, and attention.

The statement further read that, “NBA Owo branch noted with delight the resolve of the Ondo State police command to ensure that the culprit of the “Uso police murder” is made to face the full wrath of the law. The branch hereby expresses her willingness and readiness to assist in the due and diligent prosecution of the culprit, on pro bono publico basis.

“NBA Owo branch frowns at the lackadaisical attitude of the police authorities to the rampant habit of bribe collection by police officers at police checkpoints. This act of corruption and ineptitude was the precursor of the horrible and heinous police killing of innocent truck driver at Uso. Even when the police checkpoints are supposed to fortify the security of the citizens, the checkpoints have been turned into corruption centres and unsecured posts consequent upon bribe collection.

“Finally, the Bar condoles with the family of the deceased and assures the family of standing with her in getting justice on the unwarranted killing of her illustrious member. As an advocate of the rule of law, NBA Owo branch declares the killing of the truck driver at Uso by the errant police officer as extrajudicial, uncivilized, illegal, and unlawful.”