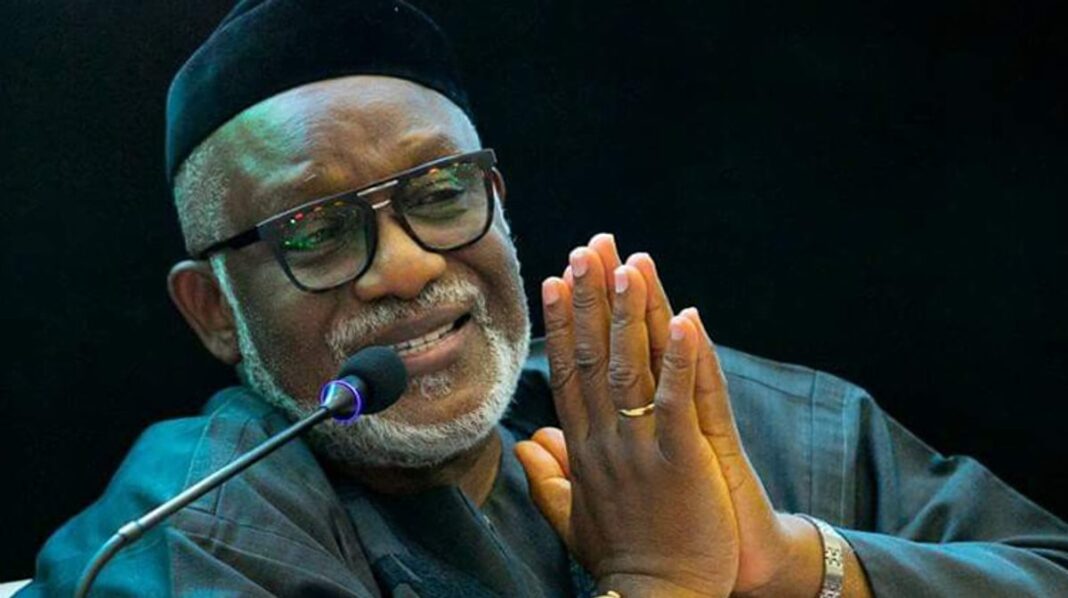 Governor Oluwarotimi Akeredolu of Ondo State has called on the police to hasten the release of the Federal High Court Judge, Ondo division, Justice Abdul Dogo from his abductors.

Recall that Justice Dogo was kidnapped alongside his driver by gunmen suspected to be kidnappers while on their way from Abuja to Akure on Tuesday evening.

The governor who spoke through his Senior Special Assistant on Media and Publicity, Ojo Oyewamide via a statement stated that, “the Governor of Ondo State, Arakunrin Oluwarotimi Odunayo Akeredolu has received with concern the news of the abduction of Hon. Justice Abdul Dogo.

“Justice Dogo is a Judge of the Federal High Court, Akure Division, and was said to have been kidnapped at Ibilo, Edo State, while returning from Abuja.

“Notwithstanding that the unpleasant incident happened outside the territory of Ondo State, Governor Akeredolu says the kidnap of any Nigerian anywhere must elicit a pan-Nigerian reaction and empathy.

“In this particular case, Mr Governor is disturbed and deeply concerned that Dogo serves the Federal Judiciary in Ondo.

“While charging the Ondo State Police Command to synergize with its Edo and Kogi counterparts to effect the early release of Justice Dogo, Governor Akeredolu admonishes that seemingly incorrect narrative on the heels of such critical situations as kidnap are capable of disrupting the focus and attention of the appropriate intelligence architectures.

“The case of Justice Dogo who was said to have been kidnapped in Ondo rather than Ibilo in Edo State is a relevant case study that could hamper proper and adequate intelligence gathering.”