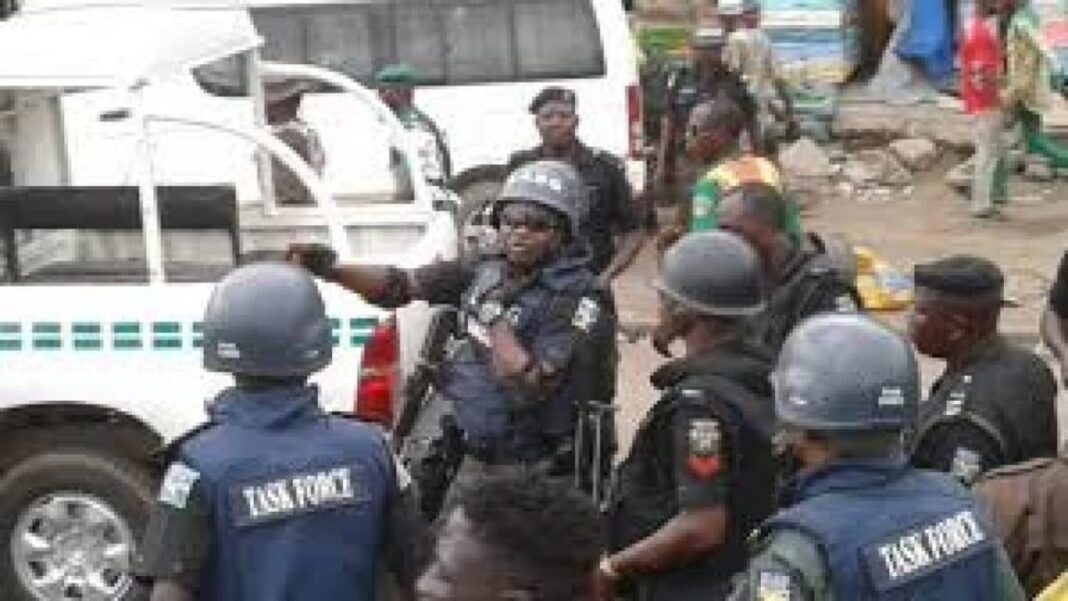 Personnel of the Special Anti-Robbery Squad (SARS) in Borno State, on Tuesday, successfully foiled an ambush by Boko Haram terrorists at Mainok Village, along the Damaturu-Maiduguri Road.

It was gathered that though the insurgents engaged in a heavy gun battle with the SARS troops, they were swiftly overpowered.

In a video clip obtained by PRNigeria on Wednesday, the SARS Commander who led the operation, explained to a senior Army officer on patrol at Mainok, that his men gallantly, professionally and fearlessly repelled the attack, eliminating some of the Boko Haram members.

The Army senior officer, while hailing SARS troops, appealed for a strong joint-collaboration between Army troops and Police personnel in prosecuting the counter-insurgency war in Borno, and other parts of the North-East.

Some of the Boko Haram fighters were killed while others escaped with serious injuries during the gun duel.

The Police troops recovered four gun trucks from the terrorists.

The United Nations (UN), Arewa Consultative Forum (ACF), among others have expressed concern over attacks on commuters along Damaturu- Maiduguri road by Boko Haram.

Below is a video of an interaction between the Police SARS and the Nigerian Army troops after the attack.