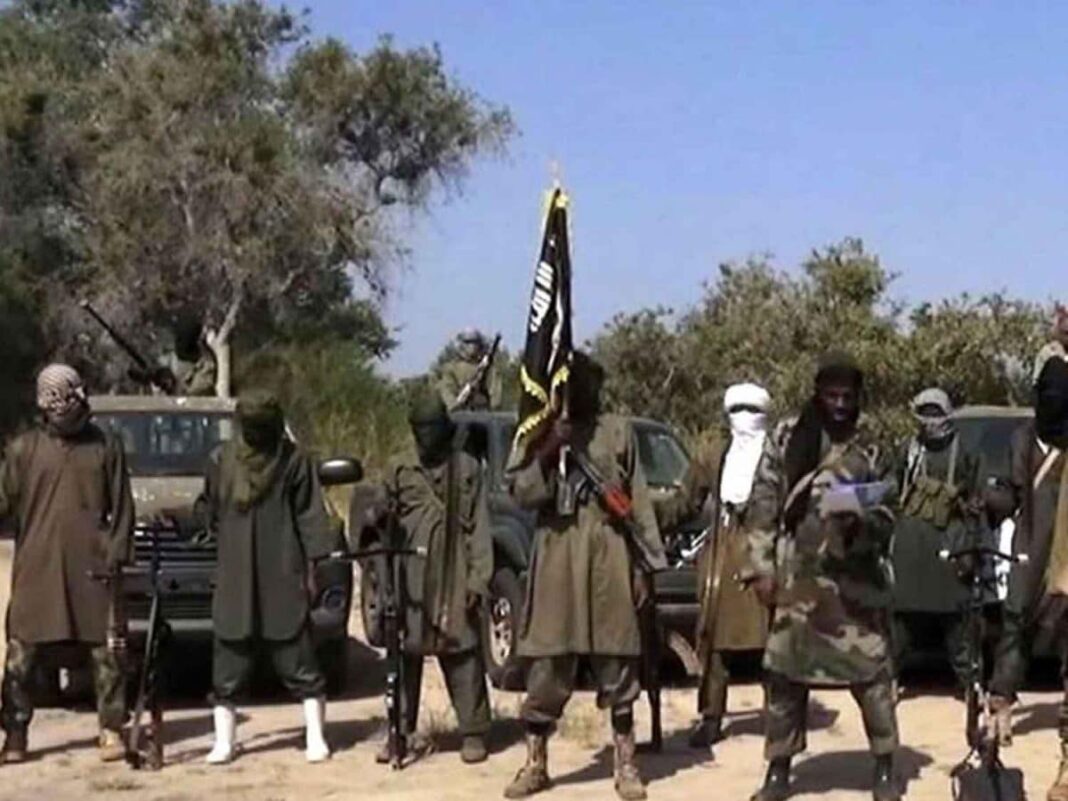 “The resilient troops, supported by the Air Task Force OPERATION LAFIYA DOLE, while marching against extreme odds posed by marshy flooded terrain to clear NJARWA and DUGURU Villages made contact with the criminals who were hibernating in the area.

“The troops, having successfully cleared both villages, took up a harbour position at which remnants of the criminal ISWAP terrorists decided to cowardly attack them from their rear. The dogged troops immediately responded with superior firepower, outmaneuvered the criminal insurgents and handed them a well-deserved defeat in the process.

“The Boko Haram criminals who were mounted in 4 Gun Trucks with the intention of overrunning the troop’s harbour position from the rear. In the aftermath of the fierce firefight that ensued, the gallant troops succeeded in neutralizing 13 of the ISWAP criminals.

“Fortunately, 2 of the wounded soldiers have already stabilized in a nearby military medical facility while the other 2 are awaiting air evacuation for further medical management.

“The Theatre Commander Operation LAFIYA DOLE, Major General Olusegun Adeniyi, on behalf of the Chief of Army Staff, Lieutenant General Tukur Yusufu Buratai, commends the troops for their gallantry and professionalism in the face of very daunting weather and terrain conditions.

“He also extended his appreciation to the Force Commander, Multi-National Joint Task Force for the wonderful collaboration and support demonstrated by his troops so far. He further urges the troops to keep the pressure on the criminal Boko Haram elements until they are totally wiped out. “