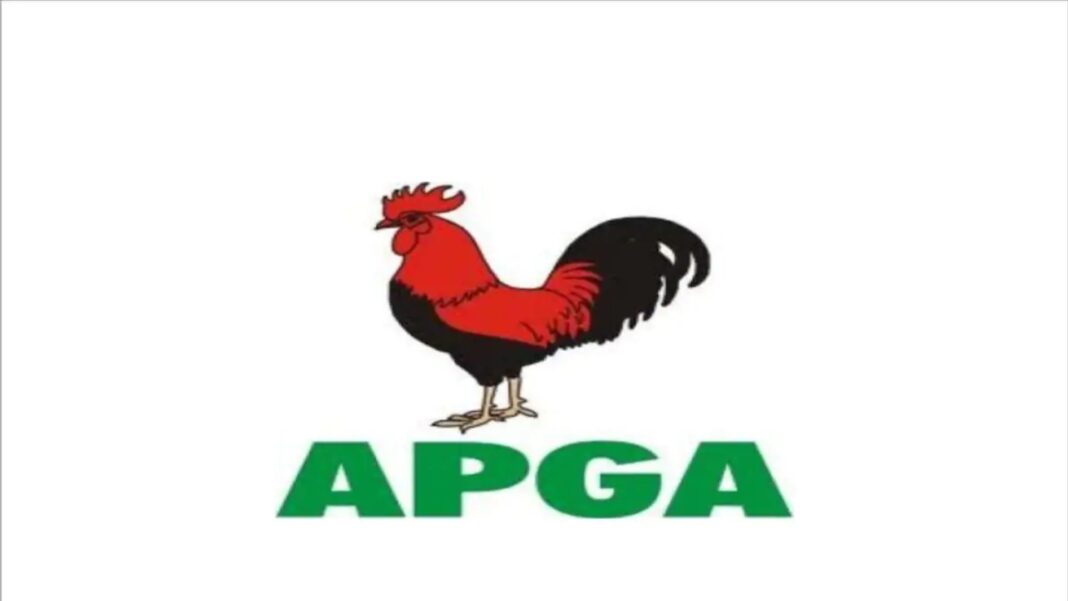 The immediate past Governor of Abia, Chief Theodore Orji, and the current Speaker of the State House of Assembly, Rt. Hon. Chinedum Orji, have been asked to resign offices respectively over the purported massive squandermania that rained under the Senator’s administration as Governor.

The call by APGA follows widely spread news reports claiming that the Economic and Financial Crime Commission (EFCC) had interrogated the duo over the discovery of N150 billion naira alleged fraud during Senator Orji’s administration as Abia Governor.

But, APGA, in a press release jointly signed by the Publicity Secretary of APGA in Abia state, Ebere Uzoukwa, and Ferdinand Ekeoma, the Media Assistant to the 2019 gubernatorial candidate of the party, Dr. Alex Otti, and made available to journalists in Umuahia, on Tuesday, maintained that it has been vindicated in its long held view that the former governor presided over an era of mindless stealing while continuing his toxic superintendence as a destructive godfather,with the attendant consequences of failure and underdevelopment.

The party opined that the duo have lost the moral right to represent the people of Abia, much more preside over untainted legislators.

According to APGA, “We understand that millions of Abians in particular and Nigerians in general have been expressing shock,disbelief and anger over the report due to the magnitude of the thievery and therefore join Abians in solidarity at this moment of sadness and sobriety.

“Like millions of Abians and Nigerians, we believe that Orji and his son committed the kind of financial crimes that bore the trademark of incurable lunacy, and left the legacies of impunity,ruins and absolute destruction which have placed the burden of perpetual suffering, sorrow and subjugation on millions of Abians.

“As strongly held by our Principal, Alex Otti,we believe that the fear of being exposed and brought to justice was the reason why Theodore Orji applied violence and brigandage to have a toothless lackey as his successor who could cover his atrocious acts as governor”.

It claimed, “The former governor was so blinded by greed and lust for public funds to the extent that he played down the place of God, and doubted his powers and ability to serve justice to man.

“We therefore enjoin Abians to remain strong and vigilant even as EFCC continues with its investigation aimed at returning all looted Abia funds as well as bringing perpetrators of financial crimes against Abians to justice, “APGA added.

Meanwhile, Ifeanyi Umere, the Chief liaison Officer to the ex-Abia governor, Senator Theodore Orji, when contacted via telephone by our correspondent over the allegation, declined to react, but said, “Yes, I have seen the report. I will speak as soon as I get directives from my principal”.