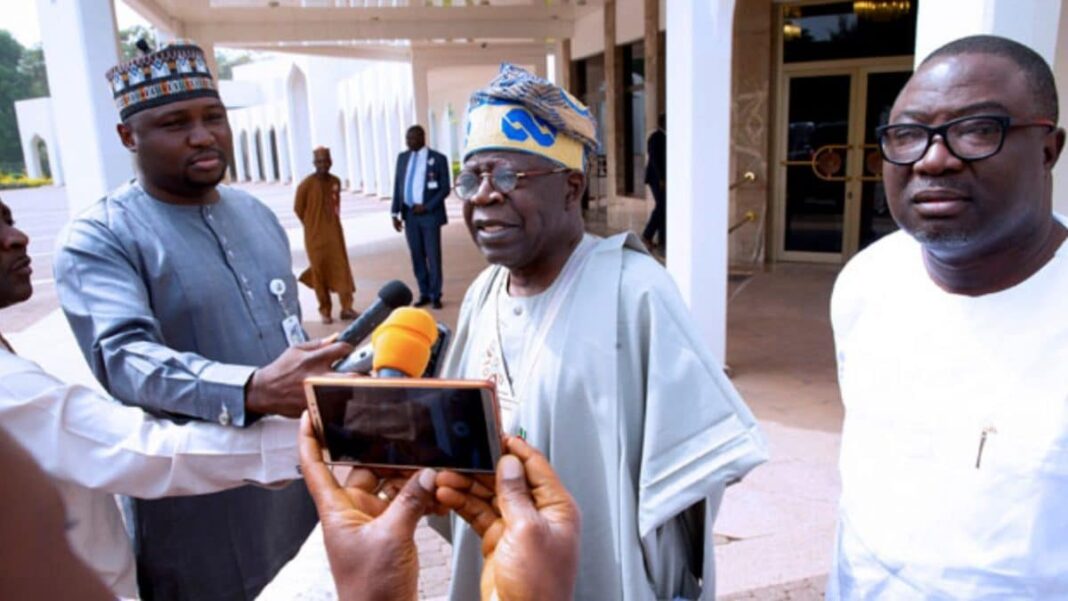 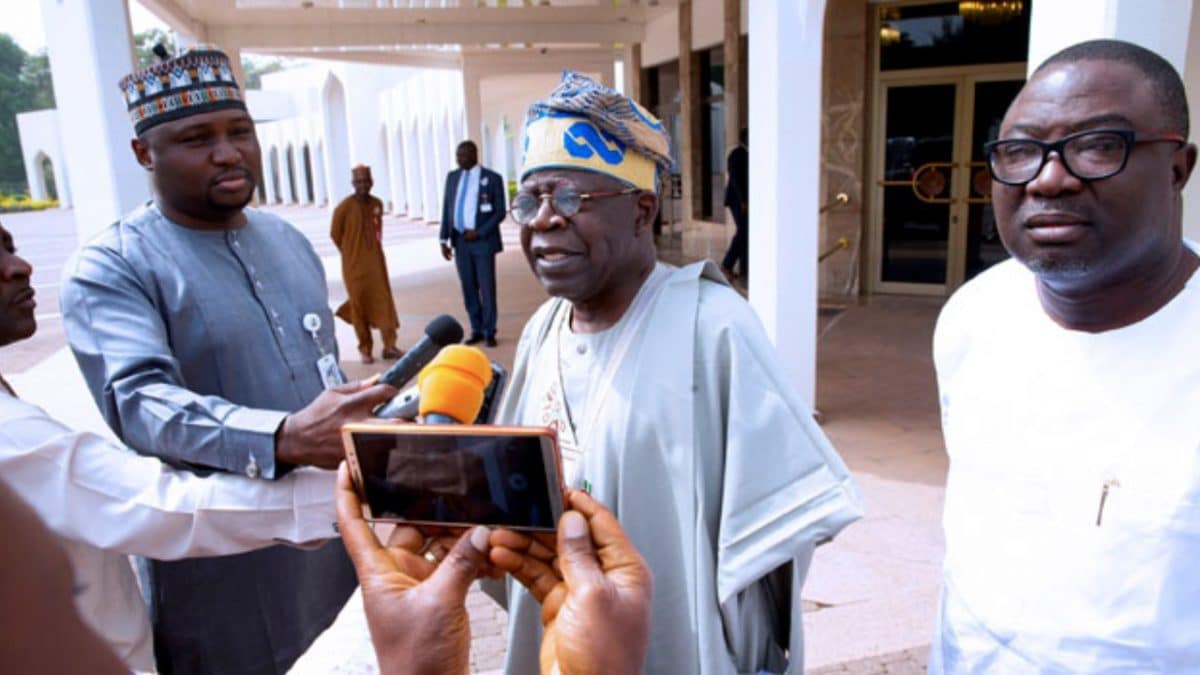 Nigeria news : Ametokun not threatening Nigeria’s security – Tinubu Said, The All Progressives Congress National Leader, Asiwaju Bola Tinubu, has called for private discussion between the Governors of the South-west and the Attorney-General and Minister of Justice, Mallam Abubakar Malami, over Amotekun.

He said the foundation of the country had not been put at risk with the South-West regional security outfit launched by the governors of the zone in a bid to confront insecurity in their states.

The former Lagos governor, however, warned that the fabric could be torn by what he called the “dangerous rhetoric of those who should know better.”

Recall that the governors of the Southwest had set up Operation Amotekun majorly for the purpose of curbing the menace of herdsmen killings and destruction of farmlands in the region.

But the Federal Government, through the Office of the Attorney-General and Minister of Justice, Abubakar Malami, declared the security outfit illegal

In a statement, he entitled ‘Discourse Over Amotekun,’ and made available to Wowplus.net on Wednesday, Tinubu also warned both leaders of the Southwest and the Federal Government to handle the matter with more caution.

In his first intervention in the controversy surrounding Amotekun, Tinubu said, “Those claiming that this limited, inoffensive addition to security threatens the Republic have taken themselves upon a madcap excursion.

“Those claiming that the Federal Government seeks to terribly suppress the Southwest have also lost their compass. Those who occupy these two extremes have sunken into the dark recesses of fear and political paranoia that can undo a nation if such sentiments are allowed to gestate.

“This issue has dominated recent discourse and media headlines. Distilled to its basics, it concerns how best state governments can assist with the safety and security of their residents. This is a matter of serious concern entitled to sober thought. However, it has been turned into a political tug-of-war. Fierce, often unthinking rhetoric, for and against, has crossed the lips of too many Nigerians. More subjective talking than objective thinking has been the fuel of this outburst.

“Question those in favor of Amotekun. Most have but the vaguest notion about it. They know few details yet vigorously attribute to its opponents the most negative intentions. Ask those who oppose Amotekun. They are equally ignorant of its provisions. They oppose the initiative not on its merits but merely because it was proposed by their political opponents or because they don’t see an avenue for personal gain from it.

“While colorful, the rhetoric has been disconcerting. How people have mishandled this matter demonstrates that we still have far to go in perfecting this democracy. Too much energy has been spent distorting this issue instead of seeking a resolution that supports the local enhancement of security while keeping the constitution intact. If this becomes the standard for how we handle disagreements then we will obscure Nigeria’s path forward with our own rubbish.

“In this matter, I do not see malign intent in the differences of opinion between the SW Governors as authors of Amotekun and the Attorney-General as the primary law enforcement officer of the Federal Government. Shorn of the overly dramatic language, what lies before us is but a step in the evolution of our federalism. This is an opportunity to more clearly define that federalism; but one cannot attain this better, more functional definition through overblown, emotional language. Objectivity and calmness are required. To a significant degree, the enduring quality of our republic will be established by the sagacity with which we handle disagreements regarding the division of power between federal and state governments. Such disagreements are inevitable. This is not the first. Nor will it be the last. We must devote our energies more toward solving problems rather than amplifying them.

“Seeking to fulfill their mandates by helping protect their people, the governors of the Southwest collectively established a program to buttress existing security mechanisms. Seeking to protect the constitution as best he could, the Attorney-General offered his opinion on what he believed the governors have sought to do. No one can blame either party for seeking to fulfill what they genuinely see as their public duty.

“Until now, I have deliberately maintained a studied silence regarding Amotekun. Many have tried to goad my swift public reaction. Those who have taken this road did so not because they care about Amotekun or even the people it intends to help protect. They did so knowing this had become a delicate and emotional issue for many. These cynics did so with the adversarial hope that, in haste, I might misspeak or misstep in a manner they could twist to their political advantage.

“Such people are possessed of a mercenary aspect that permits them to sacrifice almost anything, even jeopardize the very foundations of our political unity, if they might exact personal gain from the upheaval. In that they know no nobler purpose than their own appetites, we should feel sorry for them. However, we must not allow our sympathies for their barren condition to persuade us that there is worth in their destructive misconduct. They must be left to the consequences of their own devices.

“If truly I am a political leader as I am often described, then I have not the luxury of hasty, ill-conceived utterances. There are those who will use inflamed words to spark the passions of others. This may bring transient applause. But when the cheers fade, we shall only have further descended because their words were never inclined toward resolution and long-term improvement but toward short-term popularity and perpetual confrontation.

“I believe in this nation and its benign prospects. I dearly love its people, all of them. Over the years of our existence, they have suffered much. Yet they still hold forth with heroic patience and an extraordinary optimism born of strong faith. To these people, I owe my best. I shall not treat them cheaply or bandy their emotions like some errant football. The welfare of these good and decent people is my overriding concern.

“Equally, I do not cow to the demands of those who press for me to make a premature statement on an important issue. Again, that is a game devised by those who care more about political cleverness than the quality of governance. I chose to talk when my position has been made ripe by a collection of the facts and a reasonable assessment of those facts. “