Miley Cyrus and Kaitlynn Carter: A Look Back at Their Romance 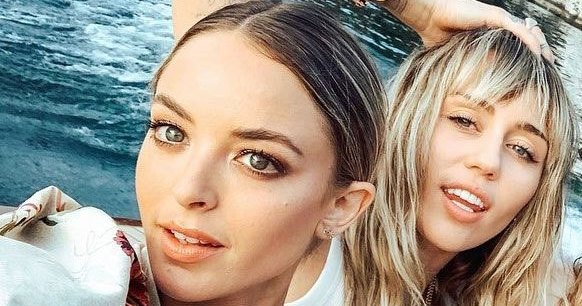 From friends to lovers! Miley Cyrus and Kaitlynn Carter bonded over their breakups and found comfort in each other before breaking up a little over a month later, and now Us Weekly is taking a look back at their whirlwind romance.

The day before the “Slide Away” songstress and her estranged husband, Liam Hemsworth, announced their split in August 2019 after nearly eight months of marriage, Cyrus was seen getting intimate with Carter in Italy.

“Liam and Miley have agreed to separate at this time,” a rep for Cyrus said in a statement to Us. “Ever-evolving, changing as partners and individuals, they have decided this is what’s best while they both focus on themselves and careers. They still remain dedicated parents to all of their animals they share while lovingly taking this time apart. Please respect their process and privacy.”

At the time, Carter and her ex Brody Jenner had just called it quits on their relationship, one year after tying the knot in June 2018. Despite having a wedding celebration in Indonesia, a source told Us that the twosome were never legally married as they failed to obtain a marriage license in the United States.

Following their Italian rendezvous, Carter and Cyrus continued to spend time together in Los Angeles and began to flaunt their love all over Hollywood. Whether a lunch date with the Hannah Montana alum’s mom, Tish, or a birthday celebration with pals, the couple appeared to have no shortage of fun together.

Jenner, who began dating model Josie Canseco shortly after Cyrus and Carter were first linked, was seemingly in full support of his former flame.

“Brody’s happy that Kaitlynn’s moved on and found love,” a source exclusively told Us.

A second insider shared: “Brody and Kaitlynn separated on good terms and are still close friends. Brody is in a great headspace right now and really isn’t bothered by Kaitlynn and Miley’s relationship.”

Us confirmed on September 21 that the Cyrus and Carter had called it quits.

Scroll down to take a look back at Cyrus and Carter’s whirlwind romance.