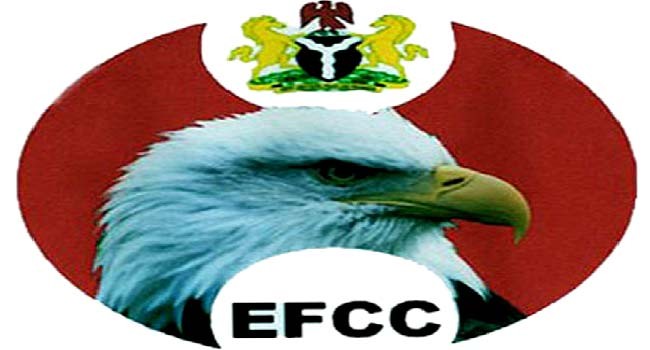 An operative of the Economic and Financial Crimes Commission (EFCC), Rouqayya Ibrahim ,said pension funds were allegedly diverted by the duo through various companies.

Rouqayya spoke yesterday while testifying as a prosecution witness in the trial of Oronsaye, the Managing Director of Fredrick Hamilton Global Services Limited, Osarenkhoe Afe and the company on a 24-count charge bordering on stealing and obtaining money by false pretence.

They are alleged to have been involved in contract awards during Oronsaye’s tenure as HoSF.

Led in evidence by lead prosecution lawyer Rotimi Jacobs (SAN), Rouqayya said in the course of investigation, the EFCC requested for payment mandate from the office of the Head of Service (HOS).

She stated that the analysis revealed a company, Xangee Technologies Limited, which she noted, was already being tried before Justice Abubakar Talba of the High Court of thr Federal Capital Territory (FCT), Gudu, for alleged pension fraud.

The witness said: “We discovered that the company received payment of more than N183 million for biometric enrolment, but there was no biometric contract executed by the company, instead the money was withdrawn cash, converted to US dollars and handed over to Abdulrasheed Maina, through his brother, Khalid Biu.”

She said investigation of the pension account in Union Bank showed that there was a letter, instructing that the money be transferred to another pension account.

“We saw another letter on it, on which there was a minute and instruction from Mr. Oronsaye, to transfer about N113 million to a Unity Bank account belonging to the State House, which we discovered he was the sole-signatory.

“As at the time the transfer was made in 2010, Mr. Oronsaye had ceased to be the Principal Secretary in the State House and had become the Head of Service. We discovered that the monies were withdrawn through cheques, but all efforts to get the person to whom they were issued to, was unsuccessful, and Mr. Oronsaye could not explain the reason for the disbursement,” the witness said.

She said: “There was also another account in the name of Abdulrasheed Maina, and his brother, Biu, an employee of the bank, who opened the accounts and was the account officer.”

She added that  after Biu resigned from the bank, another employee, Toyin Meseke, took over as the account officer.

The witness said: “We invited him for an interview and discovered that all the accounts were operated by Abdulrasheed Maina, even though his name, picture and signature were not anywhere in the opening account packages.”

She said Maina operated the account mainly through text messages and emails, as “instructions regarding payment or withdrawal were sent to Meseke by text or email”.

Rouqayya said forensic analysis of Meseke’s phone was carried out, which revealed how funds were fraudulently diverted from the account. She added: ”The account officer will, after receiving instruction from Maina, convert the money to US dollars and deliver same to him in Dubai.”

According to her, Maina, a former Chairman, Presidential Task Force on Pension Reforms, remained at large.  She said Maina never showed up in the course of investigations, and deserted his known residence.

Earlier, Jacobs tendered three statements made to EFCC’s investigators by Oronsaye, during the course of investigations. The statements were identified by Ibrahim and admitted in evidence by the court when defence lawyers, Joe Agi (for Oronsaye) and Oluwole Aladedoye (for Afe and his company) failed to object.

Justice Kolawole adjourned till December 5,  for continuation of the judicial trial.