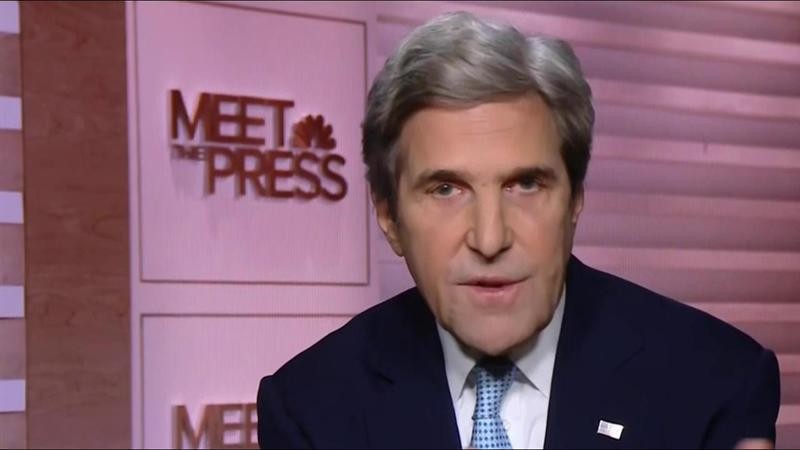 Former US secretary of state John Kerry, an architect of the Paris climate accord, Sunday blasted President Donald Trump’s withdrawal from the agreement to cut carbon emissions.

“When Donald Trump says to the world, well, we’re going to negotiate a better deal… that’s like O.J. Simpson saying he’s going to find the real killer,” Kerry said in an interview on NBC’s “Meet the Press,” alluding to the former American football star who was controversially acquitted of killing his former wife.

Trump, he said, is not going to renegotiate the treaty despite suggesting he might do so “because he doesn’t believe in it. If you did believe it, you wouldn’t pull out of Paris.”

Kerry, who threw his full weight behind the agreement when it was adopted in 2015, bitterly criticized Trump’s unilateral decision to pull out of it.

“America has unilaterally ceded global leadership on this issue, which for years even Republican presidents … pushed in this direction.”

By the same token, Kerry defended former president Barack Obama’s use of his executive power to enter into the agreement, rather than seek its ratification by the US Senate.

“It wouldn’t have happened. That’s very simple. Let’s be realistic about it. The president made an executive agreement because that was the best that we could do,” he said. “And we presumed that common sense, that basic economics, that science would ultimately prevail.”

Former vice president Al Gore, a champion of environmental causes who tried personally to persuade Trump to keep the United States in the agreement, echoed Kerry.

“It makes no sense to me — a reckless decision, an indefensible decision. I think it undermines our nation’s standing in the world and it threatens humanity’s ability to solve this crisis in time,” he said on the “Fox News Sunday” program.

The US ambassador to the United Nations, Nikki Haley, meanwhile offered assurances in television interviews on CNN and NBC that Trump, who once called climate change a “hoax” perpetrated by the Chinese, does indeed believe in climate change.

Scott Pruitt, the head of the Environmental Protection Agency who is a well-known climate skeptic, said on Fox News that “the president has indicated that the climate changes. It’s always changing.”

“What’s important here is, what the president did on Thursday is put America first,” he said.