JoJo Fletcher: Kaitlyn Bristowe and Shawn Booth ‘Did What’s Best for Them’ 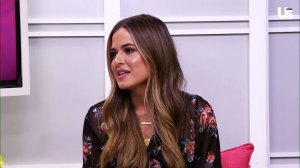 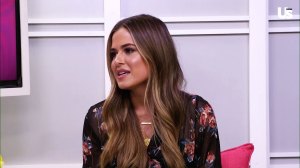 The Bachelorette After the Final Rose: Broken Engagements, Weddings, Babies, and More!

“So sad!” Fletcher said of the breakup, which Us confirmed earlier this month. “I never got a chance to meet Shawn, but I know Kaitlyn, and I always looked at their relationship as something that was just so fun, right? So fun and full of love and happiness. So to figure that it didn’t work out is very sad.”

The 28-year-old, who is engaged to Bachelorette winner Jordan Rodgers, can sympathize with her friend. “I know what breakups are like,” she said. “They’re awful. So I just feel bad. It had to have taken a lot to get to that point. It’s just unfortunate, but I think they did what’s best for them.”

Fletcher also told Us she has spoken with Bristowe, 33, in the weeks since the split. “She’s doing good,” she revealed. “You know, obviously, it’s so sad. No one likes to go through breakups. But she’s a strong girl, and she’s doing what I think is best for her and this time in her life, and she’s surrounding herself with friends, and it’s really great.”

The Shop Fletch designer explained she will only root for Bristowe to reunite with Booth, 31, if a reunion is what makes sense for the duo. “I just hope that whatever’s supposed to happen for them, and what’s best for them, happens,” she said. “If that relationship isn’t the best for them, then you would never want them to feel the pressure to get back together. But if maybe time goes by and they realize that maybe they want to try again, then that’d be awesome.”

Meanwhile, this latest Bachelor Nation breakup hasn’t shaken Fletcher’s faith in her engagement to Rodgers, 30, which has been going steady since the former quarterback popped the question in May 2016’s Bachelorette season 11 finale.

“It doesn’t scare me,” she told Us. “I think we’re kind of past that. Like, we never wanted to be a Bachelor ‘story’ in terms of how breakups come and go. And I feel like, man, to have broken up … We’ve gone through some pretty tough things. So you never know what happens in other people’s relationships.”

Bristowe and Booth, who had been engaged since 2015, announced their breakup on November 2. “After three incredible years, we have decided to go our separate ways. This difficult decision comes after thoughtful, respectful consideration,” they said in a joint statement to Us. “Even though we are parting as a couple, we’re very much committed to remaining friends. We have both evolved as people, which is taking us in different directions, but with the hope that we will continue to support each other in new ways.”