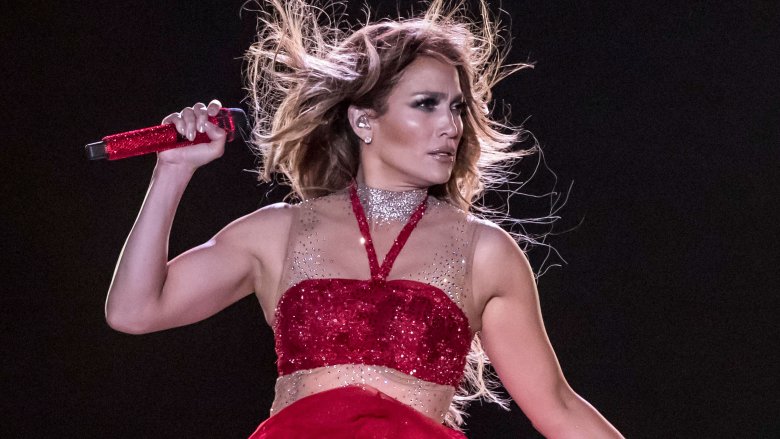 Talk about a touchdown! Jennifer Lopez and Shakira are gearing up to co-headline the 2020 Super Bowl Halftime Show.

Shakira, 42, took to Instagram on Thursday, Sept. 26, 2019, to post a photo of Lopez, 50, with the caption, “Get ready 02.02.20.” For her part, Lopez shared a snapshot of Shakira on Twitter, writing, “This is happening. 02.02.20.” Making the announcement complete, Pepsi — the official Super Bowl Halftime Show sponsor — then tweeted out a pic of the songstresses together. “Two [queens] First time together on stage…on the world’s biggest stage,” the post read. “Welcome @JLo and @shakira to #PepsiHalftime #SBLIV @RocNation @NFL.”

Lopez has long been rumored to have been at least in talks to be the halftime performer for Super Bowl LIV. Earlier this month, she even admitted on Live! With Kelly And Ryan that she was interested in the gig. “In theory, yes … it would be [a good thing to say yes to],” J.Lo began, adding, “It’s something that we’ve talked about for many years, and, you know, it would be nice. It would be nice. I can’t say I wouldn’t love it.” A day earlier, she wouldn’t exactly say “no” when Hoda Kotb asked her about whether she’d be performing at the Super Bowl, instead opting for a simple, “I don’t know.”

The 2020 Super Bowl will go down in Miami, Fla. early next February. Lopez and fiancé Alex Rodriguez notably own a home in the Florida hotspot, which declared July 24 to be Jennifer Lopez Day (via People). That same month in 2019, Lopez told Entertainment Tonight, “We’ve thought about the Super Bowl and it’s in Miami, it’s a big deal, but we’ll see. They make their own decisions over there.” A source close to the star confirmed that she’d been in talks for a while about the halftime performance.

This is just the latest bit of great news for the “Jenny From The Block” singer. She got engaged to Rodriguez this past March, and ever since the recent release of Hustlers, she’s garnered Oscar buzz for her performance as stripper and heist ringleader Ramona.

While this is an amazing gig for everyone involved, here’s hoping the crew braces themselves: Rumor has it some people find J to the L-O a bit tough to work with.