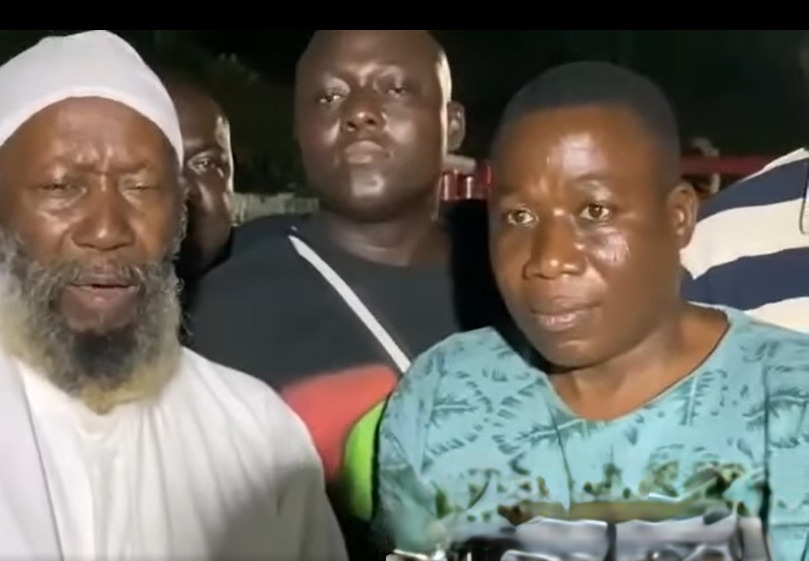 The founder of One Love Family, Sat Guru Maharaj Ji, has described himself as the spiritual father of Yoruba Nation agitator, Chief Sunday Adeyemo, popularly known as Sunday Igboho.

Speaking in an interview with Sahara Reporters, the clergyman denied claims that Igboho was arrested in his home. Recall that last Thursday, DSS operatives stormed the Ibadan home of the Yoruba activist to arrest him. The security agent said it received intelligence that Igboho was stockpiling arms in his apartment. The agency has since declared him wanted.

Read more:  Mannequin ban: “Kano Hisbah Board has succeeded more in subjecting Islam to ridicule than it has in projecting its virtues” – Journalist, Gimba Kakanda

There were speculations that he was arrested at the residence of Maharaj. Dismissing the speculation, Maharaj said

“Somebody living in Soka, they found him in Maharaj’s place, it’s not true. That day, I wasn’t even there.

As a spiritual father of all creation, everybody comes to Maharaj but on that fateful day, I wasn’t there. I wasn’t in Maharaj place, that’s part of the insinuation being carried about by the same set of people who came to drop (a) dead body here, they are everywhere telling lies about Maharaj.

I saw him (Igboho) around two or three months ago, I am the spiritual father of all universe. Maharaj nation is the kingdom of heaven on earth. The relationship between me and him is not different from that of a father in creation who gave birth to a son. But I haven’t seen him for the past three months, I read about him and I feel so good about what he did in Ibarapa.”

On the invasion of Igboho’s residence, Maharaj said

“You can’t gang anybody, the government of Nigeria should love Nigeria, they should recognise and respect the people of Nigeria as the most important aspect of Nigeria’s survival and success. So freedom of expression should be allowed.

Everybody has right to present themselves, you can’t compare Ighoho with Nnamdi Kanu who has a radio station telling the people to fight and fight, even though we can’t be sure it is the Kanu’s boys who go about burning down police stations everywhere for any reason or so ever.

Sunday Igboho stopped the killings going on in Ibarapa, that was how he won my love. I supported him in that area, he stopped those doing evil.”