Mannequin ban: “Kano Hisbah Board has succeeded more in subjecting Islam to ridicule than it has in projecting its virtues” – Journalist, Gimba Kakanda 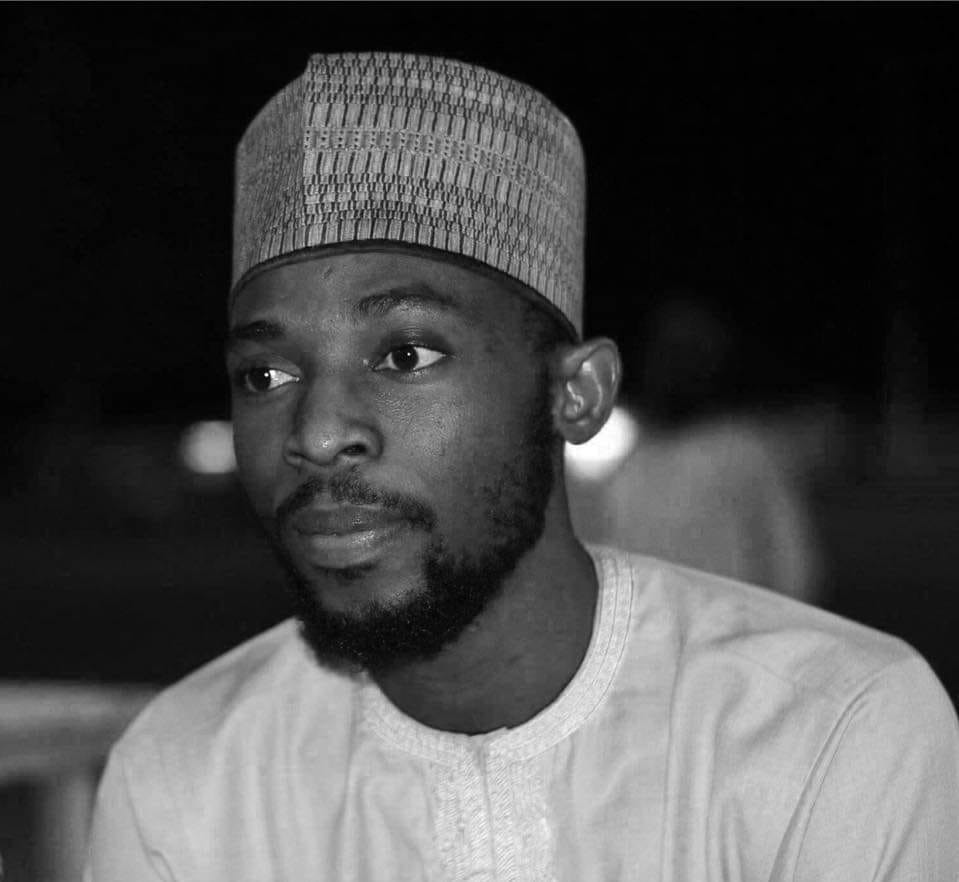 Nigerian journalist and activist Gimba Kakanda has accused the Kano State Hisbah Board of subjecting Islam to ridicule.

Kakanda stated this on Thursday while reacting to the decision of the Islamic police to ban the use of mannequins to display clothes by tailors, supermarkets, and boutique owners in Kano state.

Commander of the Board, Sheikh Around Ibn Sina, who announced the ban in the state on June 30, said that the use of mannequins by tailors, boutique owners, and others contravened the provision of Islamic injunctions.

The Niger State-born writer further said that anybody aroused by a mannequin doesn’t need redemption from a religion.

“They need vigorous therapy sessions to fight their perversion or even a rehab to restore their sanity. There are many more effective ways to treat mentally ill people. Bunch of weirdos masquerading as fundamentalists,” he added.

“Kano State Hisbah Board has succeeded more in subjecting Islam to ridicule than it has in projecting its virtues. It’s rather embarrassing that an agency set up to promote Islam is obsessed with the trivial and the ridiculous in a country wracked by poorly indoctrinated Muslims who have waged war against the society and the nation.

“An agency that ought to be more interested in developing policies and programs to protect impressionable Muslim youths from violent extremism has chosen a path that inspires extremist tendency, banning the use of mannequins at fashion houses and punishing a Muslim boy who stopped praying after being humiliated by the Hisbah corps for rocking unconventional haircut.

“Some days ago, a Muslim cleric rattled Kano when he questioned the existence of an all-Christian settlement in Kano. This is the reason we need legislation against unlicensed public preaching to prevent us from the danger of divisive charlatans who threaten our diversity.” 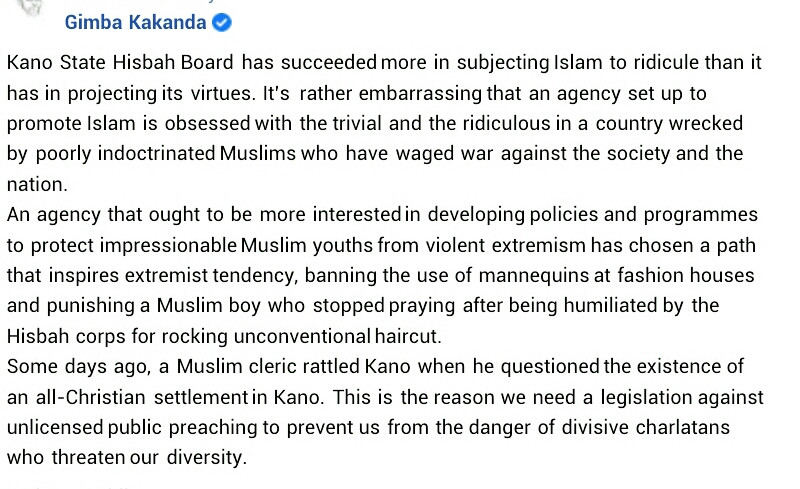