Health: 12 Alarming Signs You Need To Take a Break from Work 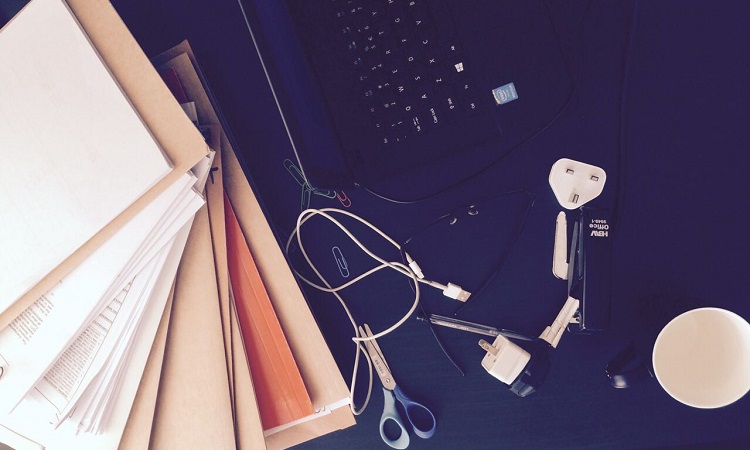 Most people find fulfillment and personal satisfaction when they are able to be the best at their chosen field. Some would even confidently assert that focusing on work and spending your physical and mental energy solely on your career goals should be the only way to be successful. However, they fail to mention that to make this possible, you have to take other aspects of your life for granted – especially your health.

Workaholics agree that they spend a larger percentage of their day meeting deadlines and beating their personal records on the number of hours they spend at the office. As ideal as these may sound, many studies proved that working more than what your body can handle is obviously unhealthy not only physically but also mentally and emotionally.

How will you know if you’re working too much? These signs might help you recognize the alarming indications that you are failing at the work-life balance department.

1. It takes a lot of effort to feel happy.
Although there are only a few conclusive evidence that there is a strong link between overworking and depression, a study in 2012 showed how putting in too many hours in the office can trigger major depressive episodes in middle-aged workers.

Feeling unhappy can be normal for anyone but frequent incidents of unhappiness in an individual is a clear sign that the mind and body is telling you that something isn’t right.

2. The simplest mistakes at home irritate you.
Losing your cool over the most trivial things especially at home is a common signal that you are burning yourself out at work. Most of the time, employees don’t have the chance to express themselves and even complain about work-related issues so they easily blow a gasket as soon as they go home.

3. You have become less confident and more anxious.
According to psychology experts, most workaholics become dependent on others, like their coworkers and bosses, to define their self-worth. Because of this, paranoia sets in whenever they are faced with demanding deadlines and challenging projects that the only way for the brain to respond is to work harder and harder until it uses up all its energy.

4. You have considered alcohol as your best friend.
In contrary to what people believe, drinking and partying after a long and stressful day of work can do more harm than good. Aside from the effects drinking alcohol has on your health, the more time you spend outside means less time for you to take a much-needed rest.

5. That eternal headache.
Migraines can be a sign of overworking. Eye strain from too much exposure to computer screens at work can cause an eternal headache that can be a frequent visitor. This sign is so common that most workers often ignore or even consider it a part of a day’s work.

6. Your deadlines make your chest hurt, literally.
Hard work can kill you – according to a study that concluded that working too many hours could bring on a heart attack.  Details of this report claim that working an 11-hour shift increases your risk of suffering from heart failure. In addition, the research suggested that stress plays a major role in the development of this disease.

7. Neck pain and back pain are already a part of your everyday life.
How many times have you thought of getting a massage after a day at the office? Neck and back pains may appear less serious and are even considered a part of the daily grind but most people agree that suffering from either of them has caused unproductive – and painful workdays.

8. You have used up all your sick leaves.
The privilege of using sick days is so comforting that most people think of calling in sick even at the slightest sign of illness. However, if you have used up your sick leave benefits for an actually serious health issue, then you know it’s time to do something about it.

9. You rely on coffee to help you last the day.
It’s textbook advice to sleep eight hours a day but for most workers, sleeping even just six hours every night is a million-dollar privilege. Since sleeping late or not sleeping at all because of work has been normalized by society, you are most happy to admit that coffee is a magic potion that will make you feel invincible – and awake. However, too much coffee can give you more than just dilated pupils.

10. You stopped talking to your friends and family.
Most of the time, overworking does not only affect your social life but it also puts a strain on your relationship with your family and your significant other. Workaholics tend to prioritize matters at work and would take family and relationship problems for granted. It’s indeed lonely at the top.

11. You have a fluctuating level of appetite.
Can you imagine yourself taking just a bite or two of your favorite dishes and end up losing interest in something that you used to love? According to experts, overworking can be one of the reasons why people suffer from a loss of appetite. What’s more worrisome if an individual finally loses their interest to eat anything even with an empty stomach. So how was your lunch break?

12. You look like someone who survived the zombie apocalypse.
Stress affects your appearance, and overworking is its most powerful trigger. Look at yourself in the mirror and think about what you see. Look at those tired eyes and dominant eye bags. What will happen to those wrinkles if you get enough sleep and finally take a long and relaxing break from work?

People who believe that success depends on the number of hours they spend in the office are right. However, the human body is not designed to handle prolonged physical and mental use. Besides, too much work will only cause us illnesses, which may affect our productivity. Hence, don’t deprive yourself of a rejuvenating vacation. A fat bank account from your overtime pay is impressive but a healthier mind and body should always come first.