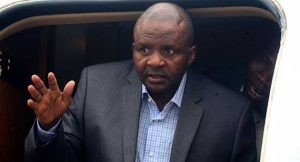 The meeting of the Nigeria Governors’ Forum began with a minute’s silence in honour of the late former governor of Taraba State, Danbaba Suntai.

The meeting, which held behind closed doors at the State House in Abuja, came the same day the former governor died.

Suntai died in London where he had been undergoing rehabilitation for the injuries he sustained during the 2012 crash.

Born in 1961, he was elected governor of Taraba in 2007 and was reelected in 2011, a year before was involved in the crash which left the rest of his tenure mired in controversy.

He would have turned 56 on Friday.