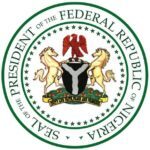 The Federal Government has constructed a borehole with overhead tank at the oil-rich Gelegele Community in Edo to put an end to many years of water scarcity in the community.

The project was executed through the Presidential Amnesty Programme (PAP) of the Federal Government.

The Coordinator of PAP, Brig.-Gen. Paul Boroh (rtd), told the News Agency of Nigeria (NAN) in Abuja on Tuesday that the project was part of government’s efforts at peace and confidence building in the region.

He said that this would facilitate the stability and socio-economic development of the Niger Delta Region.

Boroh appealed to the community to maintain and protect the facility against vandals.

NAN reports that Gelegele is a major oil and gas bearing/producing community in Ovia North East Local Government Area of the state.

It has suffered its share of the general environmental pollution in the region arising from gas flaring and oil exploitation activities.

Boroh, who doubles as the Special Adviser to the President on Niger Delta Affairs, said that the borehole was a “self-sufficient solution to water crisis in the community.

“It is an excellent way to access pure and natural underground water safe for drinking, washing, livestock production and manufacturing processes.

“Hidden from the threat of toxins caused by man and safe from evaporation, every Niger Deltan has the right to use this natural resource, and a borehole is the best way to go about it.

“We all have a responsibility to use natural resources responsibly, and that’s exactly what the Federal Government is doing for the region,” he said

Boroh said that plans were underway to provide similar facilities in Gbaramatu Kingdom in Delta and in  other communities in the creeks.

The presidential aide explained that the projects were being undertaken under the directive of President Muhammadu Buhari.

According to him, the impact of gas flaring and oil spillage on the environment and health of host communities in the region is of great concern to the present administration.