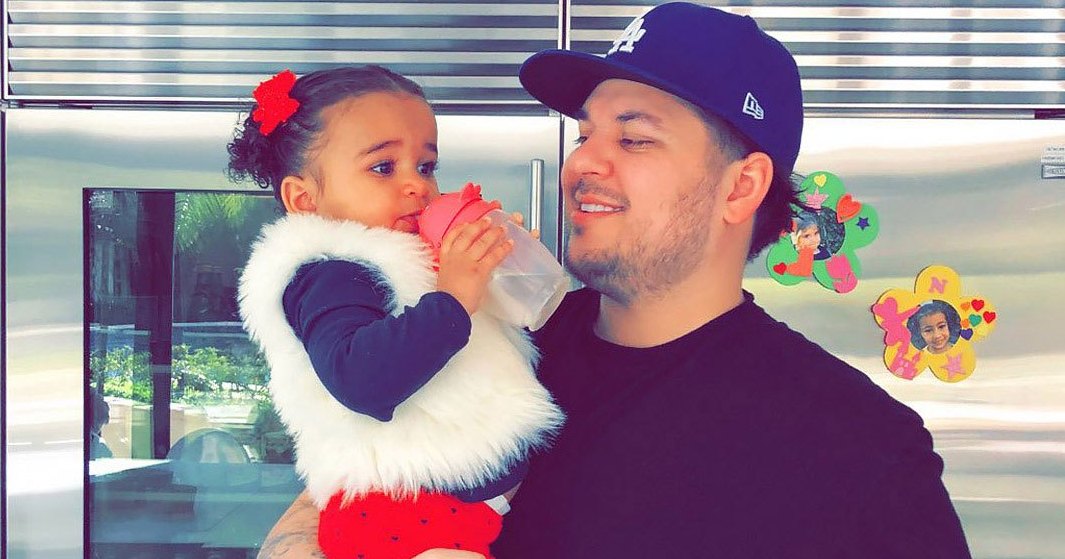 Dream Kardashian is already following in her family’s footsteps — throwing an awesome 32nd birthday party for her father, Rob Kardashian, with a little help from her aunt Khloé Kardashian.

“Dreamy Dream wanted to throw her daddy a special birthday party before she goes to see her mommy [Blac Chyna],” the Good American co-founder, 34, wrote on her Instagram Stories on Saturday, March 16, of her 2-year-old niece. “Her daddy’s birthday is on Sunday (St Patty’s Day) but she got her cousins together to celebrate!”

The Keeping Up With the Kardashians star then shared a series of photos that showed a table decorated with four-leaf clovers as well as cupcakes with green sprinkles and a cake with the words “Happy Birthday Daddy.”

Khloé also shared two videos on her Stories that showed Dream playing on a slide with her cousins, North, Saint and Chicago West, whose parents are Kim Kardashian and Kanye West, as well as Khloé and ex Tristan Thompson’s daughter, True Thompson.

“Dream is great at throwing parties,” Khloé later added. “Thank you Dreamy! She picked out the decorations, created the invite list and everything. Get ready Rob for another party on Sunday.”

Rob has kept a low profile since his split from fiancée Chyna in December 2016. He made headlines in January this year after he had dinner with Alexis Skyy at his mom Kris Jenner’s home shortly after the Love & Hip Hop alum got into a physical altercation with Chyna at a party in L.A.

The meetup came less than two months after the Lashed Bar owner slammed Rob and her ex Tyga, with whom she shares son King, 6, over child support.

Rob filed in November to lower his payments to Chyna, claiming in court documents obtained by The Blast that he pays his ex $20,000 a month in child support but could “no longer afford” to do so.

Kim revealed in January that Rob will be returning to Keeping Up With the Kardashians for its upcoming 16th season. The series returns to E! on March 31.