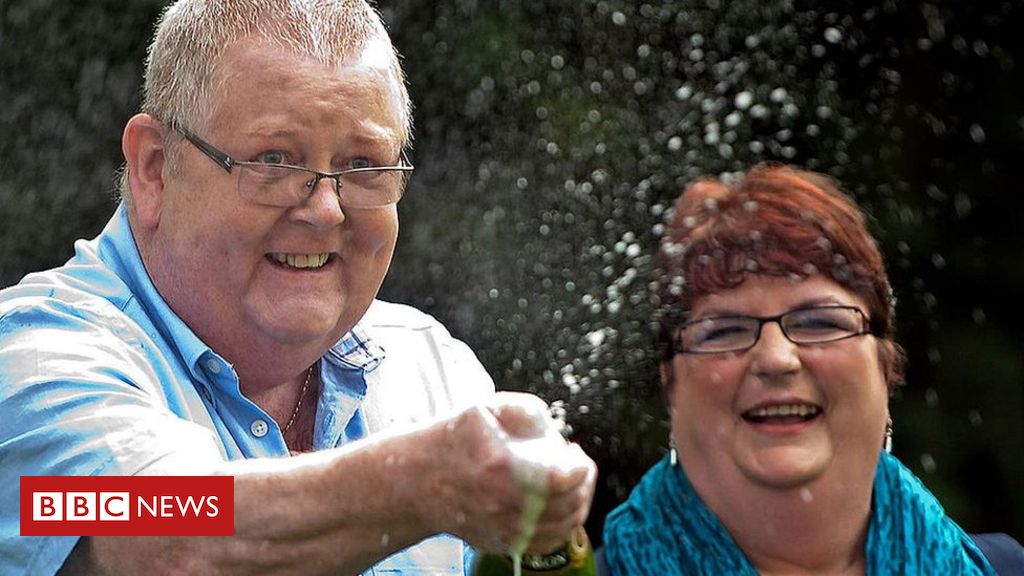 Mr Weir and wife Chris, from Largs in North Ayrshire, claimed the £161m Euromillions prize in 2011.

Earlier this year the pair confirmed that they were to divorce after 38 years of marriage.

Mr Weir recently completed his takeover of Scottish Championship football club Partick Thistle and had announced plans to gift ownership of the club to fans.

A minute’s applause is due to be held at the Partick Thistle game to commemorate Mr Weir’s death.

Players will also pay tribute by wearing black armbands during the fixture against Greenock Morton.

In 2013 the couple set up The Weir Charitable Trust and made a donation to a community football club in Largs.

They also invested in Partick Thistle Football Club which led to the youth set-up being rebranded the Thistle Weir Youth Academy and a section of their Firhill Stadium being named the Colin Weir Stand.

In November this year Mr Weir secured a majority shareholding at the club and promised to give the 55% shareholding directly to a fans group by March 2020.

The club tweeted: “It is with deep sadness that we confirm that lifelong Jags fan Colin Weir passed away earlier today.

“On behalf of everyone at Partick Thistle, our love, thoughts and prayers are with the family and close friends of Colin at this most difficult time.”

It later added: “To commemorate the sad passing of lifelong Jags fan, Colin Weir, there will be a minute’s applause held ahead of kick-off at this afternoon’s Ladbrokes Championship game against Greenock Morton.

“Thistle players will also be wearing black armbands during this afternoon’s fixture.”

A spokeswoman for Mr Weir’s lawyers asked for “privacy for his family and friends at this distressing time”.

They said in a statement: “It is with deep sadness that we announce the passing of Colin Weir early today after a short illness.

“No further comment will be made other than to offer sincere thanks to the staff of University Hospital Ayr for their care and compassion.”

The couple defended making a donation of £1m to the independence campaign ahead of the 2014 referendum, and continued donating to the SNP afterwards.

Scotland’s First Minister Nicola Sturgeon said she was “incredibly sad” to hear of the death.

“Colin’s determination and generosity in the cause of Scottish independence cannot be overstated and was hugely appreciated,” she said.

“The SNP and the independence movement has lost a true friend today and we will miss him dearly.”

Recalling the night of their win back in 2011, the couple said they stayed awake all night after discovering their good fortune at about midnight as they checked their tickets on the BBC’s Red Button text service.

At the time it was one of Europe’s biggest ever lottery wins after a series of rollovers boosted the jackpot.

Mr Weir, who previously worked as a television cameraman, is survived by his two adult children.