Charli XCX Speaks About On-Stage Style, Dating and the One Shot That Didn’t Make It Into the ‘Boys’ Video 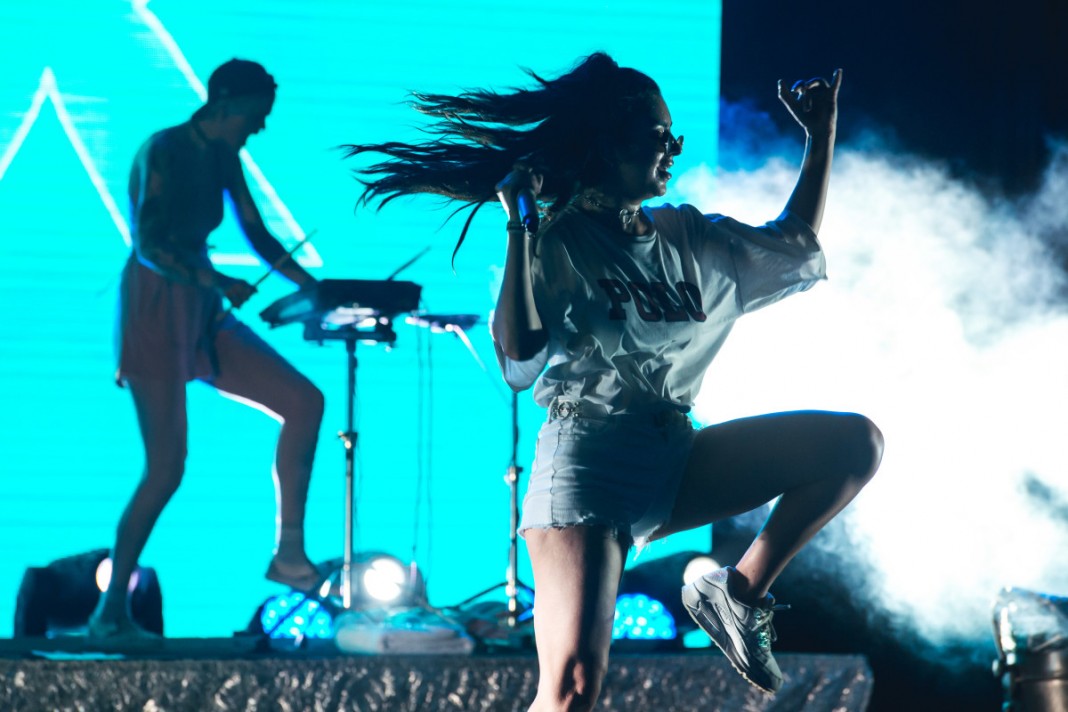 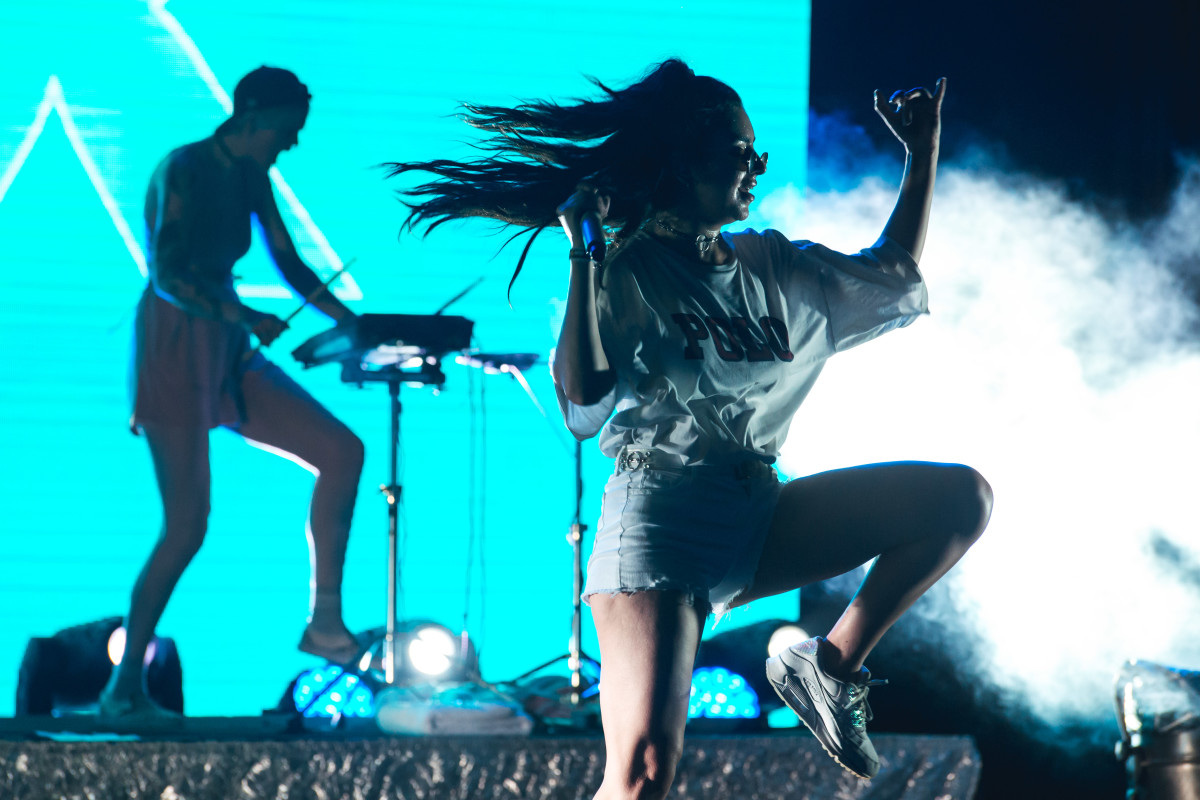 If you haven’t heard Charli XCX‘s new single “Boys” or, more importantly, seen its epic, millennial pink music video by now, you are officially living under a rock. And not to make this story about me personally, but as a writer who just gave up my apartment in New York and hit the road as a wandering free spirit for the next couple of months — an “Eat, Pray, Love” situation, if you will — living under a rock was precisely the thing I was afraid of happening.

When you live in NYC, you start to believe in this myth that as soon as you leave, you’ll fall out of touch. So imagine my surprise when, just ten days after leaving Manhattan and soaking in the beauty of Bali, I heard about a music festival called Sunny Side Up held at the island’s iconic Potato Head Beach Club. It was a weekend-long beachside bash featuring the likes of Phoenix, Big Sean and Hot Chip, another dozen or so acts I am not nearly cool enough to recognize and — the one to catch my eye — none other than Charli XCX.

Since releasing her latest video a few weeks ago, Charli has made waves for the way “Boys” turns the tables on the male gaze. In it, a number of famous men are objectified in ways usually reserved for women in music videos. Charlie Puth serves up a sultry carwash. Joe Jonas licks his lips. A shirtless Diplo plays with puppies. The entire video is one feminized delight after another.

I was able to set up some time backstage with Charli before her performance on Saturday night, where we talked about the three things all men must have in order to date her, the one shot she wanted in the “Boys” video that didn’t make the cut, and the importance of wearing high-waisted jeans. And although she admitted that being on the road can get a little tiresome — the routine of going from city to city and seeing the world from inside a hotel room, specifically — she was planning to make the most of her time in Bali. (Case in point? After her set, she threw down her microphone and cannonballed into the Potato Head pool just in front of the stage.)

The first thing we need to address: this greenroom is covered in confetti. Please explain.

Yes! Confetti is always a part of my rider. I just want it to feel like there’s a party here when I walk in the room. It’s probably going to stick to your legs, I’m sorry!

The other thing I am dying to know — and I’m referring to the lyrics from “Boys” — was there actually a party that you missed because you were thinking about boys?

You know what, there wasn’t. I did shoot some of that video at Coachella so I missed out on a tiny bit of partying there. But I’ve had enough shares of partying in my time that I didn’t mind missing out on a bit in order to make the video.

Did you think the response to the video would be as big as it has been?

I didn’t. Honestly. I definitely thought there were would be some interesting articles about the male gaze and I was interested to see how that would go. And obviously I knew a lot of the guys in the video have huge fanbases in their own right. But it kind of went crazy and that was really amazing. All the guys were so supportive, and I didn’t know that they would be. I was really proud. It’s the first video I’ve directed for myself, and I’ve learned that I’m definitely more comfortable behind the camera than in front of it.

Is directing something you see yourself doing again?

Yes, actually. I’ve had a couple of other people ask if I could direct videos for them after “Boys” came out. I’m by no means a pro, but I really enjoy it and I’m learning. It’s something I really enjoy so I hope to keep going.

The video is about male gaze vs. female gaze — turning the tables on men. Did you crack the whip on set or did you give the boys some creative freedom?

Some of them were really cool about what they wanted to do. The thing I really wanted to get in the video was a python but none of the guys were brave enough to do it! So that had to get cut. But otherwise the guys were super-down and they were all super-into it. I was able to really push the moment and shout like, “Take your shirts off! More puppies!”

Who was the funniest on set?

Either Mac Demarco or the Fat Jewish. We got so much amazing footage with them that I could have made the whole video using [it].

I know it’s difficult to pick, but do you have a favorite boy from the video?

I think my personal favorite scene was the Flume and AJ Cook scene when they’re the sexy nurses. They are in this wind machine, and they just crushed it.

Having done the video now, do you think women view men differently than men view women?

That’s an interesting question. I think inherently speaking, women are taught to have this ingrained respect for men. Which I feel like is less so the other way around. I think that’s definitely changing and I don’t speak for everyone. So many of my best male friends are really outspoken feminists now and that’s been the case for a long time. But we’re taught from day one these archetypes like Adam and Eve, and even there, there’s so much hierarchy going on. It’s hard to escape that subconsciously. But honestly, it’s 2017, and so many progressive, outspoken people are for feminism. I think attitudes are changing but it’s definitely still there.

In the video there are two super quick shots of women, it’s you and some other ladies wearing oversized men’s shirts and drawn-on mustaches. What’s the story behind that?

They’re actually my fans! I wanted to put some fans in the video, so I ran this competition online and they won it. It’s not a deep and meaningful thing necessarily — I just wanted to dress up as a dude and have a fake mustache for a minute.

What was it like working with your fans for the video?

They were so sweet, it was a lot of fun. We all wore matching outfits. It felt like the Spice Girls for a minute which was cool.

What style of “boy” do you typically go for?

Funny. Has to be really hilarious. I also need to be able to wear some of his clothes. Any clothes. Good t-shirt selection — that’s a must. And I’ve dated people before who don’t like the music I like. A lot of arguments in my past relationship have been about Kanye West. I’m always like, “He’s a god, he’s the best dude ever,” and the guys is like, “No he’s not, he’s an idiot!” And then I’m like, “Ok, sorry but we have to break up now.”

So that’s a dealbreaker, then?

Totally. To date me, you must be funny, have good T-shirts, and like Kanye West.

How do you decide what to wear for a performance?

It really comes down to outfits that make me move good. Sometimes that’s a baggy T-shirt and other times it’s a form-fitting athleisure situation. But at the moment I’m really into this oversized trend. I’m kind of a gangly dancer so when I wear something big it makes me look a tiny bit cooler, I think. 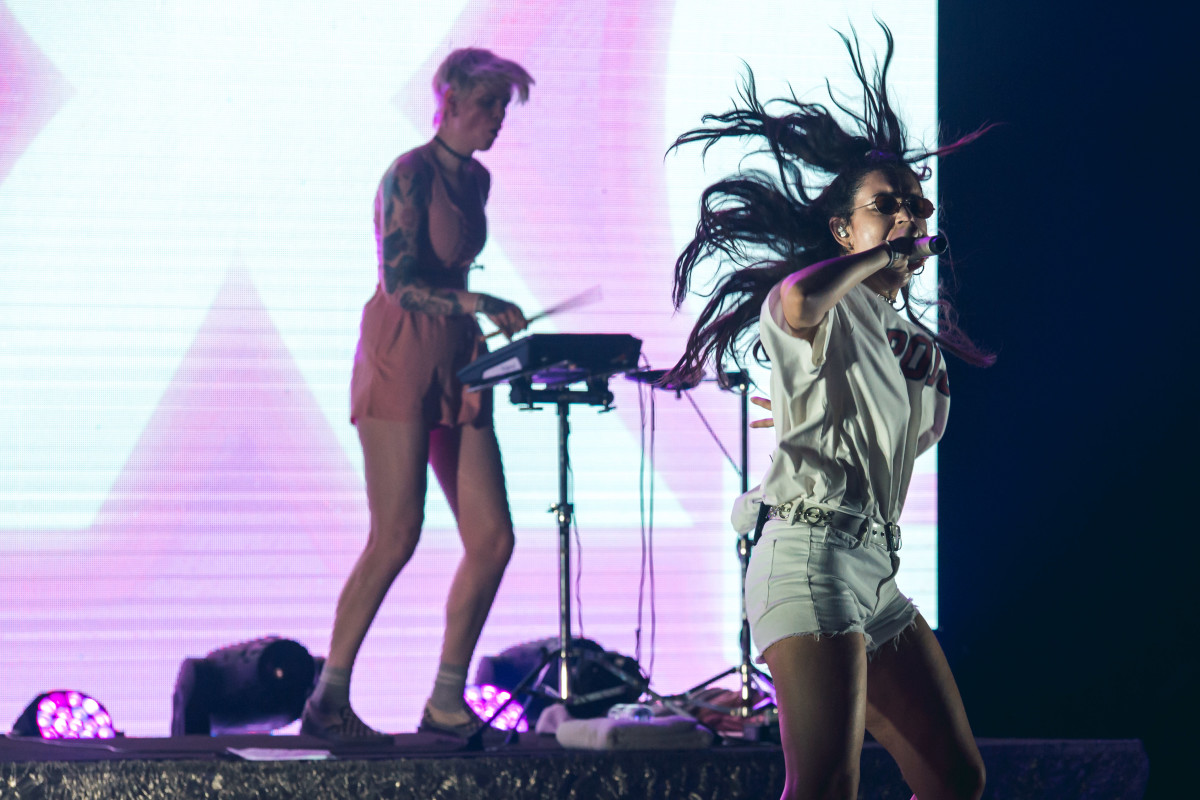 Is your stage look similar to what you would wear in everyday life?

When you’re out of the public eye, what are you wearing?

Probably just a leather jacket or bomber jacket and some jeans and a T-shirt. But always high-waisted jeans. I find low-waisted stuff so uncomfortable. High-waisted, trainers, that’s my vibe. Just kick back.

This interview has been edited and condensed for clarity.