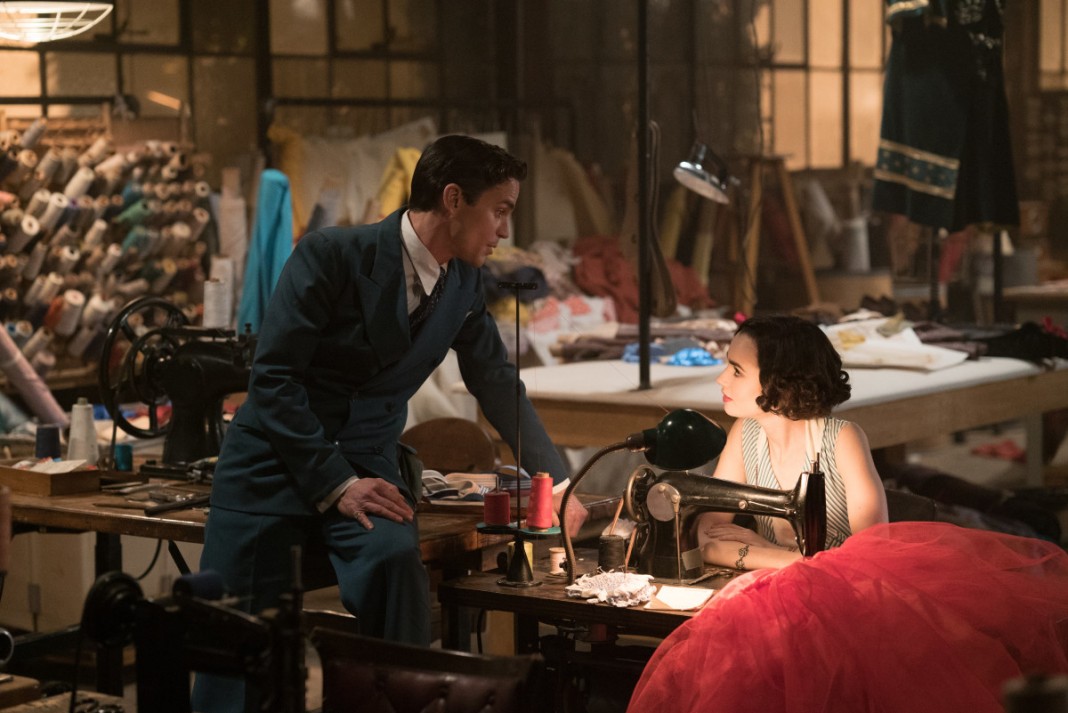 This summer, some of us might be celebrating “Mad Men”‘s 10th anniversary with mod costume-required binge parties. But earlier this year, dozens of behind-the-scenes vets from the beloved ’60s-set AMC show paid homage another way: reuniting to film the ’30s-era series, “The Last Tycoon,” based on F. Scott Fitzgerald’s unfinished novel of the same name. 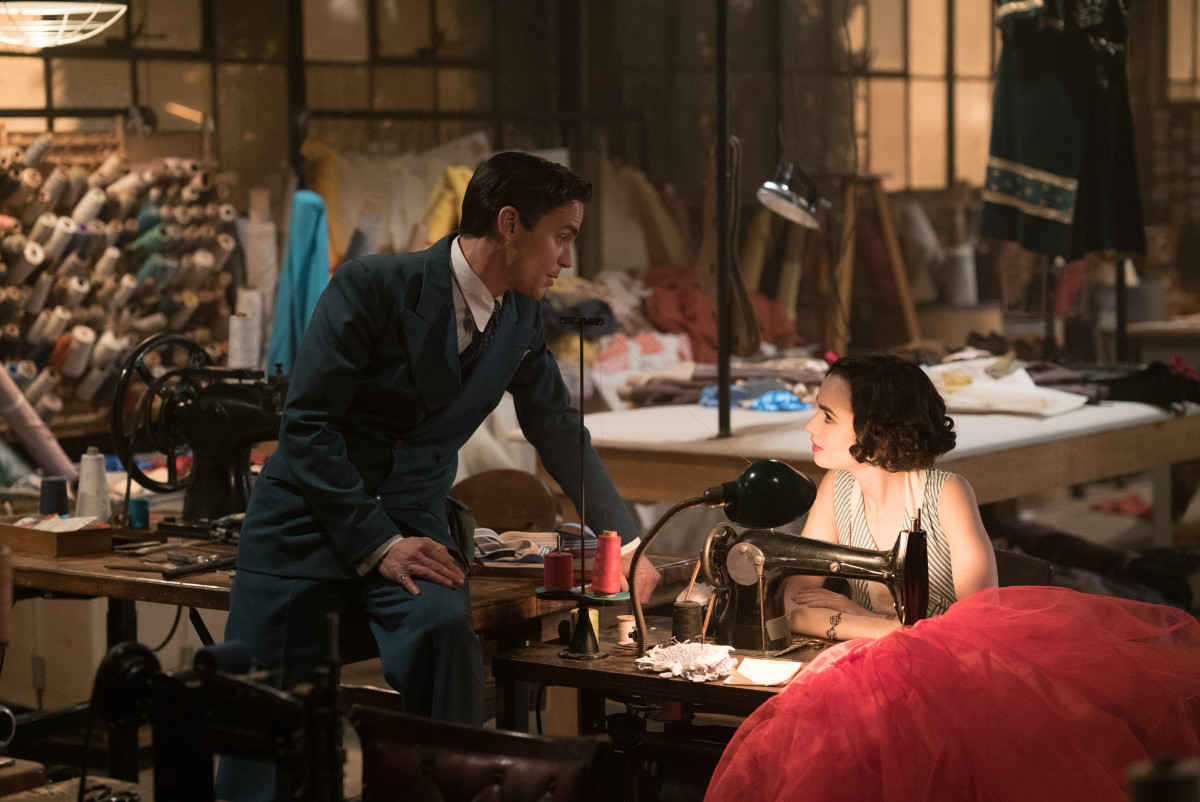 “We are such a well-oiled machine,” says Grossman, emphasizing how much she appreciates the trio’s rapport during interminably long and exhausting shoots. “Theraesa will do some amazing hairdo, and then all of a sudden I’m re-inspired. Or Janie will send us her costume designs and we’re just like, ‘Okay, now all of a sudden I have a million ideas.'”

The three bring their A-game to this ensemble drama starring Lily Collins as Celia Brady, aspiring producer and daughter of studio head, Pat Brady (Kelsey Grammer), a character inspired by movie studio legend Louis B. Mayer. In the pilot, she crushed on Pat’s dreamy widowed protégé, Monroe Stahr (Matt Bomer and his mesmerizing blue eyes), who finds himself drawn to Irish waitress Kathleen (Dominique McElligott), who reminds him of his dead spouse; he also has a habit of falling into bed with Pat’s unsatisfied wife Rose (Rosemarie DeWitt). The series also takes a deep — and, again, timely — dive into the machinations underneath the dazzling veneer of the then-burgeoning entertainment industry to expose racism, anti-semitism, sexism and economic disparity.

Of course, since “The Last Tycoon” is set in peak Golden Age Hollywood, Bryant, Grossman and Rivers set the glam factor to the highest level possible. (There’s even a re-creation of the 1937 Oscars.) And the three, busy at work on their next projects, were happy to jump on the phone with me to explain exactly how they brought 1930s Old Hollywood to life in “The Last Tycoon,” which debuts on Amazon Video on Friday. 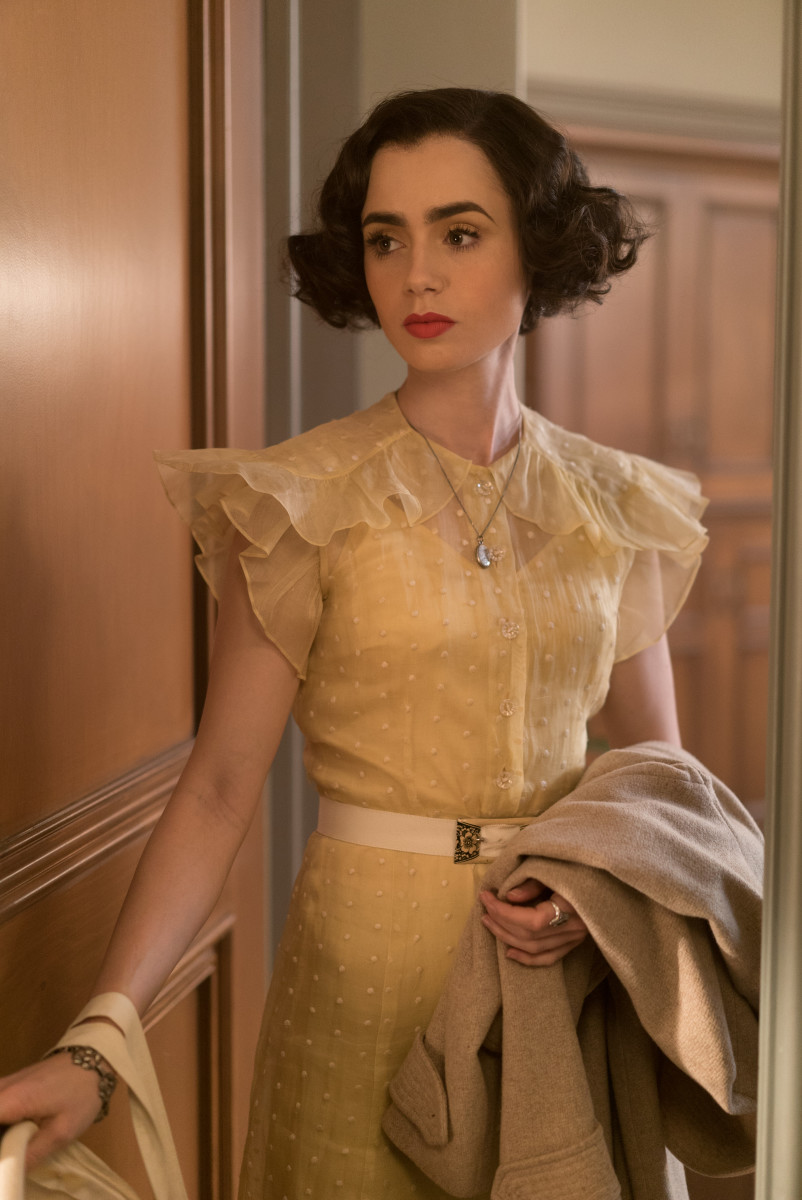 “She’s a regular person, so we wanted to keep her a little more simple,” says Grossman about the Bennington College drop out turned junior producer. Celia’s learning the ropes from the ground up and discovering the nasty underbelly of her dad’s studio first-hand. While she’s performing menial tasks and toiling in the cubicles, her beauty look stays “simple and natural,” but still follows the trends of the era, like dark, defined berry lips. Staying true to the times, Grossman stuck with very specific shades since a limited number of brands and colors were available in the ’30s. Her favorites: Bloodroses Noir and a purple-gray Poisonberry by Kevyn Aucoin to match Celia’s similarly hued dress in the last episode.

But, the decade’s severely thin (and sometimes shaved) eyebrow trend wasn’t an option for Celia, as Collins is famed for her — now, in 2017 — covetable thick, dark brows. So Grossman let them be, but groomed them with Anastasia Dipbrow in Chocolate. “I mean, [Collins] also has a beauty contract, so we couldn’t do anything,” laughs Grossman. “I felt like it worked for her character, anyway.” Celia’s bobbed waves are based on a “classic ’30s cut,” but spoiler alert: For the pilot, Collins’s short hair was perfect to re-style into period waves, but grew out by the time the series started filming. “So we ended up wigging her,” says Rivers. “It’s set with a finger-wave at the top and then pin-curls at the bottom.” 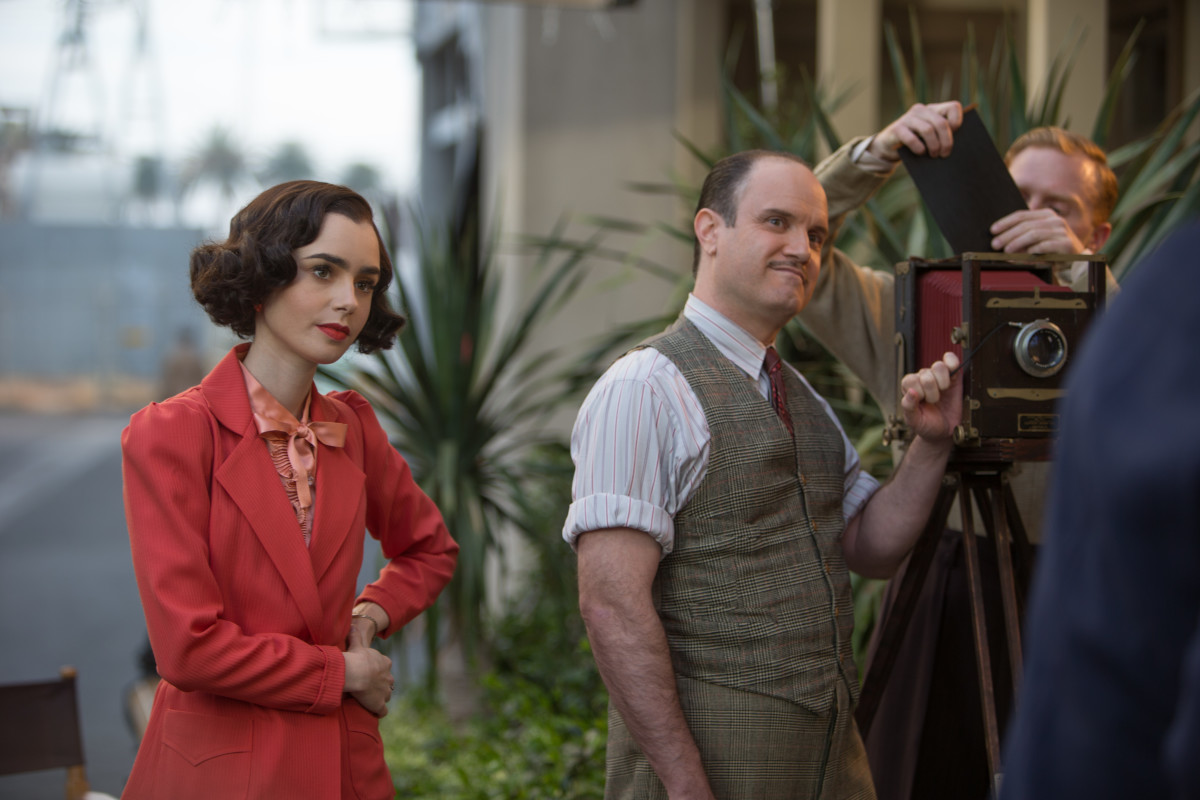 Now that Celia’s at work and earning respect from her peers, her wardrobe evolves, too. “I really wanted her to have the transition of looking like a schoolgirl into a young professional woman at that time,” says Bryant, who looked to the “tailored daytime looks” of film icons and famous images from ’30s and ’40s Hollywood photographer George Hurrell for “constant” inspiration. Celia moves out of collegiate skirt and sweater sets to more polished, but still youthful and posh — she is the boss’s daughter — blouse and skirt ensembles, printed dresses with contrast collars and proper jackets.

“As with every period show, it always is a combination of buying vintage, renting vintage and making and designing pieces that look like they’re vintage,” says Bryant. 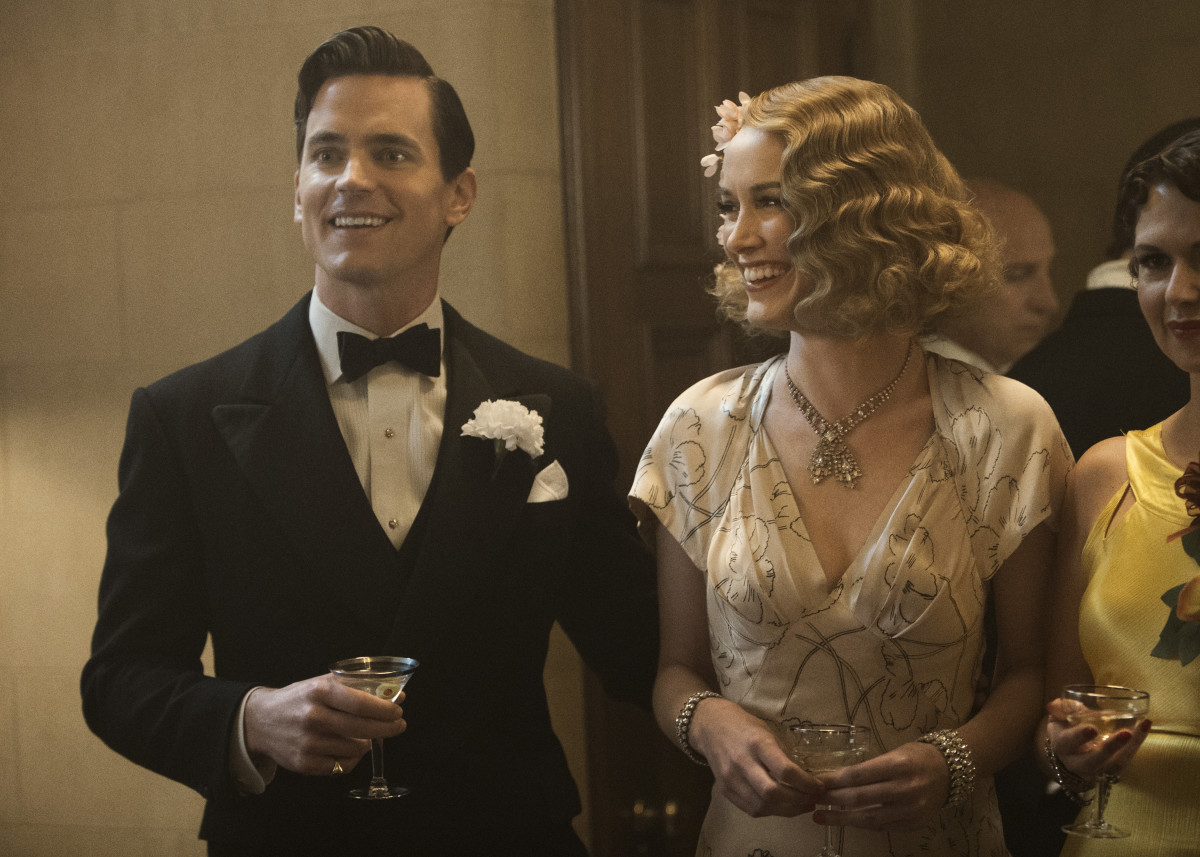 Kathleen — with her movie star looks, but a disdain for Hollywood (and apparently a dark secret) — grows closer to Monroe, thereby requiring fancy dresses to wear to industry gatherings. Since the Irish waitress comes from a humbler background than Celia, she sews her own clothes at home, which is reflected in her costumes: soft, feminine ruffles, delicate floral prints and rich fabrics and textures, like a beautiful sapphire blue velvet dress she wears on her first with Monroe.

“She has access to different fabrics and that kind of thing,” explains Bryant. “She’s a character who would be attracted to more natural prints that would remind her of home and things that she would wear at home. Like a country girl.” But as Kathleen becomes more involved with Monroe and his all-consuming work, her circumstances might change. “I can just say, she definitely has a progression in her costume design,” hints Bryant.

As for makeup, the reluctant Hollywood player’s beauty routine reflects more of a silver screen aesthetic. “Dominique has such a great period face,” says Grossman. “We were able to delve more into Old Hollywood and old movie stars.” Kathleen’s eyebrows are more period authentic, as Grossman was able to fake a pencil-thin arches with darker shadow. Her hair, also a wig, typifies the favored lob-length waves in the ’30s, plus the popular styling habits of the era. “Back then, women went to the salon and got their hair finger-waved once a week,” Rivers says. “We tried to give her that look.” 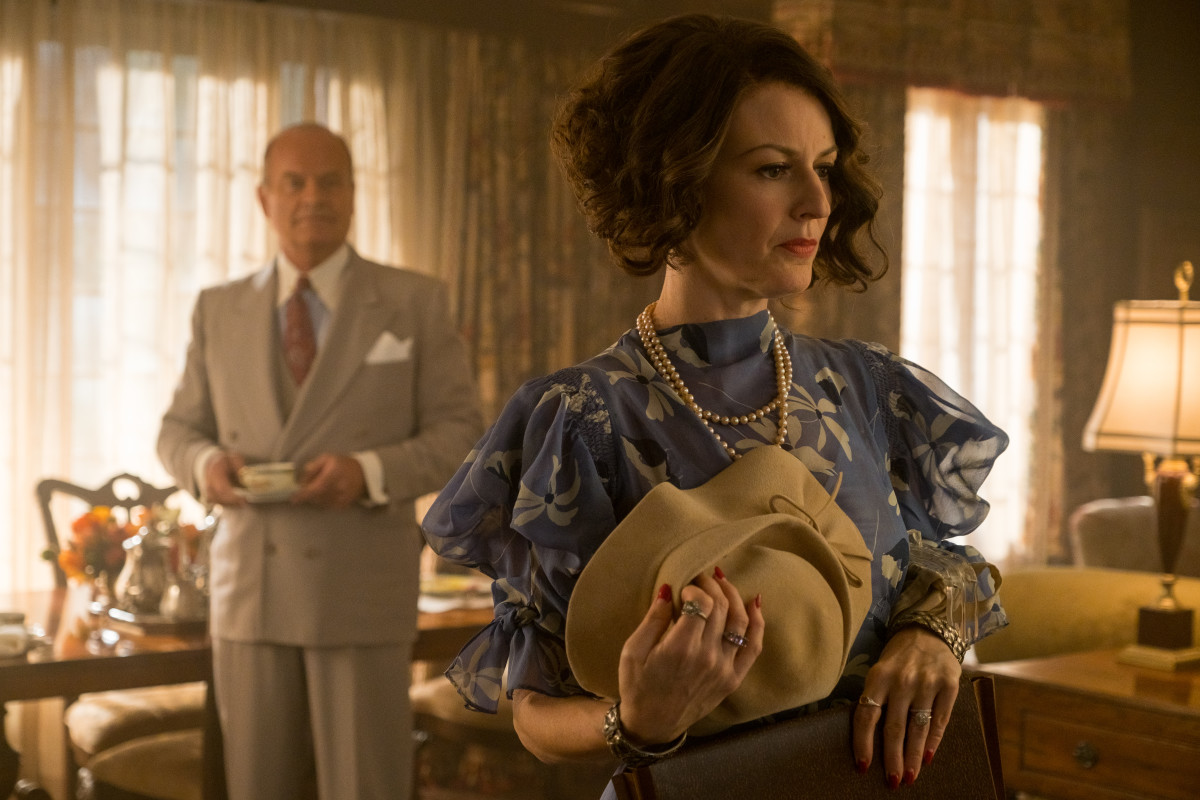 Rose is rich, wealthy and oppressed by both her husband Pat and general society. “All she did all day was stay home and get her hair done and manicure herself, basically,” says Grossman. “We always kept her very, very, very put together. Even at the end of the night, she always had her lips on for her husband.” To mimic the colors of the era, the makeup artist looked to retro-inspired beauty line Besamé, especially the colors Cherry Red, Merlot and Carmine. While hard-working daughter Celia’s nails are color-free, Rose’s manis are always on-point. “She has those nails, like those half-moons, which were really popular at the time,” says Grossman.

Rose’s shorter bob (also a wig) helps her keep up appearances. “We try to keep her [looking] sophisticated and upscale, but not too tight and conformed. It’s very fashion-forward,” says Rivers. Same goes for Rose’s wealthy studio wife wardrobe. But, like some women in high-profile, yet somewhat voiceless positions still do, Rose lets her wardrobe do the talking for her — especially with her all-white blouse and crisp pants outfit, which Bryant gleefully calls “her walking costume.”

“Wide-leg trousers were such an important part of a women’s wardrobe during the 1930s,” she says. “Rose has this very rebellious spirit: Rebellion against her husband, rebellion against being a studio wife, rebellion against just living with staying put. She really wants to break out. She wants to have a life outside of the husband’s life, so the pants — and I should say the entire walking costume — were an illustration of all those elements of her characteristics.” 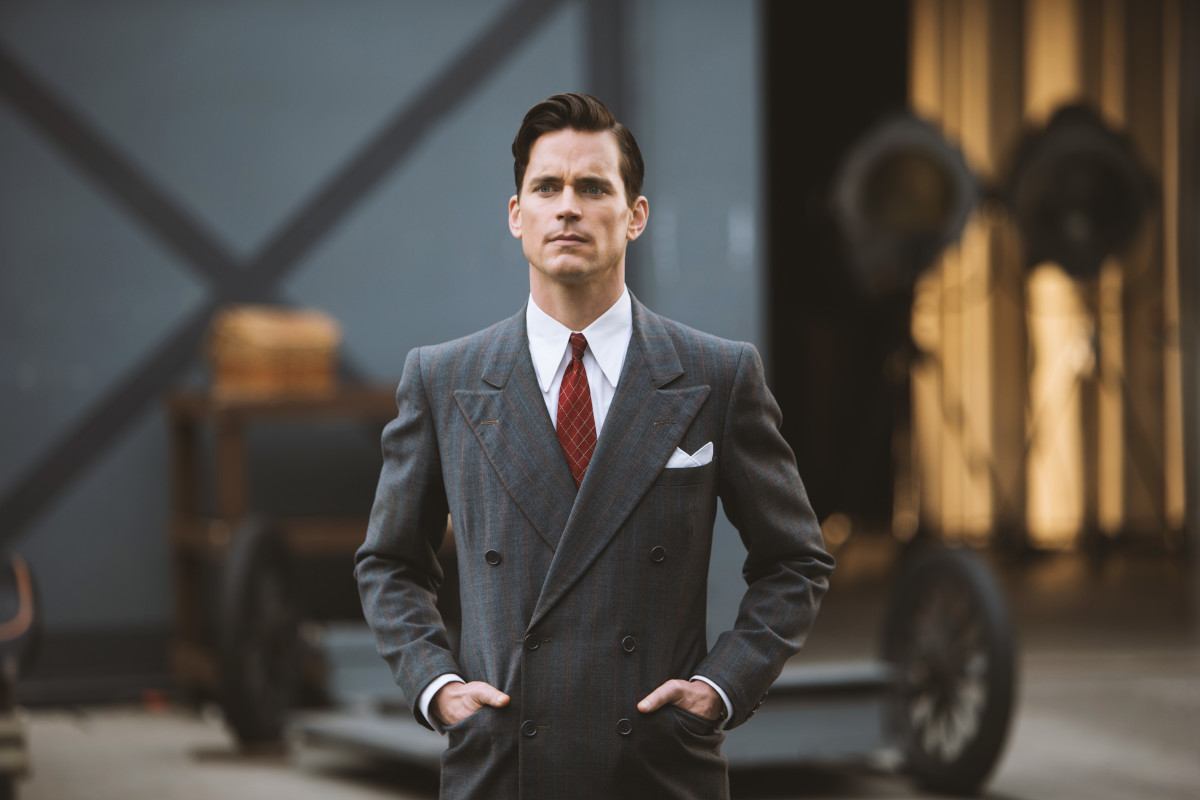 A “The Last Tycoon” Hollywood round-up wouldn’t be complete without a spotlight on wunderkind producer Monroe Stahr, starting with his very dapper and 100-percent true-to-the-1930s corporate-wear. “It’s so fun to make suits during this period, I love it,” says Bryant. “It’s all about those wide shoulder, nipped waist, double-breasted jackets. Wide leg trousers. It’s about everything being wide and big. It’s very different from ‘Mad Men’ minimalist and everything skinny.” The costume designer and her team custom-made the suiting, plus kept Monroe in consistent, masculine colors like deep maroons and blue ties that complement Bomer’s piercing eyes.

Monroe’s hair is also based on authentic ’30s men’s coifs. “He has such a lovely face, you can’t do anything wrong on him,” says Rivers, as humanity nods in agreement. “He has a classic men’s haircut — clipper-ed from the back onto the sides, then cut with shears on side and very sharp clean part with a bit of a wave at the top — because he’s Hollywood’s golden boy.”

And, no, Grossman didn’t use any makeup tricks to make Bomer’s eyes any more enthralling on-screen. “He is perfect. That is all him,” she says. However, the makeup artist’s rush from the sparkle-filled “GLOW” shoot to the rarified “The Last Tycoon” set ended up unintentionally adding extra radiance to the actor’s face.

“The first day on set, I had my camera test, and I was looking at Matt and was like, ‘Oh my god, he has glitter all over his face,'” she laughs. “I just had to throw all [my brushes] away and start over. The glitter infected ‘Tycoon!'”