Celebs who destroyed their interviewer

Perhaps The Social Network star Jesse Eisenberg got a little bit too meta in his portrayal of the infamously smug Facebook founder, Mark Zuckerberg. Honestly, it’s hard to tell exactly what he was thinking when he used an entire Univision interview to roast a younger blogger while promoting his film Now You See Me (which likely made would-be moviegoers, coincidentally, not want to see him at all).

In between railing on Say My Name host Romina Puga for referring to Morgan Freeman by his last name and mocking her for writing interview questions on her hand, Eisenberg’s sense of humor clearly went from sarcastic to caustic. We’ve pulled this little highlight, which proves Eisenberg has no clue how to read a room:

Eisenberg: “Well, you are like the Carrot Top of interviewers.”

Eisenberg: “No, don’t cry now. Cry after the interview is over ’cause otherwise, I’ll look like I’m responsible for it.”

In a now-deleted Tumblr post titled “Jesse Eisenberg isn’t very nice” (via The Daily Mail), Puga claimed she was “humiliated” by the star.

The real reason Darius Rucker is splitting from his wife of... 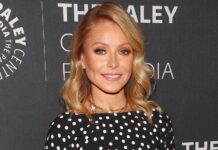