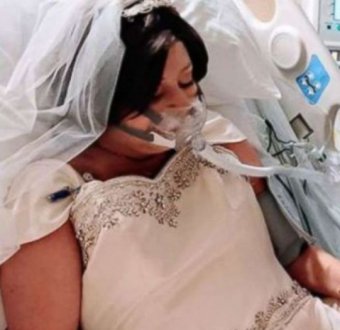 A bride battling an aggressive type of breast cancer died just 18 hours after exchanging vows with her groom.

Heather Mosher, from Connecticut,  was diagnosed last December with breast cancer, the same day her then-boyfriend, Dave Mosher, proposed to her on a horse-and-carriage ride.

“Now more than ever, I needed for her to know that she’s not going to do this alone,” he recalled. 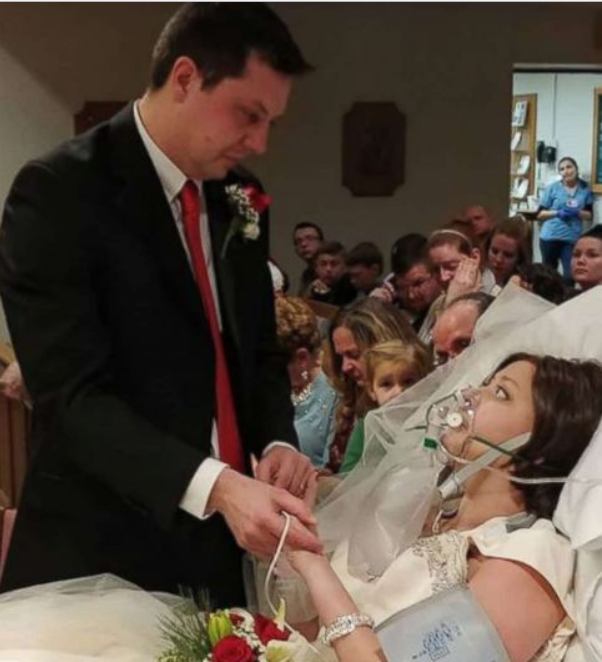 The couple had met at a swing dance group in Hartford, Connecticut, and quickly became friends before dating.

“When you’re with your great love … it’s like trying to separate your arm from your body, you can’t do it. You’re connected. She was my girl,” Dave Mosher added, choking up.

While enduring two rounds of chemotherapy and two surgeries, Heather and Dave Mosher planned their wedding. They were originally set to get married on Dec. 30 but Heather Mosher’s doctor suggested the couple wed “sooner rather than later.” 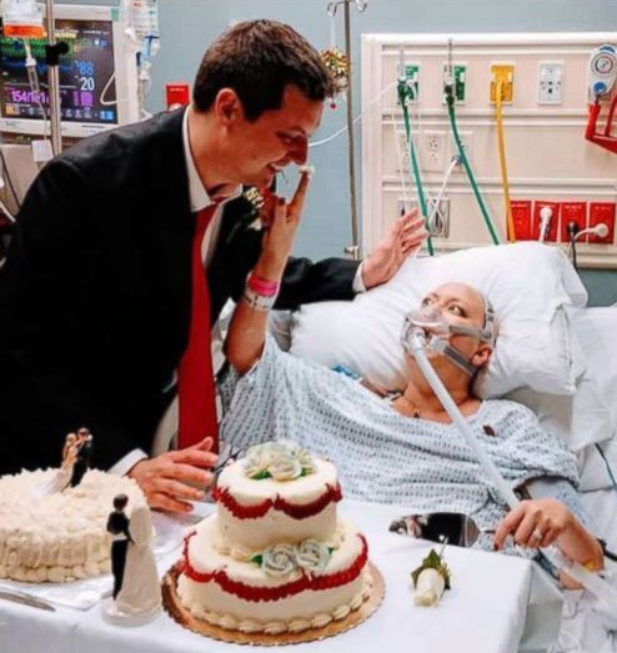 On Dec. 22, the couple exchanged vows in front of family and friends inside St. Francis Hospital in Hartford, Connecticut, on Dec. 22. Heather Mosher, who was on life support, lay in bed, wearing a wig, a wedding dress and jewelry. Heather Mosher’s friend, Christina Karas, who she met in the same swinging dance group four years ago, was one of her bridesmaids.

Karas, 36, told ABC News: “She was dying and it was clear while we were all there that these were the last moments of her life. She held on to stay alive for the wedding … a wedding to the man of her dreams.”

Dave Mosher noted, “Some of her last words were her vows.”

Heather’s family plan to hold a funeral for her on the day the couple had initially planned to marry, Dec. 30. Her husband said the coincidence was not intentional.

“It was just like surreal because I’m supposed to be exchanging vows to her and here I am saying goodbye,” Dave Mosher added. 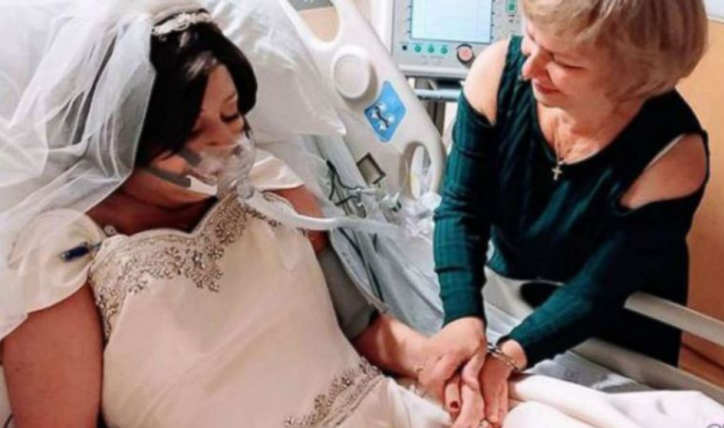 Sugarcane Juice The health benefits of this drink will leave you speechless
More photos of Nigeria’s favourite couple, Banky and Adesua at their traditional marriage and details of their upcoming white wedding
photos! Mo Abudu, Banky W, RMD, Patience Ozokwor, Lai Mohammed, Adesua, Betty Irabor, Iretiola Doyle, others at the premiere of Wedding Party 2
Ivanka Trump never expected the savage response she got when she tweeted at Prince Harry and Meghan Markle
Photos: Never too late for love! Man, 90, weds 83-year-old woman in Uganda
Osinbajo Your heart is my home – VP tells wife on 28th wedding anniversary
Prince Harry: Stars were aligned when I met Meghan
Photo: Did Nigerian transgender Miss Sahhara get bigger breast implants?
“The Wedding Party” Do we need another sequel?
Banky W, Adesua Etomi Everyone say hi to Mr and Mrs. Wellington!
Prince Harry sidesteps Obama-Trump wedding guest list controversy
Lol…Who did this President Trump?
Photos: Vice President Yemi Osinbajo attends wedding of the DSS official attached to him
Prince Harry and Meghan Markle’s wedding date and venue have been revealed
Juliet Ibrahim warns boyfriend If you mess me up Ghanaians will deal with you
Multi TV channels reportedly reach out to Cardi B &amp; Offset for a million dollar ‘TV wedding special’ deal
‘My name is Kunle Remi and not Adesua’s ex’ Nollywood actor reacts to reports claiming he was once Mrs Wellington’s boyfriend
Photos: The Kano-based priest who quit Catholic Church recently got married? See his supposed wedding photos!