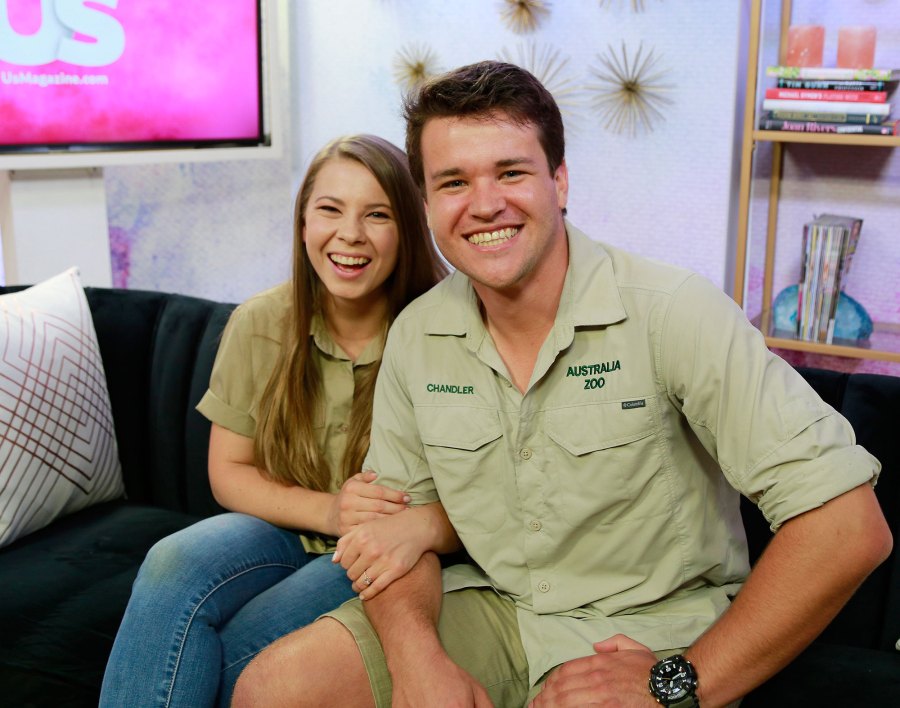 In their hearts on their big day. Bindi Irwin revealed that she “absolutely” will pay tribute to her late father, Steve Irwin, during her wedding to fiancé Chandler Powell.

“I really wanted Dad to be a big part of the day, so I’m excited to be able to incorporate him throughout the ceremony and the reception, and I think it’s going to be really special because I feel like his spirit lives on in us,” the 21-year-old Crikey! It’s the Irwins star told Us Weekly exclusively on Friday, September 27. “It’s going to be a celebration of family and friends, our wildlife, and I think that night, it’ll be about our lives together and the joining of families. It’s going to be beautiful.”

Stars Who Had Multiple Wedding Celebrations

Bindi noted that her younger brother has taken the reins on the operation. “Robert does have some interesting wedding suggestions,” she explained. “So we’ve been wedding planning, and I think, out of all of us, Robert’s had the most input on our wedding.”

The 15-year-old chimed in: “I’m thinking choppers, need to rappel down. … Remember Idris Elba deejaying [at Prince Harry and Duchess Meghan’s wedding]? I thought that was another good option.”

Terri, for her part, respects her daughter’s wishes. The 55-year-old even compared the bride to Parks and Recreation’s Leslie Knope, thanks to her obsession with color-coded binders and weekly wedding meetings. “People are like, ‘Oh, do you argue about what the wedding’s going to be like?’” she told Us. “I’m like, ‘No, I just nod and smile. It’s all laid out.’”

Terri continued: “I always think about what would Steve be doing, and while we’re discussing the wedding planning and the details, I know he would just be crying because he was so soft on the inside and loves [Bindi] and Robert so much and would have loved you, Chandler, and he would have definitely cried at the wedding. He couldn’t have given a speech. … It would have been incredibly special.”

Bindi and Powell announced their engagement in July.

Steve died in September 2006 after being pierced by a stingray.

With reporting by Christina Garibaldi