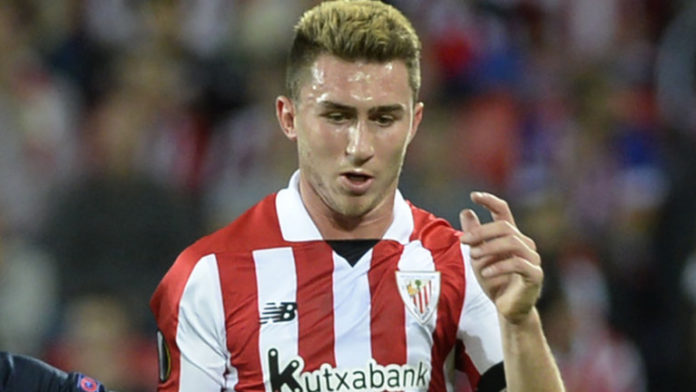 Manchester City have completed the signing of French defender Aymeric Laporte from Athletic Bilbao on a deal until 2023.

The club have paid his £57million release clause, making him their record transfer.

The France U21 international issued a farewell message to all those involved with the Basque club in a post on their Twitter account on Monday, in which he thanked team-mates and fans for his six-year spell at the club.

Sky Sports News reported last week that discussions had begun between the clubs over a deal for the 23-year-old.

The defender, who has made 19 appearances for Athletic this season, was left out of their squad to face Eibar on Friday.

Laporte previously turned down a move to the Etihad in October 2016 but the Premier League leaders have always remained interested.