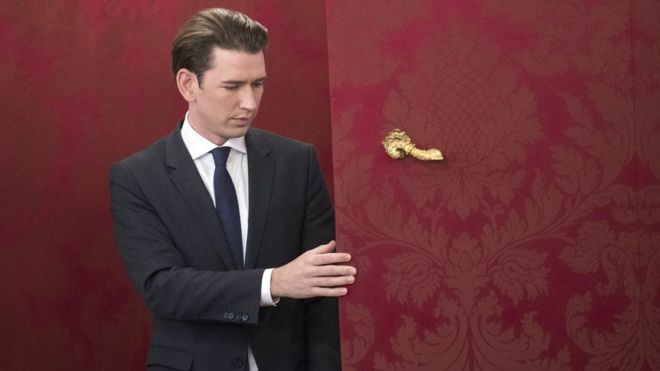 Austria’s conservative People’s Party has agreed a coalition with the far-right Freedom Party.

The deal comes two months after a parliamentary election which the People’s Party won but without an overall majority.

At just 31, the People’s Party’s Sebastian Kurz is set to become Europe’s youngest head of government.

If the coalition is ratified, Austria would become the only western European state with a governing far-right party.

The parties previously governed the central European country together between 2000 and 2005.

A 15 October election in Austria failed to yield a conclusive result.

The campaign was dominated by Europe’s migration crisis, something the anti-immigration Freedom Party has long campaigned about,