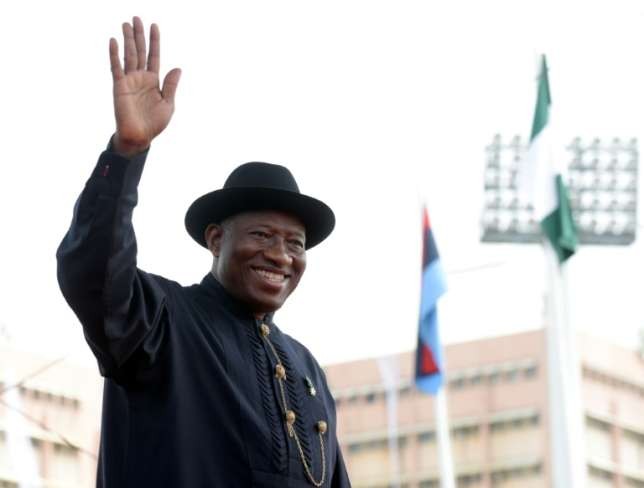 Tinubu said that the administration of President Goodluck Jonathan was the worst culprit in the pillaging of the nation’s resources.

Tinubu spoke at the 35th annual Aminu Kano Memorial Symposium, held in Kano on Tuesday. He was represented by Governor Abiola Ajimobi.

Other speakers at the event were Mr Dapo Olorunyomi, Publisher of Premium Times, and a stalwart of the APC, Dr. Usman Bugaje.

The speakers examined `Democratic governance in Nigeria and the imperatives of party ideology and supremacy’.

Tinubu said that the administration of President Goodluck Jonathan was the worst culprit in the pillaging of the nation’s resources.

He attributed the country’s current infrastructural deficit to the billions stolen by the past governments.

The APC national leader said that the present government under President Muhammadu Buhari had in the past three years been labouring hard to clean the rot and give the people a new lease of life.

“The APC government may, at times, be imperfect in fulfilling the spirit of Aminu Kano but we are far from the PDP, which has perfected the malign craft of giving selfish ambition primacy over the public good.

“Consequently, the Buhari government has spent inordinate time cleaning the rot and plugging the holes in the corrupt system they institutionalised as their strategic policy and national direction.

“The APC has been working to steer our national ship from this awful direction in order that we may bring the people and their welfare into safe harbour,’’ he said.

Tinubu said the billions of dollars and trillions of Naira stolen by past governments if used for the people, would have transformed the nation.acc

According to him, “the stolen money would have acquired the infrastructure and implement the programmes that bring greater development and economic justice to all.

“Instead, the select few ate more than their bellies could contain. Distorting the cause of justice and hijacking the means of national welfare.

“They wildly enriched themselves and left the average Nigerian to dine on the passing wind.”

He stated that the ruling government had less resources at his disposal than its predecessors due to the drop in oil prices, but have done more with the less it has.

The APC national leader said the theme of the symposium was apt and timely, commending the Aminu Kano Centre for Democratic Research and Training and Bayero University for the initiative.

Tinubu described Aminu Kano as a great man that could have lived an easy life by exploiting, for selfish objectives all the opportunities opened to him.

“Instead, he devoted himself to the welfare of the people. He took the harder path because it was the true and correct one.  As Aminu Kano did, we must do!

“The spirit of this great man must guide more than our deliberations here today. That spirit must direct our political intercourse and actions,’’ he said.

In his paper, Bugaje raised a few posers such as the difference between power and authority, legality and legitimacy, as well as eligibility and sustainability.

“In order to succeed, he said a leader must be knowledgeable, courageous and selfless. A leader must be like a shepherd who leads his cattle to a place of pasture and a good place where they can graze,’’ Bugaje said.

In his own presentation, Olorunyomi stressed the need for the country to be in accord and be united in purpose.

He said that Rwanda, in spite of challenges it recently went through was able to bounce back into a unified entity where law and order reigned, adding such was achieved through unity of purpose.