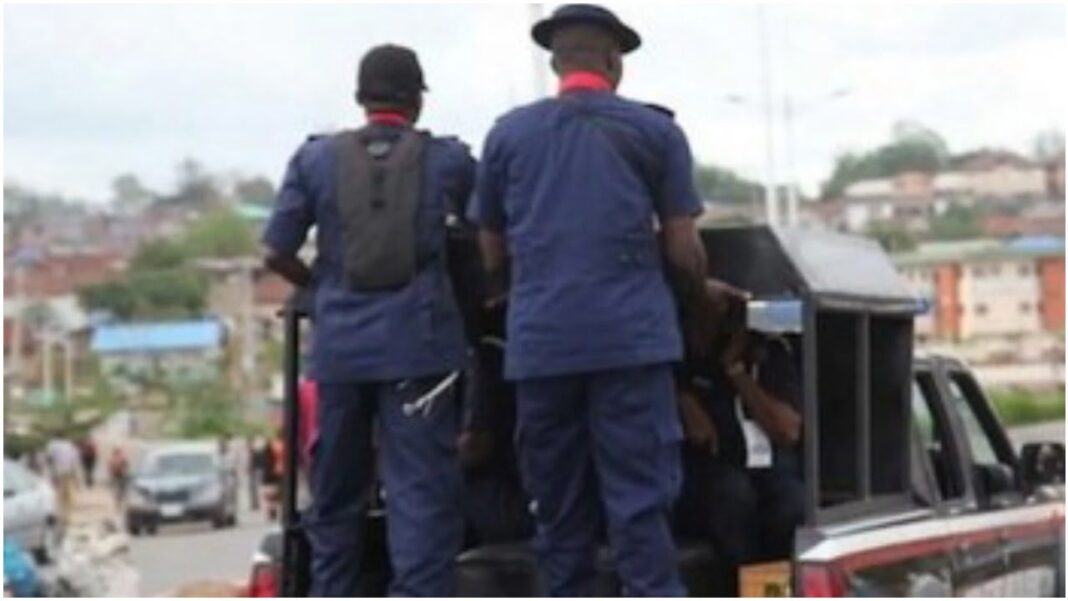 DC Olusola Odumosu, Director of Public Relations, said the leadership of the corps has set up a panel to investigate the true position of the incident.

According to him, “this is going to be the last time any member of this service will be involved in such heinous crime; enough is enough.”

He added that the corps would make scapegoats of the bad eggs within its employ.

“Only last week, I read the ‘Riot Act’ to all heads of the Anti-vandal unit in the Niger Delta region; this time around, I will make sure that anyone dragging our name in the mud is shown the way out.

“I have given the investigative committee only one week to authenticate the video and submit their report which we shall act on with immediate alacrity,” the statement said

He described it as unfortunate and highly disgraceful for any officer of the law who ought to be custodians of Integrity, truth, and justice to be seen negotiating and extorting money from the citizens they are meant to protect.

He further explained that the Corps would adopt its internal disciplinary mechanism to address the situation and bring the perpetrators to book.

He said the Corps has in place an internal disciplinary mechanism that usually regulates the conduct of personnel, and anybody found wanting will be dealt with accordingly.

He further added that the terms of reference of the investigative panel are to conduct a forensic examination of the trending video without prejudice, to identify those captured by the camera.

He said they are also to recommend commensurate punitive action for the infringement committed by Public Service Rules.

He added that the NSCDC will never tolerate any acts or conducts capable of jeopardizing public interest and its mandate of safeguarding all Critical National Assets and Infrastructure in the country.

According to him, any officer caught violating the Corps Standard Operating Procedure and Code of Ethics would be decisively dealt with irrespective of rank, status, or nativity.

Also read So Many Wedding Dresses! Every Time Jennifer Lopez Played A Bride On Screen

He reaffirmed the Corps’ commitment to salvaging the nation from economic saboteurs carting away the nation’s crude oil and other Petroleum products.

He said only a few days ago, he commissioned eight gunboats in Port Harcourt, Rivers State, to wage a full-scale war against oil theft and illegal bunkering, and we will not be deterred from protecting our commonwealth and improving the government’s revenue in this sector.