So Many Wedding Dresses! Every Time Jennifer Lopez Played a Bride on Screen 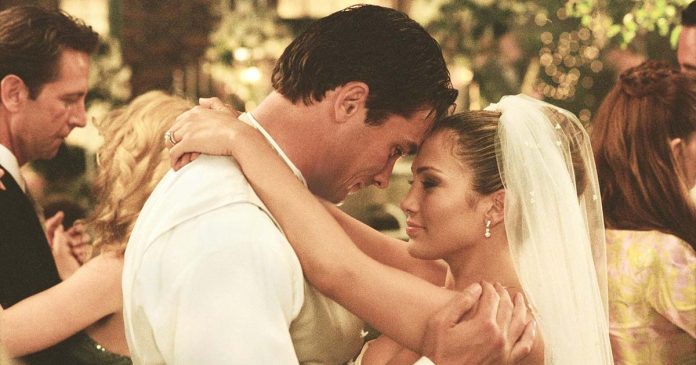 Practice makes perfect! Jennifer Lopez‘s extensive filmography has offered the actress a chance to explore many roles — including several chances to walk down the aisle.

In 2001, Lopez got to wear a wedding dress while starring alongside Matthew McConaughey and Justin Chambers in The Wedding Planner. In honor of the film’s 20-year anniversary, the singer reflected on how important it was to explore onscreen romance.

“You’re very aware that you’re doing something that will bring happiness [that will make people] dream a little bit about true love and finding that. That’s everybody’s quest and search in life is to find your place, where you belong, and these movies definitely do that,” the Hustlers actress told McConaughey during a joint Instagram Live in January 2021. “I think people got away from wanting to have that for some reason because they wanted things to be real…. how dirty can we make it. How hardcore can it be?”

Lopez added: “Once life gets hardcore like it did this past year [due to the COVID-19 pandemic], it gets really tough, and reality really hits you…. you kind of crave that again, and that is one of the joys of being able to reminisce on this movie today and hope that we have some more like that.”

The New York native later put on a wedding dress again for Marry Me — which explored a very different love story. In the film, Lopez’s character is meant to marry her fiancé (Maluma) onstage, but moments before their live ceremony, she finds out that he was unfaithful. Instead, she decides to exchange vows with a random man in the audience (Owen Wilson), which kicks off an unexpected connection.

“There’s a lot about [Kat] that only somebody like me could understand, right?” Lopez told Rolling Stone in February 2022. “I had to keep reminding myself: You know what it’s like to be onstage in front of an arena full of people and something embarrassing happens. That’s happened to you. What do you do? What does it feel like when it all falls apart and you go home and you’re on the TV and they’re making fun of you as if it’s not painful? How does that feel? You know what? You’ve cried in a puddle on the floor too. That’s what it feels like. Or going underwater at that point where you feel like you’re drowning, suffocating in your own decisions that you know are not the right ones.”

Offscreen, however, Lopez has found success in her personal life through the years. Lopez first tied the knot with Ojani Noa from 1997 to 1998. She was later married to Cris Judd from 2001 to 2003 and Marc Anthony from 2004 to 2014. Before she got together with Anthony — with whom she shares twins Max and Emme — the performer was set to walk down the aisle with Ben Affleck.

The couple were previously engaged between 2002 and 2004 before they decided to call it quits. After nearly two decades, Lopez and Affleck reunited in May 2021 following her split from ex-fiancé Alex Rodriguez.

The True Love author later announced that the Argo director proposed for a second time. “Saturday night while at my favorite place on earth (in the bubble bath), my beautiful love got on one knee and proposed,” she wrote in her “On the JLo” newsletter in April 2022. “I was taken totally off guard and just looked in his eyes smiling and crying at the same time.”

Three months later, Us confirmed that Lopez and Affleck tied the knot in a Las Vegas chapel. “We did it. Love is beautiful. Love is kind. And it turns out love is patient. Twenty years patient,” she wrote in her newsletter in July 2022. “In the end it was the best possible wedding we could have imagined. One we dreamed of long ago and one made real (in the eyes of the state, Las Vegas, a pink convertible and one another) at very, very long last.”

At the time, the Shades of Blue alum teased that one of her two wedding gowns came from a past film.

Scroll on for a breakdown of Lopez’s onscreen weddings: 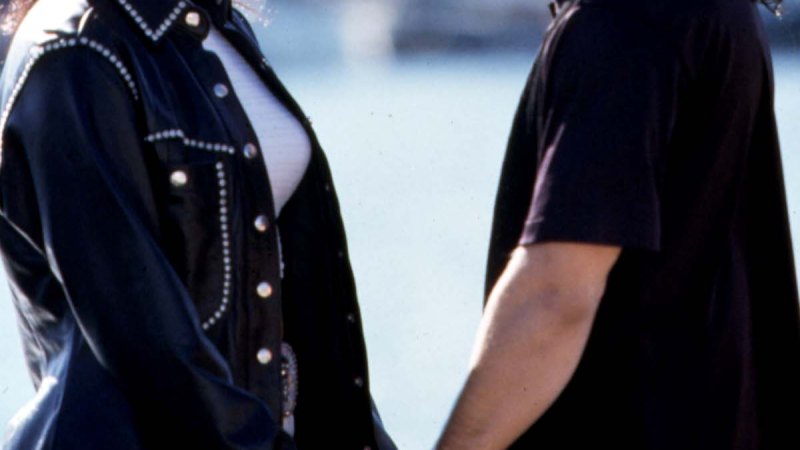 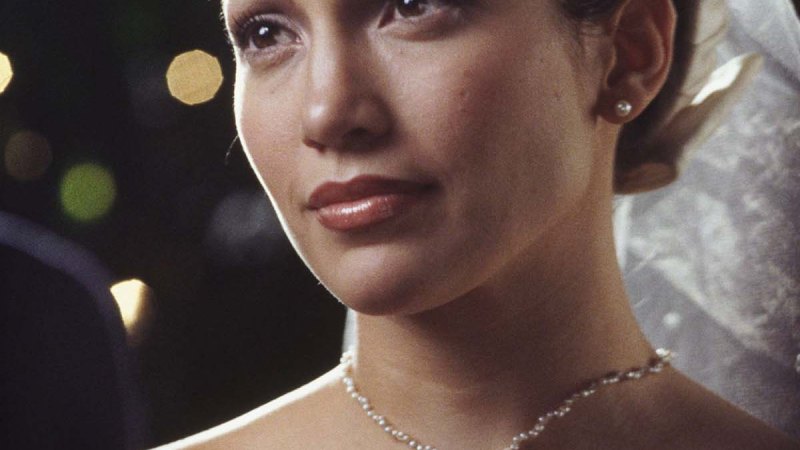 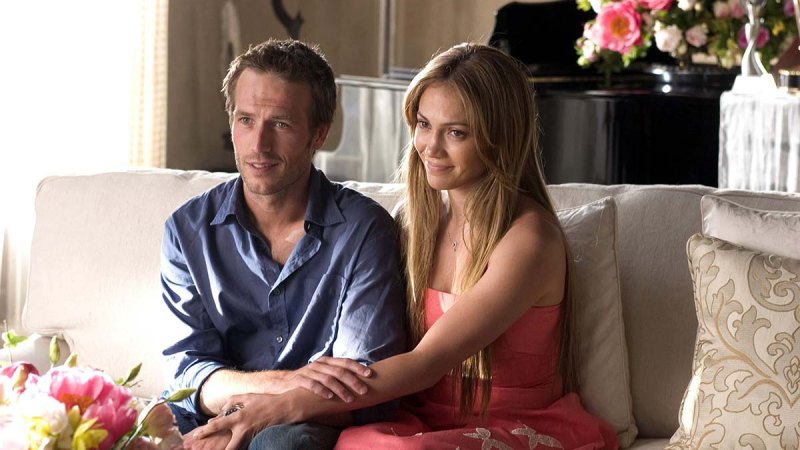 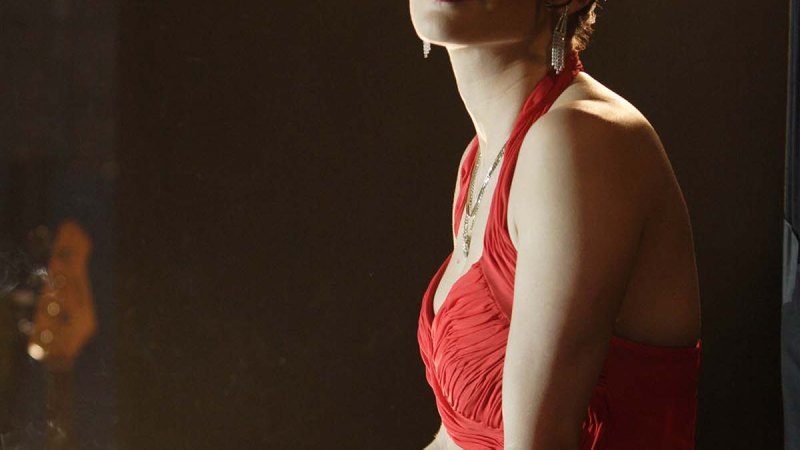 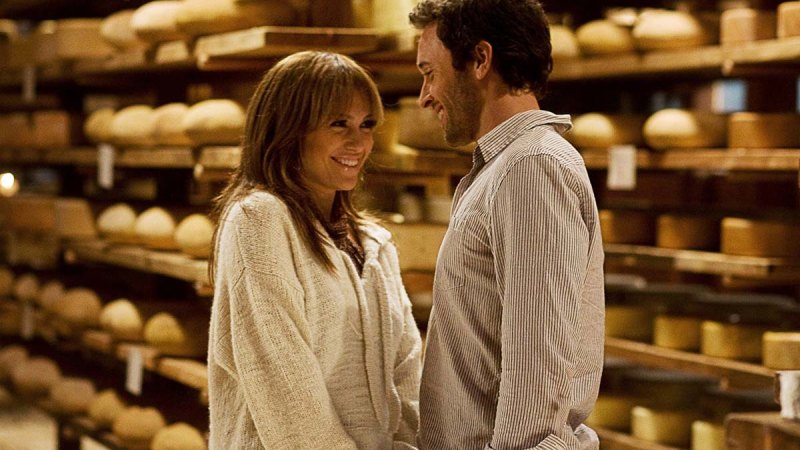 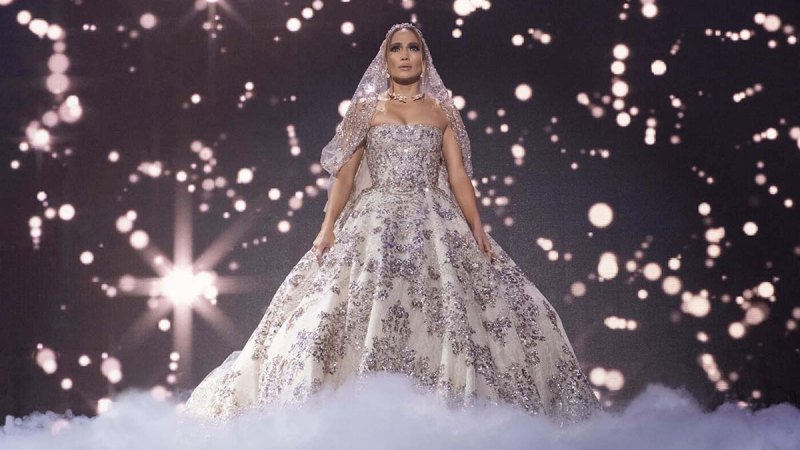