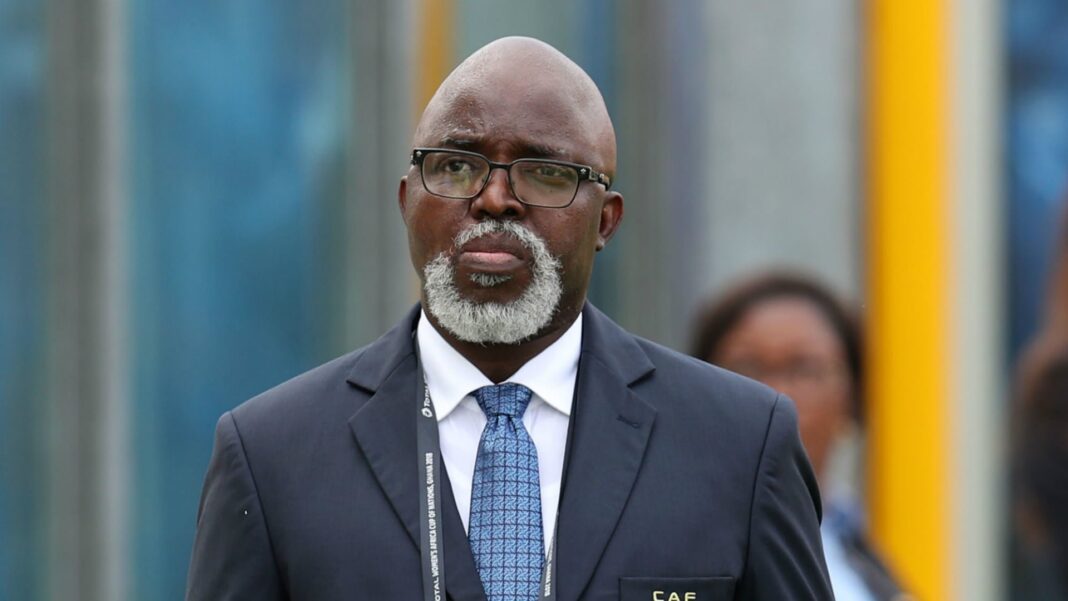 President of the Nigeria Football Federation (NFF), Amaju Pinnick, has finally opened up on why Watford star, Emmanuel Dennis was dropped from the Super Eagles’ 2021 Africa Cup of Nations, AFCON, squad.

Dennis was among the four players who were replaced in the Super Eagles’ squad for the 2021 AFCON in Cameroon this January.

The 24-year-old striker was replaced in the Super Eagles’ 28-man squad last Friday by Olympiacos’ Henry Onyekuru after his Premier League club declined his release to play at the 2021 AFCON.

His club manager, Claudio Ranieri, had insisted that the NFF failed to send a pre-call, a provisional roster submitted before the final squad is announced, within a certain timeframe.

However, Pinnick has now elucidated that Dennis was not originally included on Nigeria’s provisional roster for the AFCON, adding that the former Club Brugge star was only added to the squad list following the sacking of former Super Eagles manager, Gernot Rohr, last December.

“There are statutory provisions regarding inviting players, we were given the deadline for the first list,” Pinnick told Arise News.

“In a big tournament, you submit a first list comprised of 37-40 players in case there are injuries or you can replace or bring in some new players.

“The first list that was submitted by our first coach Gernot Rohr on the 15th excluded Dennis, that was the origin of the problem.

“Dennis, I’m in touch with him, he wants to play for Nigeria, he loves the country, but you can also see that some clubs are very stubborn, especially those ones that are struggling.”