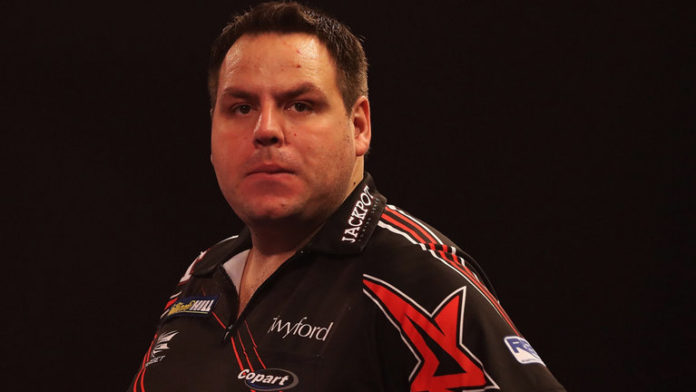 Adrian Lewis has been suspended with immediate effect by the PDC after an altercation with Jose Justicia at the conclusion of their quarter-final match at Friday’s UK Open qualifier.

Lewis, 33, defeated Justicia 6-5 in a deciding leg which set up a semi-final contest with Michael van Gerwen at the Robin Park Tennis centre, but the match was marred by incidents both during and after the contest.

Two-time world champion Lewis confronted Justicia during and after the eighth leg, including directing some expletives at the Spaniard.

Following the match, Lewis pushed Justicia away at the neck, leading to tournament officials to step in and escort ‘Jackpot’ away.

Explaining their decision to suspend Lewis, the PDC said in a statement: “Following a review of the incidents which occurred in his match with Jose Justicia at Friday’s UK Open qualifier, the Darts Regulation Authority has suspended Adrian Lewis with immediate effect pending a full investigation into the matter.

“The player has the right of appeal.”

Lewis lost 6-3 in his semi-final against Van Gerwen.