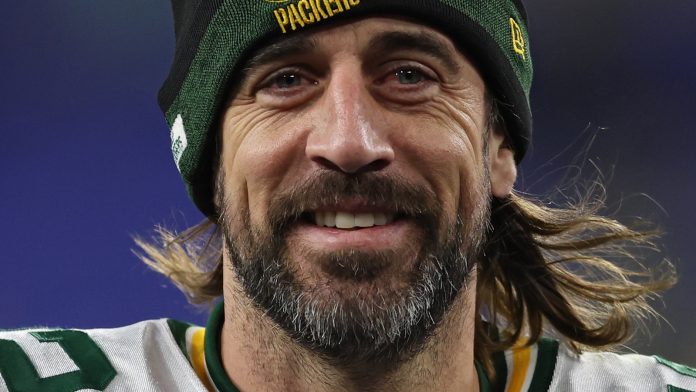 Aaron Rodgers brought a Nicolas Cage “Con Air” vibe to the Packers training camp. The Twitter account for the Green Bay Packers shared a video of the quarterback looking like the twin of Cameron Poe from the 1997 movie and tweeted, “Let’s do this.” In the viral video, Rodgers wore a white tank top and rocked a beard with long hair, giving many “Con Air” flashbacks. The Twitterati had many feelings about QB’s new look; some loved it, but

some didn’t. Barstool’s Kevin Clancy tweeted, “I love the internet man. For sure it’s ruined all of our lives and brains and emotional well being but Aaron Rodgers decided to tuck a wide beater into his jeans & let his hair blow in the wind & in just 28 mins, the whole timeline is Cameron Poe from ‘Con Air,’ and that’s awesome.” Another fan quoted a line from the film, tweeting, “Put the bunny back in the box…”

Some, however, were more critical of Rodgers’s training camp style. One critic tweeted, “Apparently, Aaron Rodgers has watched ‘Con Air’ a few too many times.” Another Twitter user commented, “This is an L.” In the end, Rodgers ultimately brought some fun into social media Even the NFL on CBS joined the peanut gallery about the Packers QB and tweeted, “Aaron Rodgers transformation into Cameron Poe is nearing completion.”