What will happen to us in the next few hundred years? Or a thousand? How will the Universe end? Nobody knows for sure, but we can gather all the existing theories together and find it out. Just a century from now humans will be the first living species outside Earth that we know of. In 1,000 years, humanity will accept technology not only in their lives but inside their bodies too. Ever heard about cyborgs? That’s exactly what every other human being will become in the future.

100,000 years in the future — and many of the constellations we know will become unrecognizable because of the natural movement of stars. At nearly the same time, Earth will celebrate the distant anniversary by a supervolcanic eruption, with hot magma and volcanic ash covering thousands upon thousands of square miles of land…

SUMMARY:
– In 100 years, technology will leap forwards, and we’ll all become part of a web larger than the Internet. We’ll also finally start colonizing nearby planets, most likely Mars.
– And here goes… 10,000 years from today. Antares, the red supergiant star that is fifteenth brightest in our night sky, will explode in a supernova.
– 100,000 years in the future — and many of the constellations we know will become unrecognizable because of the natural movement of stars.
– In 500,000 years, our planet will be struck with a huge boulder from the sky: an asteroid of about a half mile in diameter. If humans don’t find a way to avoid the impact, it will cause mass destructions on Earth.
– In 1 million years, two out of four moons of Uranus will collide with each other, causing chaos on the planet.
– Just 400,000 years later, Phobos, one of Mars’s two satellites, will break apart because of increasing gravity, and the red planet will have its own set of rings, just like Saturn.
– 110 million years from now is when the Sun will become 1% brighter. It will change the climate on every planet in the Solar system, ever so slightly making it hotter and hotter still.
– 4 billion years from now the Milky Way galaxy will collide with the Andromeda galaxy.
– In 7.9 billion years, the Sun will become super-inflated and turn into a red giant, swallowing the closest planets — including the scalding hot piece of rock that was once Earth.
– In 100 billion years, the Universe will stretch so far and so fast that galaxies will become invisible from each other’s perspective.
– In 1 trillion years, new stars will stop appearing in space.
– In 100 trillion years, the Degenerate Era will begin. With no fuel to feed the new stars, they will simply stop forming at all, even if some tried at first.
– In 120 trillion years, only white and brown dwarf stars will remain where normal stars have once been.
– In 1 quadrillion years, all planets will be thrown out of their orbits and sent drifting in the cold, dark outer space.
– 1 quintillion years, and things that once were stars will also become ejected from their galaxies, wandering the empty Universe for the rest of their time.
– Now, for quintillions of quintillions of years, there will be nothing; this period is called the Dark Era, and time won’t matter at this point.
– The false vacuum has just inflated and heated up to extreme temperatures, exploding in the empty space and filling it with new energy.
– Giving life to the new universe — and possibly not even a single one. You know this event as the Big Bang. That’s how our Universe was born, and how it will probably be reborn after billions upon billions of years. 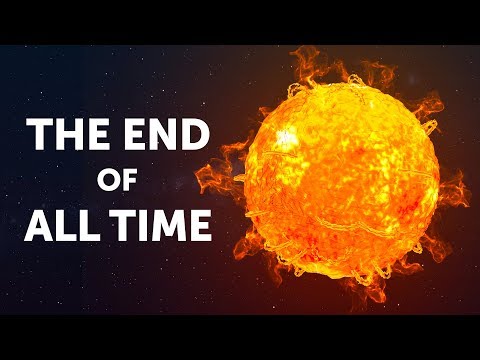 11 Riddles That Will Wake You Up Better Than Coffee

What Happens to Luggage If Nobody Takes It

17 Wrong Habits We Get from Childhood

Step-by-step guide in selling a house