Wowplus
Home Communities How To 7 Books That Will Make You a Savvy Investor (Without Putting You...

If you’re confused and a little intimidated by investing, you’re not the only one. Retirement is far away for a lot of us, so it’s easier to focus on living life now and leave the scary topic of investing for later.

But if you wait too long to learn about investing, your retirement will be less “Golden Girls” and more like “2 Broke Girls.”

The good news is that investing doesn’t have to be difficult. As our good friend Warren Buffet says, temperament is more important than intellect. And temperament is easier to adjust than stock options.

So if investing isn’t a priority for you but you want to make it one, you’ll want to start reading books that set you up with the right assets and mindset. Heck, they could even set you up to retire early.

Set Yourself Up for Success With the 7 Best Investing Books

Here are seven of the best investing books to read before diving into the world of stocks, bonds, mutual funds and all those other confusing investment options.

1. ‘Your Money or Your Life’ by Vicki Robin and Joe Dominguez

“Your Money or Your Life: Transforming Your Relationship With Money and Achieving Financial Independence” is a nine-step guide to managing money and achieving financial independence. The book advocates calculating how many hours of work something costs you instead of how much money it costs. Then, it shows readers how to invest to ensure they won’t have to work forever.

Authors Vicki Robin and the late Joe Dominguez retired early using the principles they write about. Robin is passionate about sustainable living, and Dominguez combined frugality and a high savings rate to retire at 31.

“[The book] encouraged me to scrutinize my spending, and habits and patterns quickly emerged,” Concepción de León, digital staff writer at The New York Times, recently wrote. “There are spreadsheets and expense tracking, simple graphs and investment recommendations — but what I took away from it was a shift in thinking.”

2. ‘The Simple Path to Wealth’ by JL Collins

When I started saving for retirement, this was the first book everyone recommended to me. JL Collins is a blogger best known for his series on investing called the “Stock Series.” He wrote the series for his daughter, who wanted to save for retirement but didn’t want to obsess over it.

In 2016, he compiled the series of blog posts into a book called “The Simple Path to Wealth.” Collins offers simple solutions for building wealth for those who don’t geek out about investing. Of the books listed, “The Simple Path to Wealth” probably has the most aggressive recommendations, making it a great read for millennials who have time to endure the ups and downs of the market.”

3. ‘The Richest Man in Babylon’ by George S. Clason 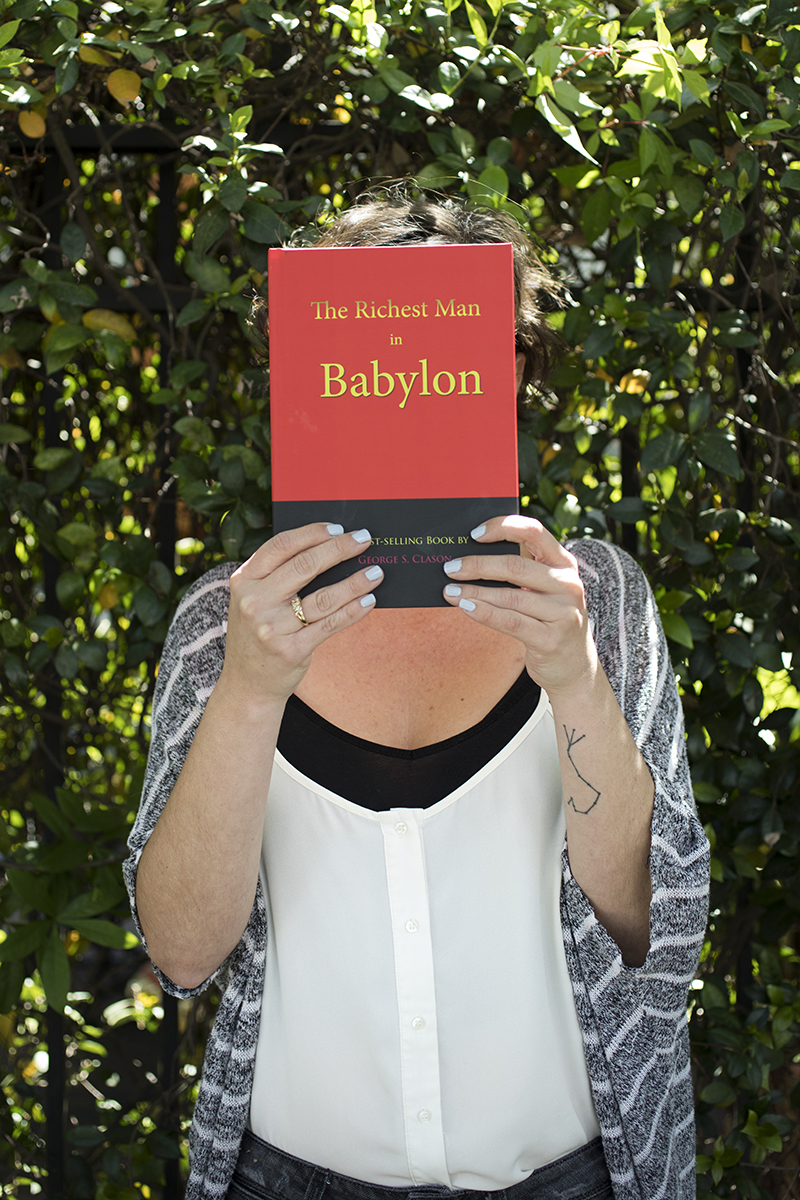 In 1923, George S. Clason’s map company published the first road atlas of the United States and Canada. He then published pamphlets for banks and investment institutions with parables about “paying yourself first,” or saving for your future self before spending.

He later compiled the best ones into his book, “The Richest Man in Babylon.” The book uses parables set in ancient Babylon to explain basic principles for saving and investing money. Some are about making your savings work for you; others focus on the value of hard work.

Arlene of From Pennies to Plenty liked that the book was easily digestible. “It’s divided into short chapters, each with a story and lesson, and the entire book can be finished in a few hours. The lessons are stated in a practical way too.”

4. ‘The Little Book of Common Sense Investing’ by John Bogle

If you like to break up the monotony of words with easy-to-understand charts, graphs and tables, you’ll like “The Little Book of Common Sense Investing.” Author John Bogle is the founder of Vanguard Group and the father of the index fund, so he kind of knows what he’s talking about.

But if a book about index funds written by the guy who invented them sounds a little suspicious, don’t write it off yet. Bogle uses historical evidence from the market and experts in the financial industry who corroborate — even if they don’t necessarily agree with — his ideas.

5. ‘The Only Investment Guide You’ll Ever Need’ by Andrew Tobias

Former Democratic National Committee treasurer Andrew Tobias has written extensively about investing, but he is best known for his book “The Only Investment Guide You’ll Ever Need.” It’s a big claim for a single book, but it does a great job covering topics using easy-to-read language. The book also includes more in-depth coverage of saving for college and estate planning than the other books.

Tobias originally wrote this book in 1978, and it’s been updated nine times since. So in addition to being one of the most entertaining books on the list, you can be confident the advice is up to date and takes into consideration 40 years of stock market history.

6. ‘The Four Pillars of Investing’ by William J. Bernstein 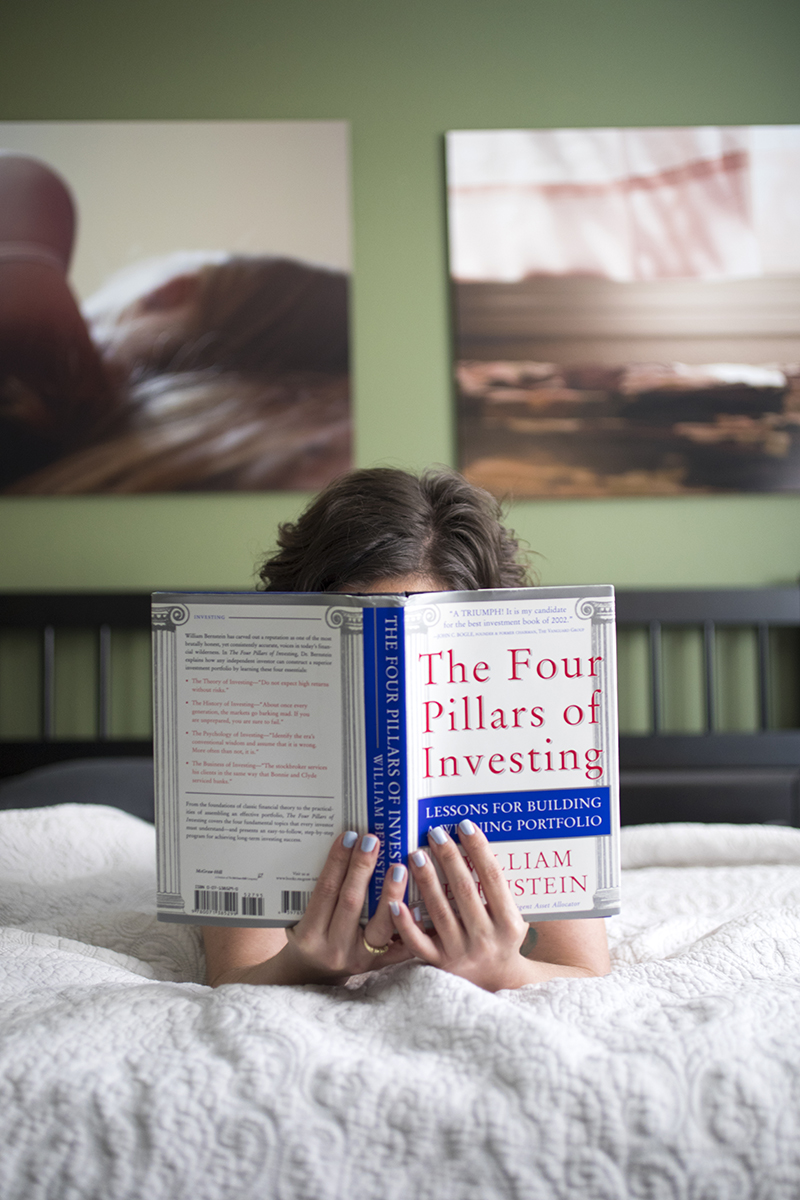 If you find enjoyment in investing and want to know more — but still hate numbers — “The Four Pillars of Investing” is a great next step. It’s got plenty of history and psychology, and very little math.William J. Bernstein is a former neurologist who started writing books in 2000 for individual investors who wanted to manage their own portfolios. He emphasizes a conservative, lower-risk portfolio to build wealth. The book “attempts to identify the underlying ideas behind sound investing. [Like] what ‘pillars of knowledge’ support good investing practice?”  wrote Trent Hamm of The Simple Dollar.

7. ‘The Millionaire Teacher’ by Andrew Hallam

Andrew Hallam was a school teacher who built a million-dollar retirement portfolio, and he did it way before he turned 40. “The Millionaire Teacher” explains nine rules of wealth you should’ve learned in school, like the rule of compound interest and the benefits of low fees.

Joe Udo of Retire by 40 — who did in fact retire by 40 — highly recommends the book. “[It’s] his own compelling story of how he became a millionaire on a teacher salary,” Udo wrote. “It is not impossible. Anyone can do this; it just takes a lot of time. He didn’t use any tricky get-rich-quick gimmicks.”

How to achieve your weight loss goal in 2021

6 Place to buy Bitcoin with PayPal

8 Foods That Could Help Your Hair Grow Faster

How Food May Affect Your Sleep

When to Invest in the Stock Market, Needed YES

A useful online platform to summarize the text

How to Make Your Butt Rounder in Just 2 Weeks

how to make your buttocks bigger without exercise

How to Make Your Butt Rounder and Bigger Naturally