2019 presidency: Buhari reveals one legacy he must leave behind 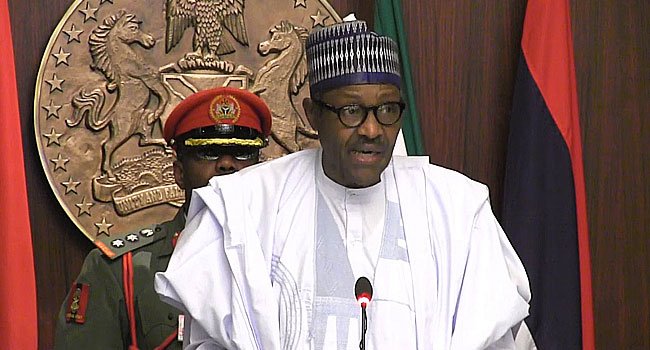 President Muhammadu Buhari has said that securing Nigeria’s future was the legacy he desired to leave behind.

Buhari also vowed that he will not shield anyone who is brazen enough to embezzle public funds; or betray peoples trust, adding that such persons will face the music in due course.

He made this pledge at a town hall meeting organised by the Directorate of Youth Moblisation, Buhari Presidential Campaign Council on Friday in Abuja, according to NAN.

He said, “Our future must be secured at all cost; that is the legacy I want to leave behind.

“I will continue to work towards improving on security and national integrity, and continued growth and development of our economy.

“Since 2003, this administration has implemented policies aimed at the three main issues—security, economy and fighting corruption.

“Those who know me know that I don’t make promises I cannot keep; but I assure you that young people will continue to be part of this administration even as we consolidate on the gains so far and more to come.’’

He said that with over a population of 70 per cent of youths making up Nigeria’s 180 million people, youths were as important presently as they would be in future.

According to him, the voting population of young people is the determinant factor in any election that any politician cannot neglect.

The president expressed his sincere appreciation for the support from young people during his presidential ambitions from 2003 to date.

“I will like to assure you and other young people who are not here that I remain committed to the cause of a better Nigeria for you and for every generation.

“I am still committed to the pledges I made to the country in 2015 and I stand before you today to renew those same pledges that I will continue the fight against corruption.

“I can assure you that no one, no matter who or what will make me compromise on fighting corruption.

“I will not shield anymore who is brazen enough to embezzle public funds; or betray peoples trust. They will face the music in due course,’’ he said.

Earlier while fielding questions from the youths, Buhari said his experience as the Petroleum Minister under former President Olusegun Obasanjo was brought to bear in tackling perennial fuel scarcity.

On infrastructure, he said that his administration had creditably acquitted itself in three years in spite of earning far less than the previous administration.

Buhari said that in spite of the huge earnings, the roads were in sorry state as they were last rehabilitated during his days at the Petroleum Trust Fund (PTF).

He said that the railway was virtually dead and there was no power even as some key actors in the previous government admitted they spent N16 billion U.S. dollars on power.

“But you know more than I do; where is the power? When we came, we were quite unfortunate, one, the price from about 80/90 dollars per barrel then came down to 37/38 and was oscillating between 40 and 50 dollars.

“All the same, from the time we took over till now, we tried to do the road, to do the rail, and to do the power,’’ he said.

The Minister of Power, Works and Housing, Mr Babatunde Fashola and the Minister of Education, Adamu Adamu also responded to questions relevant to their ministries.

On his part, Mr Tony Nwoye, Director of Youth Mobilisation for APC Presidential Campaign Council, said he was delighted that Buhari spared some time to interact with the youths.

He said he was confident that Buhari was committed to a credible, free and fair election and urged the youths to protect their votes