Boys that like (very loud, very fast) toys better buckle up. The next 12 months is set to be a bumper year for car releases, with all the big names from Aston Martin to Ferrari announcing new sets of wheels.

Whether you’re in the market for a new Mercedes or just fancy window shopping BMW’s souped-up SUV, here’s our pick of the best premium launches coming in 2017.

After massive success launching the DB11, Aston Martin has announced it is updating the V8 Vantage.

If the price tag’s not quite baller enough for you, a more expensive convertible version is set to follow. All in time for a new Bond. Found the standard GTC4Lusso a bit flashy? The T version might be more up your street. This re-work trades the V12 engine for a V8, and four-wheel drive for rear-wheel, making it much lighter as a result.

Despite these scaled-down specs, it’s still a Ferrari – so it’s probably not going to come cheap. It is expected to come with a slightly smaller price tag than the regular version’s £230,000, though. Phew. Thanks to a new design team at Audi, the latest A6 is expected to be a different beast. There are rumours of a brand new sporty design, and a peep under the bonnet shows it’s all change there, too.

Cutting-edge engine and gearbox technology featuring electric turbochargers mean it’s 100kg lighter than the outgoing version. While this makes it sharper to drive, you might not need to – it also features next-generation self-driving tech. Welcome to the future. BMW’s recent focus on building ultra-efficient, yet sexy, cars continues with the launch of the i5 this year.

Little information is available yet, though the consensus seems to be that it will be a crossover plug-in and hybrid model that closely resembles the current i-range; continuing to push towards the German manufacturer’s aim of zero CO2 emission cars in the coming years. ‘Race on Sunday, sell on Monday,’ or so went Ford’s old mantra. This all-encompassing attitude to cars has led to some spectacular sporting models for sale alongside its more practical releases. The GT is perhaps the most hotly anticipated of either category.

The original run has already sold out, but a second batch of the twin-turbocharged model has been approved for 2017. You can’t just pop down to the garage to order one, though. Ford has a strict application process during which it decides if you’re worthy of owning this mean machine. It might have had a facelift that’s taken it from safari to school run on the outside; but underneath, the Land Rover is still a beast.

Maintaining all the same outdoors credibility as before, clever Terrain Response technology ensures optimum grip while a ‘transparent’ camera effectively lets you see through the bonnet, making off-road manoeuvring easier. It even connects to a smartphone app so you can make sure the seat is back to your preferred spot before you get in. 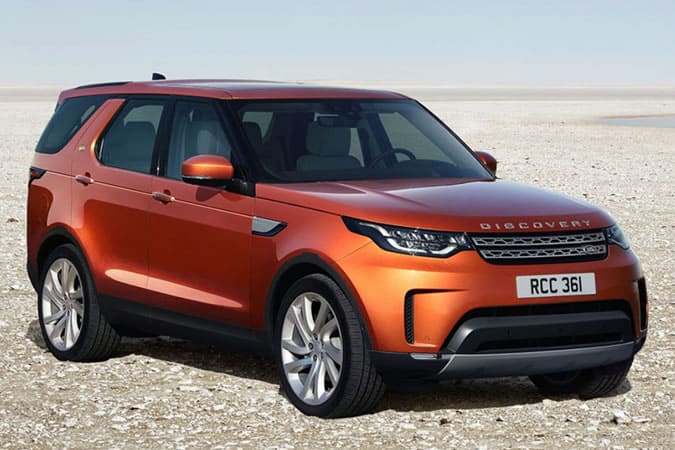 If it ain’t broke, don’t fix it, and the interior of the AMG-GT Roadster was far too slick to mess with.

So thanks to Mercedes for keeping the updates on the outside with 2017’s version. It’s got a fabric roof that raises in 11 seconds, adaptive suspension that varies settings depending on road surfaces, plus four-wheel steering. But if you fancy one, you better get saving, as it’s likely to break the bank.