Why is Van Dijk in demand? 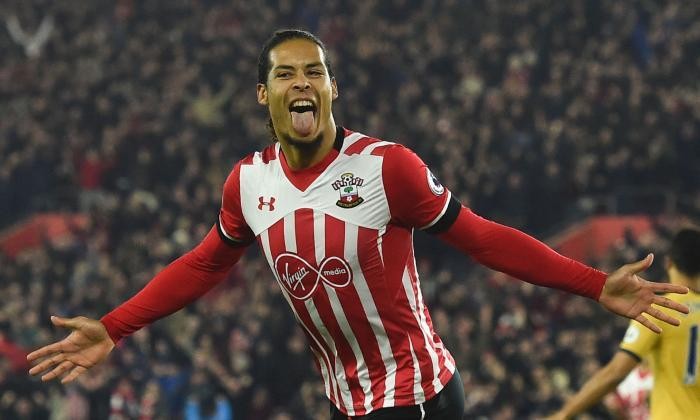 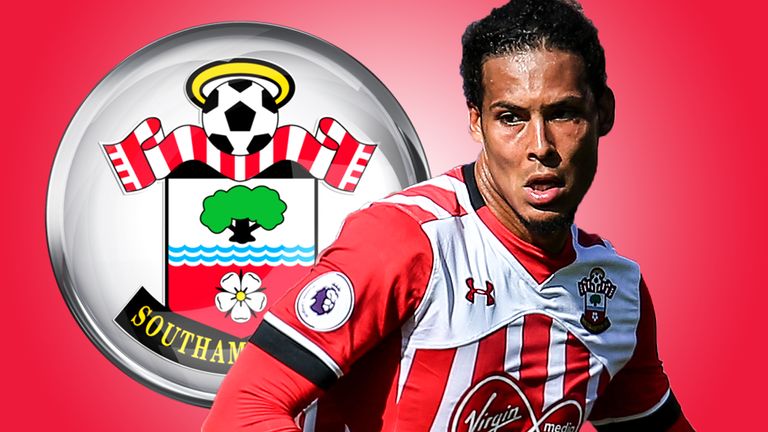 Why would Liverpool want Virgil van Dijk? We assess his qualities

Southampton defender Virgil van Dijk has emerged as a £50m target for Liverpool. So what makes the Dutchman so special? Adam Bate takes a look at why he’s in demand…

It did not take Virgil van Dijk long to earn a reputation as one of the best defenders in the Premier League. Southampton’s player of the year in his first season at St Mary’s, the campaign just gone was truncated by injury but that has not discouraged the likes of Liverpool from pursuing his signature.

Teams know Van Dijk has qualities that they need.

The most obvious asset that enables Van Dijk to be a top-quality centre-back is his size. At 6’4″ he has the build to deal with even the most robust Premier League centre-forwards and that is reflected in his statistics. In the 2015/16 season, he won more aerial duels than any other player in the Premier League. But it was not always that way for the young Van Dijk.

Virgil van Dijk has told Liverpool they are his preferred destination this summer, ahead of Chelsea and Manchester City.

“He had to become stronger and fitter,” recalls Pieter Huistra, the man who gave him his debut at FC Groningen. “He was tall but easily off balance. Once that was all in place, it went more smoothly and he took a lot of the initiative himself. From the moment he joined the first team, I saw him investing in himself, going to the gym and becoming a stronger player.”

Unusually, this strength in the air is coupled with considerable pace on the ground too. This is a particularly important quality in top teams because they are likely to defend with a higher line. So while Van Dijk is an efficient box defender – making more clearances per 90 minutes than any Southampton player – he can track runners on the counter-attack too.

Playing for a Premier League club such as Liverpool also brings with it greater pressure as Van Dijk’s performances will be scrutinised more regularly. But he has experience in that regard at Celtic and, once again, has made great strides since his younger days when he was viewed by his coaches at Groningen as too lackadaisical in his approach.

“I thought he was much too laidback,” former coach Dick Lukkien told Sky Sports. “It was a challenge to change his mentality because he didn’t trust me at first and he’s someone who needs to have a bond with his trainer. He thought I was too direct. I think he thought I didn’t like him. But I saw his talent and when I see talent I want to get it out.

“The key was getting him to do it every day in every session. You have to give your best every day. He was too easy. Sometimes he’d train hard, other times he’d train at 50 per cent or 60 per cent. This was the biggest thing he had to improve. It took six months to get him to trust me and after that he did trust me, we spoke a lot and it went very fast from there.”

Of course, there is more to Van Dijk than his physical and mental qualities. Technically, he is among the most gifted defenders in the Premier League. He is extremely comfortable with the ball at his feet – something that makes him ideally suited to playing for the strongest sides. “He’s got the technical attributes,” added Lukkien. “He’s a very good player.”

As well as an impressive pass completion rate, according to Opta, the Dutchman is yet to make a single error leading to a goal in 55 Premier League appearances. That differentiates him from the centre-backs already at Anfield. Dejan Lovren, Ragnar Klavan and Joel Matip were all responsible for mistakes that led to goals for Liverpool’s opponents last season.

Jurgen Klopp will be hoping for more than just error-free performances if he can bring Van Dijk to Liverpool. The team’s cumbersome build-up play was a factor in their inability to break down defensive-minded opponents last season, but quality distribution from deep could help to change that. Van Dijk’s range of passing is a difference maker.

In fact, the 25-year-old boasted a long-pass accuracy of 62.6 per cent in the Premier League in 2016/17. That was better than any other centre-back and far superior to Liverpool’s defenders. Lovren and Klavan connected with fewer than half their long passes and while Matip was a little better, none possess Van Dijk’s accuracy in getting his team up the pitch. 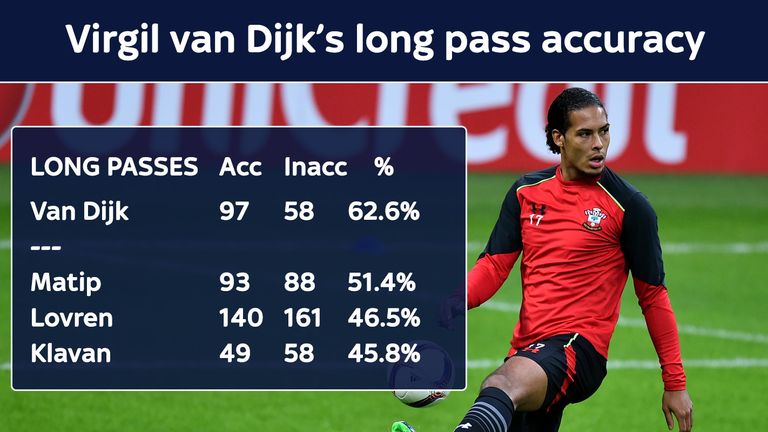 The phrase ‘complete defender’ feels made for Van Dijk. Not only does he have the physical and technical attributes required, he is now at the perfect age to deliver consistent performances for a long time to come. The fact that he has already shown he can do it in the Premier League is likely to convince clubs that he is all but a guaranteed success.

“I’m impressed with how he’s developed, but it hasn’t surprised me because I knew what he was capable of,” Lukkien told Sky Sports. “He’s a player for one of the top six teams in Europe. He can make another step.” If Liverpool can lure him to Anfield to bolster their forthcoming Champions League campaign then it seems that step will be coming very soon.