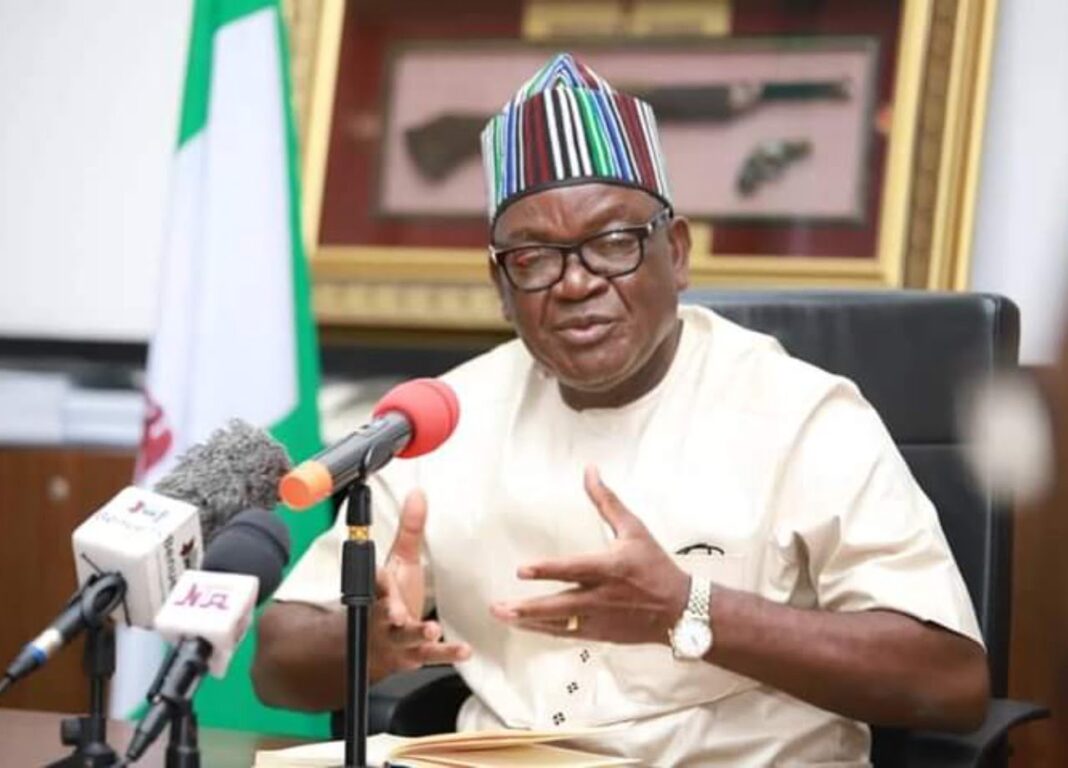 Benue State Governor, Samuel Ortom, says his emergence as the fifth democratically elected Governor of Benue State and the selection of believers as Paramount Rulers in the two dominant tribes in the state is a manifestation of God’s grace upon the State.

He explained that it is this same grace that made it possible for him to be the 5th Governor while the paramount rulers of Tiv and Idoma nation are also the 5th in the emergence.
Governor Ortom gave this hint on Sunday, January 30, 2022, at the Makurdi residence of former Commissioner for Information, Culture, and Tourism, Hon Ngunan Adding, during a reception in her honor following a thanksgiving service.

Also Read: Davido and Wizkid hug out their differences at Lagos nightclub (Video)

He said this is enough blessing to be appreciated, stressing that all should share in the grace and be confident that Benue will come out of its challenges stronger.

The Governor described Mrs. Addingi as a woman of virtue and principles who distinguished herself in service to the State.

Also Read: How To Apply For Car Loan

Particularly, Governor Ortom recalled how the former commissioner who was a member of the 8th Benue State Assembly declined monetary offers to take sides with those he described as “evil forces who rose against me just for standing in defense of my people to impeach me. This woman rejected the financial inducement to sign the impeachment against me. I celebrate her. I celebrate her husband. And I# bless her for her commitment to the service of Benue state.”

While appreciating those who took their time to celebrate with Mrs. Addingi on her thanksgiving, Governor Ortom described her action as a demonstration of integrity, fairness, justice, and equity for the people, saying Benue land must not be compromised for whatever reason.

Governor Ortom later paid a condolence visit to the family of late Celestine Stanley Pine, who died on January 17, 2022, at the Jos University Teaching Hospital after a protracted illness.

The Governor, while consoling the bereaved family, prayed God to grant the deceased eternal rest, adding that only God gives and takes life and should be appreciated at all times for good or bad.

He urged the bereaved family to be strong and build on the legacies of the deceased, even as the eldest son of the deceased, Master Tersoo Pine, thanked the Governor for his support and condolence visit.