Want to know how much added sugar is in your favourite foods? Canadian companies don’t have to tell you 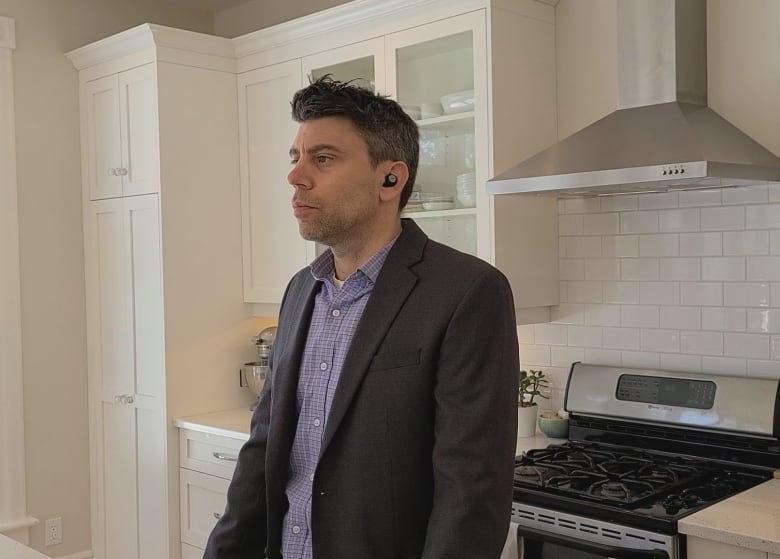 Despite having to disclose many details about ingredients, specific allergens, calorie counts and other nutritional information on labels, food manufacturers are not required to include the amount of added sugar a product contains and don’t have to disclose that information to an inquiring consumer, a CBC Marketplace investigation has found.

As part of its latest investigation, Marketplace reached out to the Coca-Cola Company, General Mills and Campbell Canada, asking how much added sugar is in some of their popular products: Coca-Cola’s Vitaminwater calcium orange, General Mills’ Liberté organic vanilla 0% yogurt, and Campbell’s condensed tomato soup.

Only one company told us how much added sugar is in its product — and it turns out, they don’t have to.

“I’m not surprised,” said David Hammond, professor and university research chair in public health at the University of Waterloo.

“I don’t think it’s in their interest to talk about just how many of their products and at what levels they add sugar.”

Under Canada’s Food and Drugs Act, Canadian food labels must list the total amount of sugars, which includes added sugars and any naturally occurring sugars like those in dairy, fruit and vegetables. The labels do not have to specify how much sugar the manufacturer has added to the product, often just for taste.

In an email, Health Canada said “the Food and Drugs Act and its regulations do not permit the declaration of added sugars information in the nutrition facts table.”

However, Health Canada told Marketplace that, “Consumers are free to contact manufacturers directly to seek additional information about foods or ingredients that are not on the list of priority allergens or about added sugars in a product. While many manufacturers will provide such information, there is no obligation on the part of the manufacturer to do so.”

Back in 2015, Hammond researched the presence of added sugar in over 40,000 packaged food and beverage products available on Canadian store shelves by analyzing the ingredient list. He found added sugar in two-thirds of products, and he doesn’t believe anything has changed in the years since the study was published.

“It’s not just cookies and cakes. Most Canadians would be surprised to learn that some of the leading sources of added sugars are things like yogurt, bread,” said Hammond.

Marketplace bought the Vitaminwater, yogurt and soup products and tried to determine how much added sugar was in each.

With only total sugar required on a Canadian food label, Marketplace worked with registered dietitian Stefania Palmeri to work out the nutrition math.

In contrast, there is just five grams of total sugar per ¾-cup serving in Liberté’s organic plain 0% unsweetened yogurt.

Palmeri’s best guess is that compared to the plain version, the vanilla yogurt has a whopping 14 grams of added sugar per ¾-cup serving, or about three teaspoons. Four grams of sugar is equivalent to about one teaspoon.

“We’re not sure how much of this is added, but we’re still not doing well if this is the first thing we start with in the morning,” Palmeri said.

When Marketplace asked General Mills how much added sugar is in the yogurt, the company said it follows Health Canada labelling regulations, which include the labelling of total sugars in the product.

Unlike in Canada, added sugar is now listed on all nutrition facts labels in the United States — including the label for Campbell’s tomato soup. That’s because it’s now required in the U.S. under new regulations from the Food and Drug Administration (FDA).

On its U.S. website, the American Campbell’s tomato soup is listed as having eight grams of added sugar per 240-millilitre serving.

WATCH | Here’s how much added sugar is in this tomato soup:

This tomato soup has added sugar. But you won’t find how much on Canadian nutrition labels. 2:38

When Marketplace called Campbell’s Canadian consumer line, no information about added sugar was provided for the product sold in Canada. However, later in emails, Campbell’s said it is “prohibited” by the Food and Drugs Act from including added sugar on the label, but did explain that the tomato soup it sells in Canada has 11 grams of added sugar in one 250-millilitre (one-cup) serving.

Despite the slightly larger serving size, that is still more sugar than the U.S. product.

“I don’t think most people have an awareness of how many places added sugars can be hidden,” said Palmeri.

“When you’re looking at a tomato soup thinking, ‘I’m trying to eat more vegetables,’ you wouldn’t expect one of the ingredients to be glucose-fructose.”

Coca-Cola, the owner of Vitaminwater products, refused to tell Marketplace how many of the 32 grams of total sugar in its product are added sugar.

However, it did say “too much sugar isn’t good for anyone,” and noted that it offers many low- or zero-sugar drinks including zero-sugar Vitaminwater.

Palmeri suspects all of it is added, considering the second ingredient in the water is cane sugar. In the U.S., the label for Vitaminwater orange lists 27 grams of sugar, all of it added.

Hammond says consumers deserve to know about added sugar in their food.

“We need to do something because the status quo certainly isn’t helping consumers at all,” he said.

But industry stakeholders pushed back, questioning the scientific basis of requiring that added sugars be on nutrition labels, “given that the body metabolizes naturally occurring and added sugars in the same way.”

Industry stakeholders also expressed other concerns, including the cost of declaring added sugar information on labels, and cited U.S. research that found consumers had a “limited understanding” of what added sugar means.

It’s not clear which companies or manufacturers participated in the pushback.

In emails, Marketplace asked Health Canada why added sugar will not be on the new nutrition labels, which are currently rolling out across the country.

Health Canada replied that feedback in 2014 indicated that Canadians found the information about added sugars “confusing.”

Health Canada also said it determined that having an added sugars declaration would be inconsistent with the WHO guideline on sugars, which recommends that people reduce their consumption of free sugars and not just of added sugars. Health Canada also told Marketplace it believes that information on the new labels — including the “% daily value” (DV) and a new footnote indicating “5% or less is a little, 15% or more is a lot” — will help educate consumers.

Health Canada also introduced the requirement to group sugars-based ingredients together within the list of ingredients following the term “sugars.” The agency says that, “Together, these new requirements will support reduction in Canadians’ sugars intake.”

Hammond strongly disagrees and says research shows more Canadians were able to identify the presence of added sugar in a product when information for added sugar was clearly indicated on the nutrition label.

“Canadians are trying to make healthier choices … and one of the things they care about is how much added sugar is in there,” he said.

“This should not be rocket science.”