US warns of ability to take down Chinese artificial islands 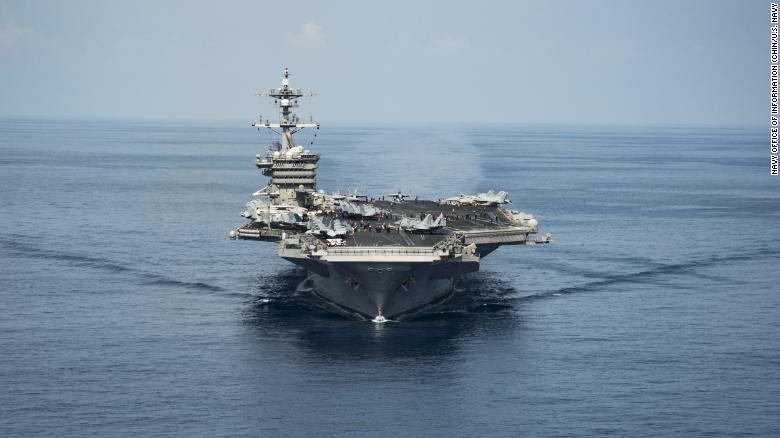 US warns of ability to take down Chinese artificial islands

The Pentagon on Thursday ratcheted up rhetoric about China’s militarization of islands in the South China Sea, even as the Trump administration presses China for cooperation on North Korea.

When asked by a reporter about the ability of the US to “blow apart” one of China’s controversial man-made islands, Lt. Gen. Kenneth McKenzie, director of the Joint Staff, told reporters, “I would just tell you that the United States military has had a lot of experience in the Western Pacific taking down small islands.”
His comments come amid growing tension in the hotly contested region, as the US ramps up freedom of navigation operations in response to China’s steady militarization of its artificial islands.
The US Navy sailed two warships within 12 nautical miles of the disputed Paracel Islands in the past week, the first time it has used more than one vessel in the operations, which are meant to demonstrate the right of free passage in international waters. 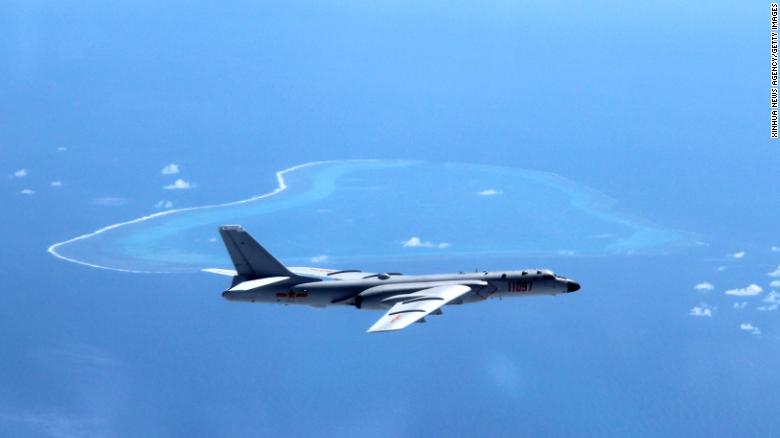 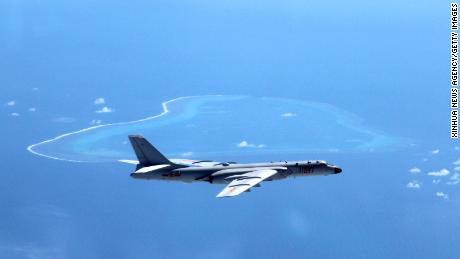 The West may be too late to stop Beijing in S. China Sea, says analyst 05:13
On Wednesday, Adm. Harry Harris, outgoing head of the US Indo-Pacific Command, said China was the US’s “biggest long-term challenge” in the region. “Without focused involvement and engagement by the United States and our allies and partners China will realize its dream of hegemony in Asia,” he said.
The Chinese government has reacted furiously to the recent US statements. At her regular press conference on Thursday, Chinese Foreign Ministry spokeswoman Hua Chunying said the US accusing China of militarizing the region was “like a thief crying, ‘Stop thief!’.”
“Why does the US choose to sail every now and then close to Chinese South China Sea islands and reefs? What is the US trying to do?” she said.

US military is ‘prepared’

As one of the most senior officers in the Pentagon, McKenzie’s words carry particular weight.
He serves as a top official for Gen. Joseph Dunford, chairman of the Joint Chiefs of Staff, and frequently is in meetings with both Dunford and US Defense Secretary James Mattis. On Thursday, McKenzie made clear the US military is “prepared” to “protect US and allied interests in the region.”
US admiral says China is Asia’s biggest long-term threat
McKenzie said the United States had a lot of experience “taking down small islands that are isolated,” referencing US military operations during World War II where thousands of US troops died as they fought their way across several islands in the Pacific.
“So that’s a core competency of the US military that we’ve done before; shouldn’t read anything more into that than a simple statement of historical fact,” he said.
The United States regularly conducts freedom of navigation operations in the South China Sea. During the latest operation, the US said a Chinese ship operated in an unprofessional manner close to the US Navy ships.
McKenzie indicated the US would not back off, saying that “we will continue to conduct freedom of navigation operations as is allowed by international law. And we’re going to continue to do the things that we’re doing.”
US rebrands Pacific Command amid tensions with China
Mattis said earlier this week that China had not lived up to its claim that it wasn’t militarizing the area. “They have done exactly that, moving weaponry in that was never there before.”
US surveillance has shown the movement of Chinese anti-ship and anti-aircraft missiles onto their artificial islands during recent drills. And earlier this month, Chinese state media announced that a nuclear-capable Chinese bomber had landed on an island for the first time.
Mattis also said the “steady drumbeat” of naval operations in the region would continue.
“We are also going to confront what we believe is out of step with international law, out of step with international tribunals that have spoken on the issue, and part of this is we maintain a very transparent military activity out in the Pacific,” he said.
Share
Facebook
Twitter
WhatsApp
Pinterest
Linkedin
ReddIt
Email
Print
Tumblr
Telegram
Mix
VK
Digg
LINE
Viber
Naver
Previous articleKim Kardashian meets with Trump to discuss prison reform
Next articleBaha Mar, the largest casino and hotel complex in the Caribbean, is open