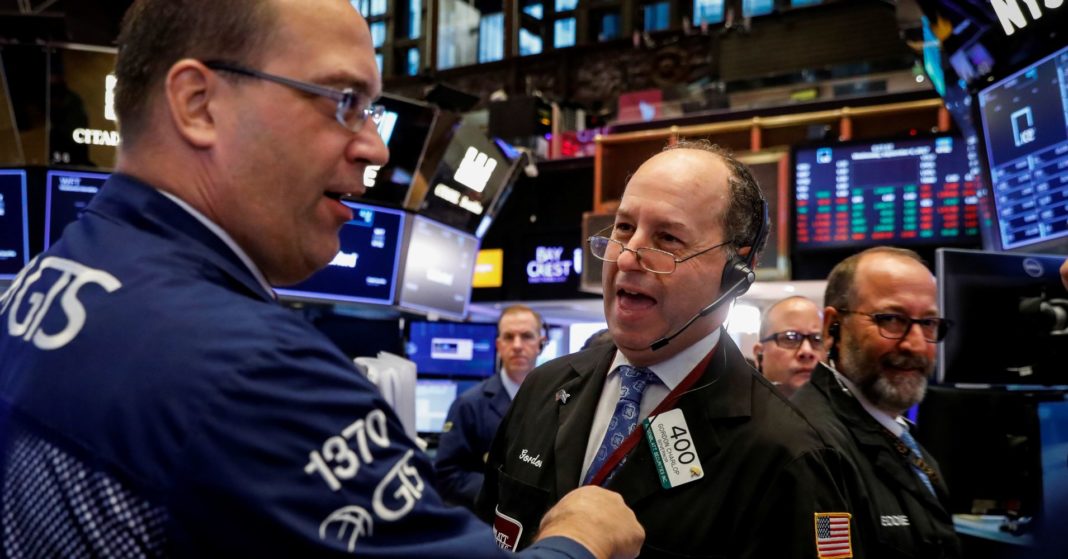 U.S. stock index futures fell ahead of Thursday’s open as investors took a breather following a massive rally in the previous session.

At around 7:10 a.m. ET, Dow Jones Industrial Average futures slipped 57 points, indicating a decline of 76.43 points at the open. Futures on the S&P 500 and Nasdaq 100 also signaled declines at the open.

Wall Street saw a stellar session on Wednesday, with the Dow Jones Industrial Average closing up over 600 points following a speech by the chair of the Federal Reserve. On Wednesday, Jerome Powell said at an event in New York that he deems the Fed’s benchmark interest rate to be close to a neutral level; which marks a step away from comments made in recent months.

Back in October, Powell stated that the U.S. was a “long way” from hitting neutral, when it came to interest rates — which indicated to markets that more rate hikes were on the horizon. Consequently, Powell’s comments on Wednesday caused stocks to rise both domestically and overseas.

Sticking with the U.S. central bank, minutes from the last Federal Open Market Committee meeting, which took place earlier this month, are due out at 2 p.m. ET. Investors will be keeping a close eye on this release, to see if there are any further clues as to where monetary policy is heading. A number of Fed officials are also slated to speak in Boston, Massachusetts on Thursday.

On the economic front, jobless claims, personal income and outlays are all due out at 8:30 a.m. ET, followed by pending home sales at 10:00 a.m. ET.

Elsewhere, investors continue to look ahead to a G-20

which takes place this Friday and Saturday. Trade relations between the U.S. and China will be a key topic up for discussion, especially since both nations’ leaders will be attending the event.