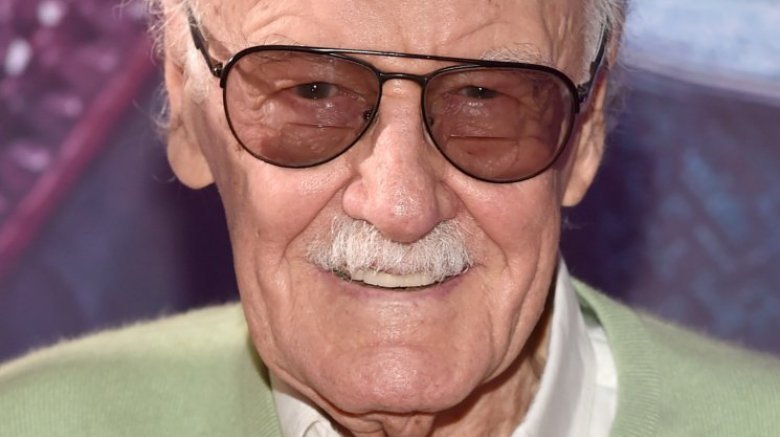 According to the comic book legend’s certificate of death, which was obtained by TMZ on Tuesday, Nov. 27, 2018, Lee died from cardiac arrest caused by respiratory failure and congestive heart failure earlier this month. The document went on to list aspiration pneumonia, which is caused by the inhalation of food, stomach acid, or saliva into the lungs, as a “significant condition” contributing to his death.

As Nicki Swift previously reported, Lee sadly passed away at around 9 a.m. on Nov. 12, 2018, after being rushed to Cedars-Sinai Medical Center from his home in Hollywood Hills, Calif. He was 95 years old. Throughout 2018, the pop culture icon’s health had unfortunately worsened. After being hospitalized due to shortness of breath and an irregular heartbeat in January, he revealed the following month he’d been battling pneumonia.

Lee, whose wife of 69 years, Joan Lee, passed away at 93 years old in July 2017, is survived by his daughter, J.C. She’d previously told TMZ, “My father loved all of his fans. He was the greatest, most decent man.” According to the gossip rag’s latest report, Lee’s daughter has since received his ashes following his cremation.

Since the 1960s, Lee famously co-created a number of Marvel’s most beloved comic book heroes, including Iron Man, Black Panther, Spider-Man, and the X-Men. Over the last decade, he became known to audiences for his popular cameos in the Marvel Cinematic Universe.

Highlighting the impact he’s left on the entertainment industry, a number of fans and celebs quickly took to social media to mourn Lee’s passing — including Avengers stars Robert Downey, Jr. and Chris Evans. For his part, Iron Man‘s Downey posted a short but sweet tribute on Instagram, writing, “I owe it all to you,,, Rest In Peace Stan.” Meanwhile, Captain America‘s Evans tweeted, “There will never be another Stan Lee. For decades he provided both young and old with adventure, escape, comfort, confidence, inspiration, strength, friendship and joy. He exuded love and kindness and will leave an indelible mark on so, so, so many lives. Excelsior!!”

Our thoughts remain with Lee’s loved ones during this difficult time.