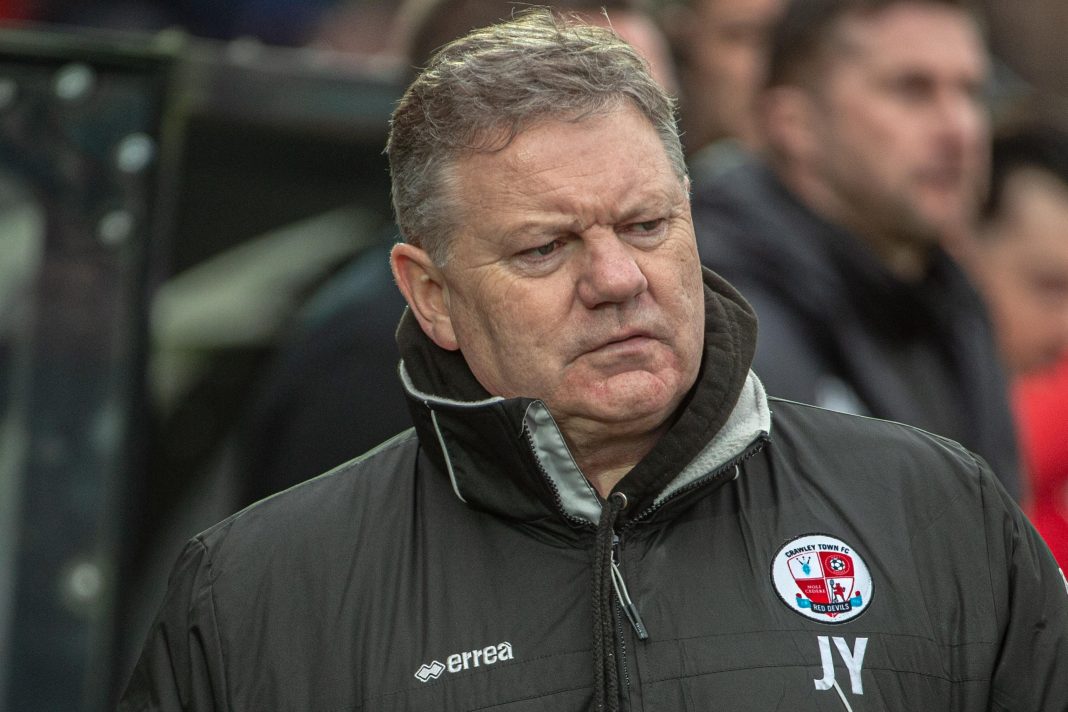 Crawley Town have sacked manager John Yems, days after it was revealed he had been suspended for allegedly abusing his own players with racist insults and running a segregated training ground where the club?s black stars use a separate changing room.

This comes a month afterFA had opened a probe into Crawley Town manager John Yems’ conduct after a group of Crawley players reported his alleged use of offensive language to the PFA, with the League Two club suspending the 62-year-old the next day.

Confirming his dismissal, Preston Johnson, co-chairman of Crawley said: ‘We? re looking forward to the next era.

‘We have an opportunity to build on more than 125 years of rich history and take this club to the next level. We’re eager to partner with our players and supporters as we build a team and community that Red Devils fans can continue to be proud of? both on and off the pitch.’

Crawleyassistant manager, Lewis Young, 32, the younger brother of Ashley, theAston Villafullback, is now taking the team, which has suffered three straight defeats since the accusations surfaced.