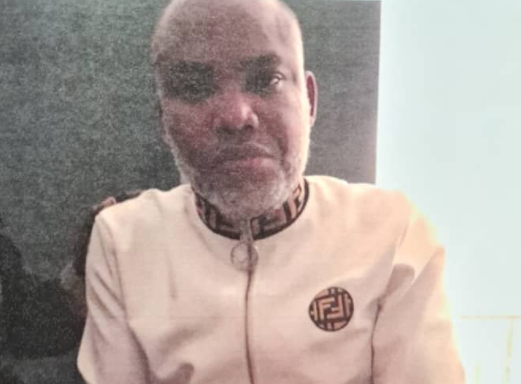 Justice Binta Nyako of the Abuja Division of the Federal High Court has ordered that the proscribed Indigenous People of Biafra IPOB, Nnamdi Kanu, be remanded in DSS custody.

The remand order was sequel to an application by the Federal government through its lawyer, Shuaibu Labaran.

Ruling on the request for his remand in the custody of the DSS, Justice Nyako held that the prosecution should inform Kanu’s lawyers of his rearrest and remand in the DSS custody.

The judge subsequently adjourned till July 26 for the continuation of the trial.

Kanu, who has been on the run after jumping bail, was arrested on Sunday, June 27, and extradited to Nigeria. Kanu was granted bail in 2017 but jumped bail and was declared wanted by the government. Apart from jumping bail, the Federal government is also holding Kanu responsible for various acts of violence in the SouthEast.