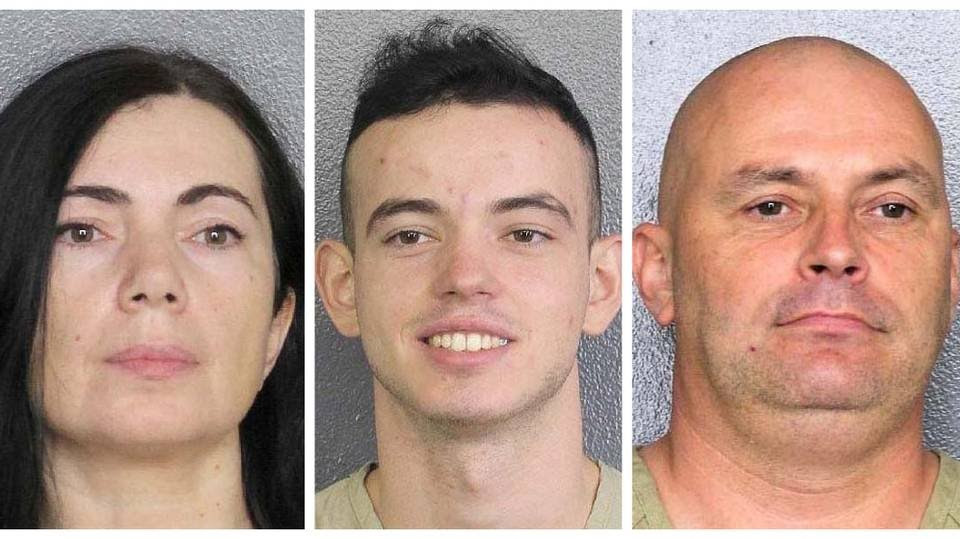 A man from Florida, US has been left permanently blind after an alleged anti-gay attack from the Ukranian family of his boyfriend.

The victim, who told police to respect his wish to remain anonymous, is a 31-year-old resident of Pompano Beach and says he was ambushed by the family member of his supposed boyfriend of nine months because they believed he had turned their family member gay.

Last week, the Broward State Attorney’s Office filed hate crime charges against three members of a South Florida family — Inna Makarenko, 44; Yevhen Makarenko, 43, and Oleh Makarenko, 21- all refugees from Ukraine but now residing in Florida— who are accused of “severely beating a man based on his sexual orientation.” They are facing charges of attempted murder, battery, and kidnapping.

Another member of the family, 25-year-old Vladyslav Makarenko, was transferred from Alabama to the Broward County jail system on April 11 for his alleged involvement in the attack according to a police statement on Thursday, April 21.

Police authorities said that the victim was attacked in early August 2021 and “has been permanently blinded and sustained other serious injuries as a result of the incident.”

On Wednesday night, April 20, a report by CBS Miami says a newly-released arrest warrant shows the victim told investigators that he had been in a relationship with Oleh.

According to the victim, Oleh told him that in late July 2021, his parents found out that he was gay. After that, hid father began “treating him poorly and not accepting him, and his mother was forcing him to marry a woman.”

The victim told police that on Aug 6, he suspected that something was wrong when Oleh asked him for his address, even though he had his own key and had stayed there several times.

Around 1 a.m., when the victim came to open the gate for Oleh, he also saw his family there, whom he recognized from photos Oleh had shown him.

Oleh appeared nervous and shouted “Go inside!” but the family forced their way into the victim’s apartment.

According to the arrest warrant, as the victim was being beaten, he turned to the mother and said, “Unfortunately, your son is gay.”

At that point “one of them grabbed an unknown object and struck him in the face, [the victim] stated. After falling to the floor, he pretended to be dead so they would believe he was dead and stop beating him.”

Hours after the alleged attack, a police officer who was at his building for an unrelated event saw the victim’s door open and saw him lying on the floor with blood surrounding him.

The victim, who was medically intubated for three weeks, did not initially tell police what happened. It was not until February that the man said “his memory of the incident” had returned and he wanted to press charges.

In addition to becoming blind, the man suffered extensive injuries, including a concussion, severe bruising and brain swelling, multiple fractures in his facial bones, and a fractured jaw. He’s had four surgeries and will need at least two more. He “has been told he will most likely never regain eyesight in either eye again,” according to the warrant.

The victim has also racked up over $100,000 in medical bills, the warrant said. “This crime was a senseless and unprovoked attack done onto a homosexual man, just due to the mere fact that he was homosexual,” Detective Ryan wrote.