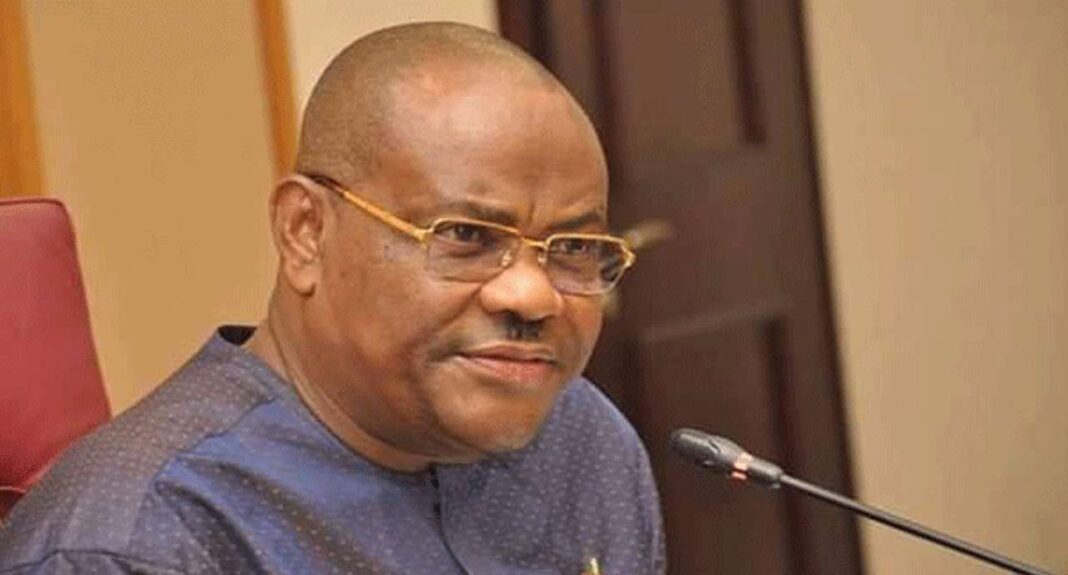 Rivers State Governor has criticized the federal government for being “indifferent” in the fight against soot in the state.

The governor accused the federal government, which he said controls the oil industry and the security agencies of being unresponsive to the soot pandemic and the damage it is inflicting on the health of the residents of Rivers State.

Wike made the claims during a meeting with traditional rulers and the 23 local council chairmen in the state at the Government House, Port Harcourt on Friday.

Governor Wike said the federal government was meant to fight illegal bunkering in the state the same it intends to fight insurgency in the northeast.

He said “I should think that the way the federal government intends to fight insurgency, is the way they should fight illegal oil bunkering because it is sabotage on the national economy. Very big sabotage. It affects our own revenue.

“It is the responsibility of the Federal Government to see how this thing can be stopped. As I speak to you, nobody has called me from the Federal Government to say how they can support us. But that is not my business. My business is the health of my people. I will not because the federal government is not interested to stop it, therefore my people should die. If everybody dies, who are you going to govern?”

The governor, therefore, urged the traditional rulers to join the fight against the operators of illegal oil refineries and mobilize members of their Community Development Committees and the youths to work together in dislodging them from their domain.